Little Noor Omar looks like her dad, even when she cries.

But he is a man she will never meet – and her mother is facing a sad an uncertain future raising her alone after she lost her soulmate in the March 15 terror attack.

Sanjeda Neha often cries when she looks at her baby girl, who turns one on Friday.

Mohammad Omar Faruk was murdered as he prayed at Al Noor Mosque just months before the birth of his first child.

Today his wife faced the man responsible for gunning down the father-to-be, as her harrowing victim impact statement was read in court.

She wept as her words echoed around the court, her tears cutting through the silence as her story of loss and was shared.

"There are two things I am feeling when I look at our baby emotionally.I feel like crying, I ask why has Allah taken him away - what sin have I committed that we have been punished for," she said.

"Sometimes I would rather die…" 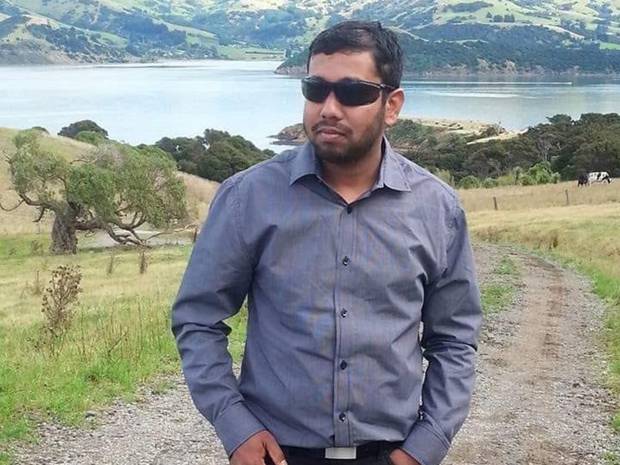 Omar Faruk and his wife Sanjida Neha had many plans once their baby arrived. Photo / Supplied

Faruk, 36, was one of 51 Muslims by Brenton Tarrant in the Christchurch terror attack last year.

His 20-year-old wife, living back in their native Bangladesh, was four months pregnant with his child.

Neha gave birth to their daughter – the first child of shooting victims to be born since the Christchurch terror attack – in August.

She named the baby girl Noor e Omar in memory of the father she will never meet and the city mosque Masjid Al Noor where he was shot dead.

"When I am alone I sometimes thing about Faruk… I cry when I am alone… but I have to be strong for my daughter," Neha said.

"When she breathes and cries she reminds me of Faruk."

Faruk and Neha married in Bangladesh on December 29, 2017.

He had been working in Christchurch as a welder since 2015 with plans to bring his wife and child out to New Zealand to build a home together.

Neha didn't think her husband was at Masjid Al Noor on Deans Ave when news came through about a mass shooting.

She had spoken to him that morning while he was at work.

Faruk hardly ever got the opportunity to attend Friday prayer at the golden domed mosque across Hagley Park as work came first and his religion allowed that. He would usually just pray in his own time.

But that day his boss let him finish early and he arrived at the mosque at around 1.

When the shooting started shortly after, Faruk and his friends tried to escape.

As they ran for their lives, Faruk was shot in the back.

When Neha saw that three people from Bangladesh had been killed she doubted her husband was among them.

"Faruk's name was on the injured list – I thought who is this Faruk, he should be working, I couldn't understand that he went the mosque," she said.

Neha called her husband repeatedly for two days but got no answer.

At first, Neha was told by family members that Faruk was injured and he simply could not call due to a wound to his hand.

Then they told her "don't get shocked - Faruk Is not alive, Faruk is dead".

"Then they were showing Faruk's photo in the news… how could this happen?

"I thought I would not believe he was dead when I saw his body with my own eyes… They sent me picture of him from New Zealand, they said 'do you believe it now?"

She buried him at home in Bangladesh next to his father.

"I can't explain how I felt emotionally… I was pregnant…. I was shocked," she told the court.

She came to collect her husband's valuables from his house in Christchurch – a place that was supposed to one day be their home. 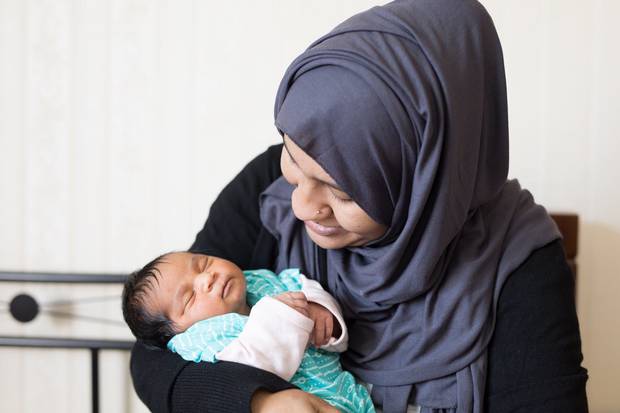 Widow Sanjida Neha with her new baby who was born after the shooting. Photo / Supplied Janneth Gil

Neha was able to stay in New Zealand and gave birth to her little Kiwi baby on August 28.

She is unsure about her future but hoped to stay here and raise Noor.

There is much pressure for her to continue to financially support Faruk's family in Bangladesh – where he was the only income earner.

"2019 began with so much hope when Faruk was killed my life turned upside down I was so happy I was going to have Faruk's baby I had so much to live for then I thought how am I going to live?" she said.

"My life was shaken…. But I can have a better life in New Zealand and I want to live here because Faruk and I had plans… He is not here anymore but I want to continue his dream."

Neha said she worried about what she would tell Noor as she grew up.

"I always have the question in my mind when Noor grows up she will ask 'where's my father'– how I am going to answer that question, I don't know," she said.

"I was really just starting my life with Faruk… now I have a child who has lost her father."