The incident, at the Michael Hill Jewellery store on the corner of Hurstmere Rd and Lake Rd in Takapuna, occurred shortly before 4.30pm yesterday and in front of locals who recorded the brazen heist.

The video records the sound of smashing glass ringing out across one of Auckland's premier shopping strips as a Mazda hatchback sits waiting outside the store. 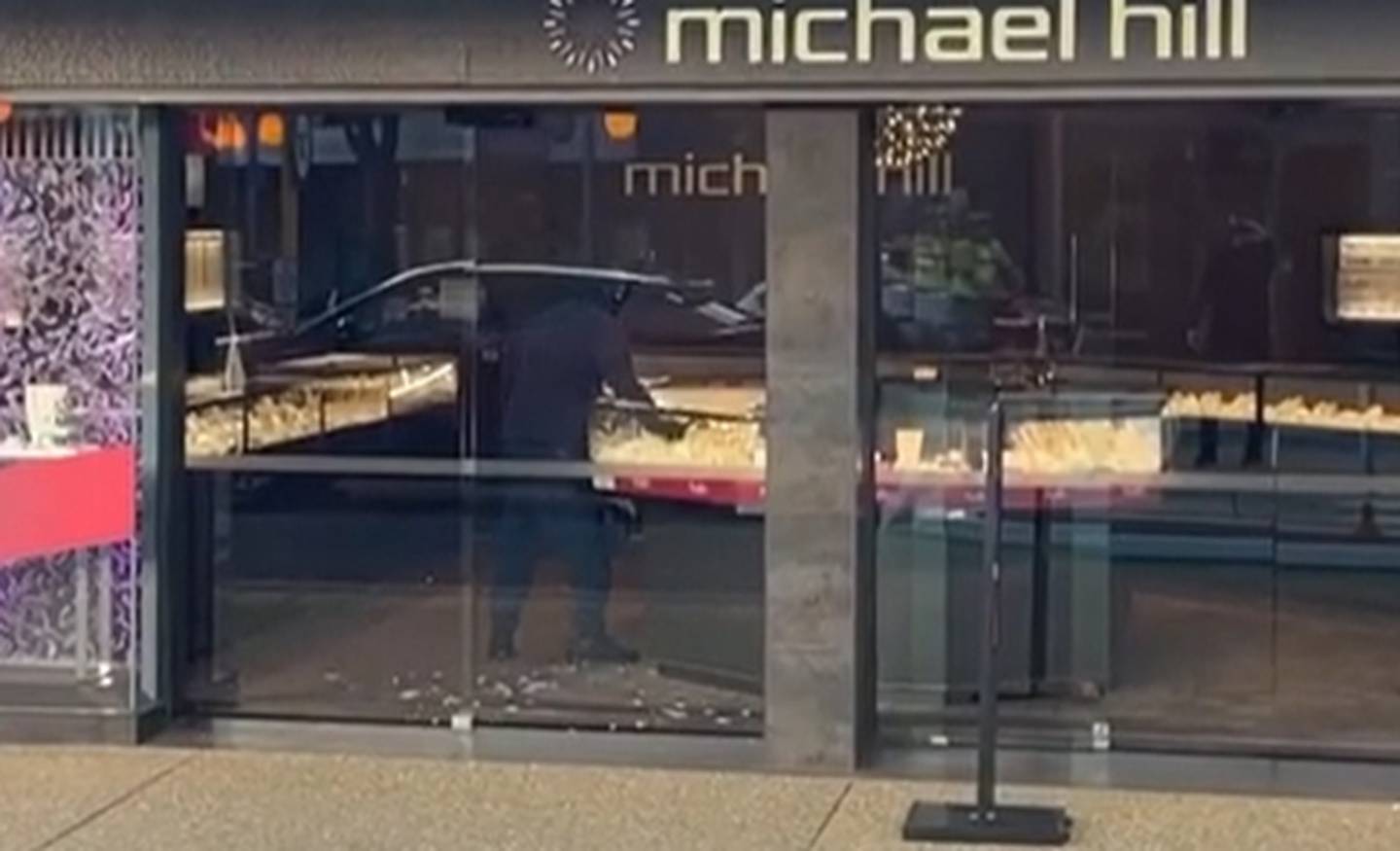 The thieves broke into display cases inside the store. Photo / Supplied

A bystander is heard asking whether they could stymie the thieves' escape, saying, "We should get the car out of here".

The thieves can be seen using metal bars to smash their way through display cases inside the store before fleeing with bags of loot.

One swings his bar at a passer-bay who ventures too close, and another makes a muffled reference to "that gang s***" as he hops into the car and flees the scene. They taunted locals as they made their escape. Photo / Supplied 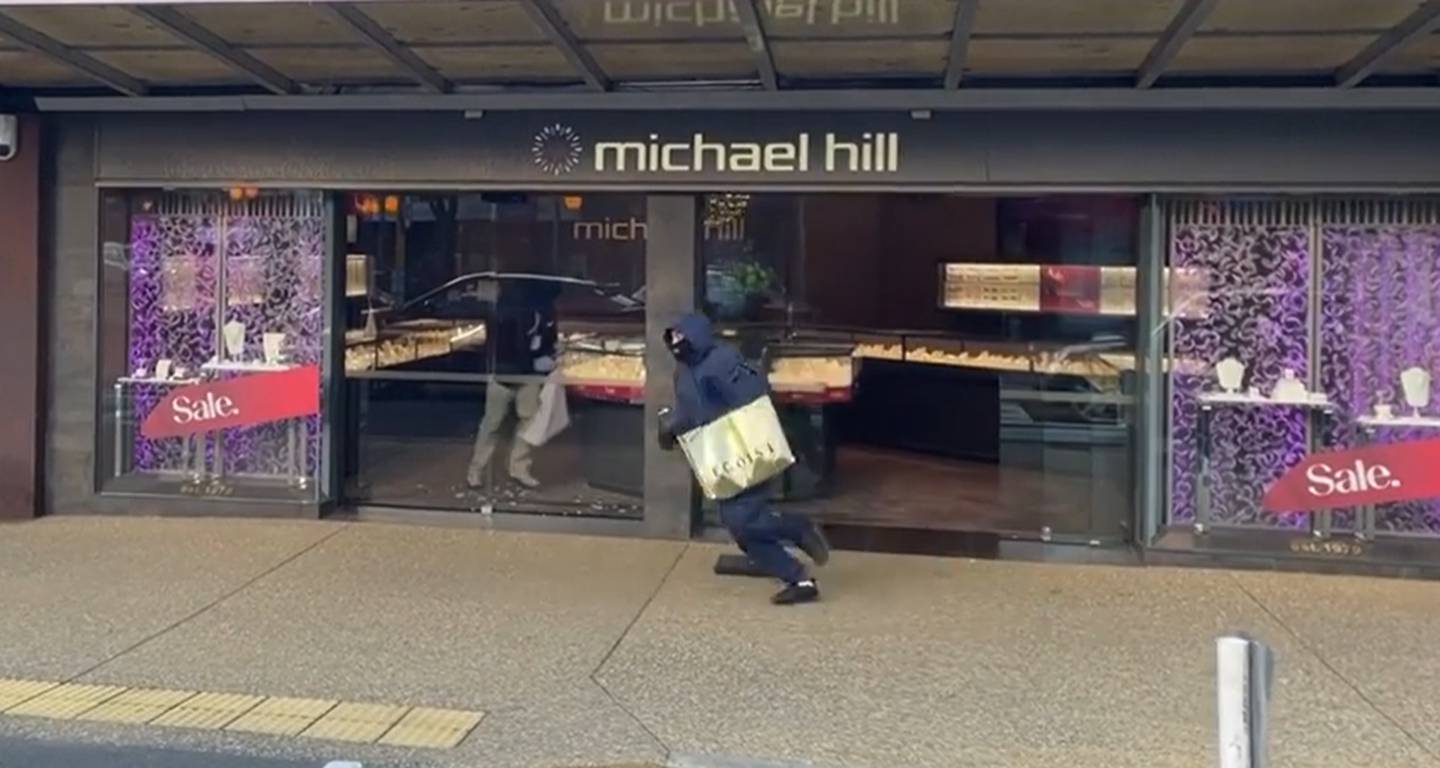 The pair fled to a waiting car. Photo / Supplied

Police confirmed officers attended the scene but found the offenders had left in a vehicle that was later found abandoned.

It wasn't the first time the store had been hit by thieves.

In February of 2019, it was ram raided by two vehicles carrying four people early in the morning.

While police didn't say what was taken, Michael Hill's New Zealand general manager Greg Nel told the Herald at the time: "Four people went in, broke all the cabinets and took all the jewellery."

The store had to be closed for at least a week while the storefront and cabinets were replaced.