Distraught families have been informed the graves of recently buried loved ones in a Waikato cemetery have been torn up by "scumbags" doing burnouts.

Cars entered Hautapu Cemetery in Cambridge overnight and were doing burnouts on an undeveloped grassed area, a spokesperson from Waipā District Council said.

One car drove across two reasonably recent graves. The affected families were "very upset" when council contacted them about the incident this morning. 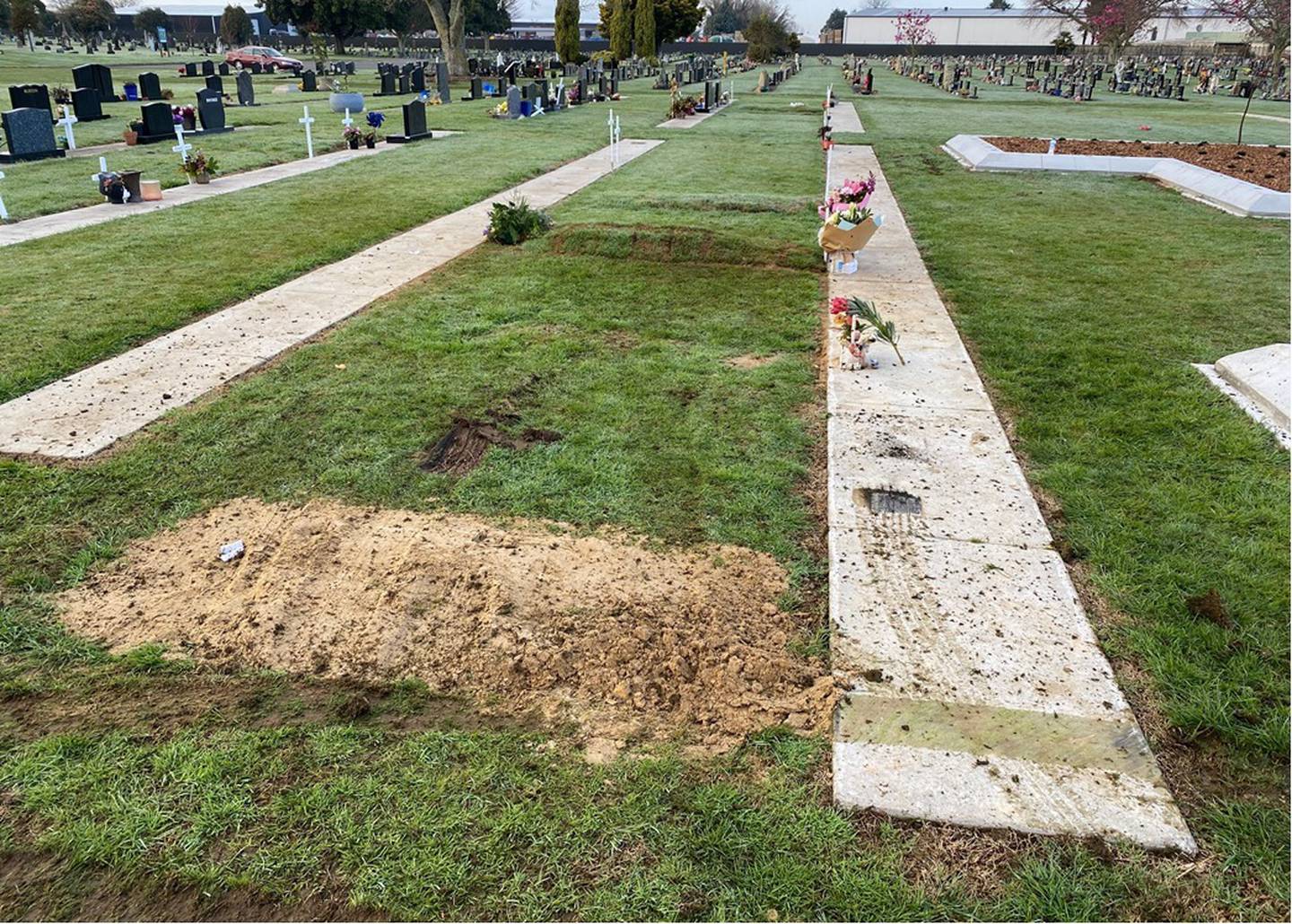 Waipā Mayor Jim Mylchreest was scathing of the drivers' actions.

"I'm utterly appalled – beyond disgusted – by what's happened overnight. I feel for our community and I also feel for Council staff who are really devastated," Jim Mylchreest said.

"We will be working alongside police and doing all we can to find out who was responsible. And when we do, I hope they throw the book at them. As far as I'm concerned, they are scumbags."

The council spokesperson said there had been a huge response on social media.

"There is universal condemnation and utter contempt for those involved," the Waipā District Council spokesperson said. 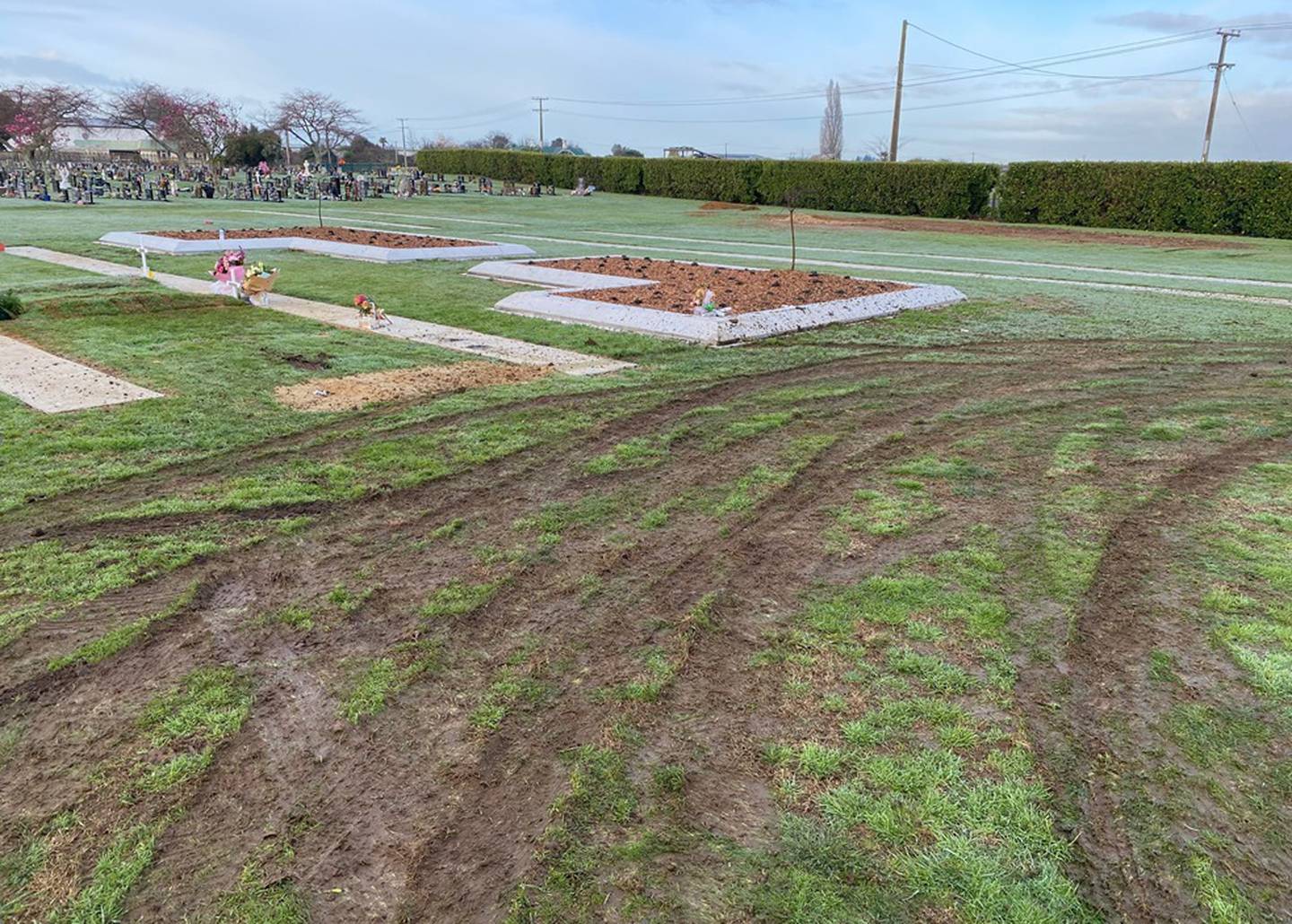 A Waikato cemetery was left in a state of horror after cars drove over two recently dug graves while doing burnouts and skids last night. Photo / Waipā District Council

Council workers will begin cleaning up the mess that was left behind – clearing the berms driven across and repairing damaged grass areas.

No headstones had been damaged, and the incident was reported to the police this morning.

A police spokesperson said at this stage they don't have any further comment or info on who the perpetrators might be.