An Auckland seafood stall owner has been left shaken after his home was targeted in a violent burglary – which left his son with serious head injuries - while he was on a morning walk.

Ka Pai Mussels owner Hohepa Te Whiu, 66, believes the burglars were after cash from his business, which he operates from home through pick-up orders.

Police said they are not treating the aggravated burglary as a "random attack".

Te Whiu's 23-year-old son is suffering from concussion, a bruised eye and cannot go to work after two men broke into their Mt Roskill home around 6.15am yesterday and allegedly used a toolbox to assault him while he was lying in bed.

"He was laying on the bed and they were screaming out 'Where's the money?'.

"They were on top of him and started hitting him. He got hit by the toolbox. They hit him with the toolbox but they also had a pipe that had a bullet in it."

Te Whiu's son, who the Herald has agreed not to name, said he was still half-asleep when they entered his room.

"I was shocked, my brain didn't comprehend it.

"I wasn't trying to aggravate them so I didn't throw any punches back but I was trying to block as many as I could, I got a few bruises on my arm doing that.

"They were both throwing punches at me."

Te Whiu said the men stole electronics from his Ferrelly Ave home after failing to locate the cash – a phone, laptop and TV – and fled about five minutes later.

"They grabbed the TV while one of the dudes was choking me," said his son. "He managed to get behind me and put his elbow underneath my jaw and was choking me out.

"From then I was like... I'm here by myself and I've got nobody here to stop him from choking me."

He said one of the men threatened to shoot him in the head. 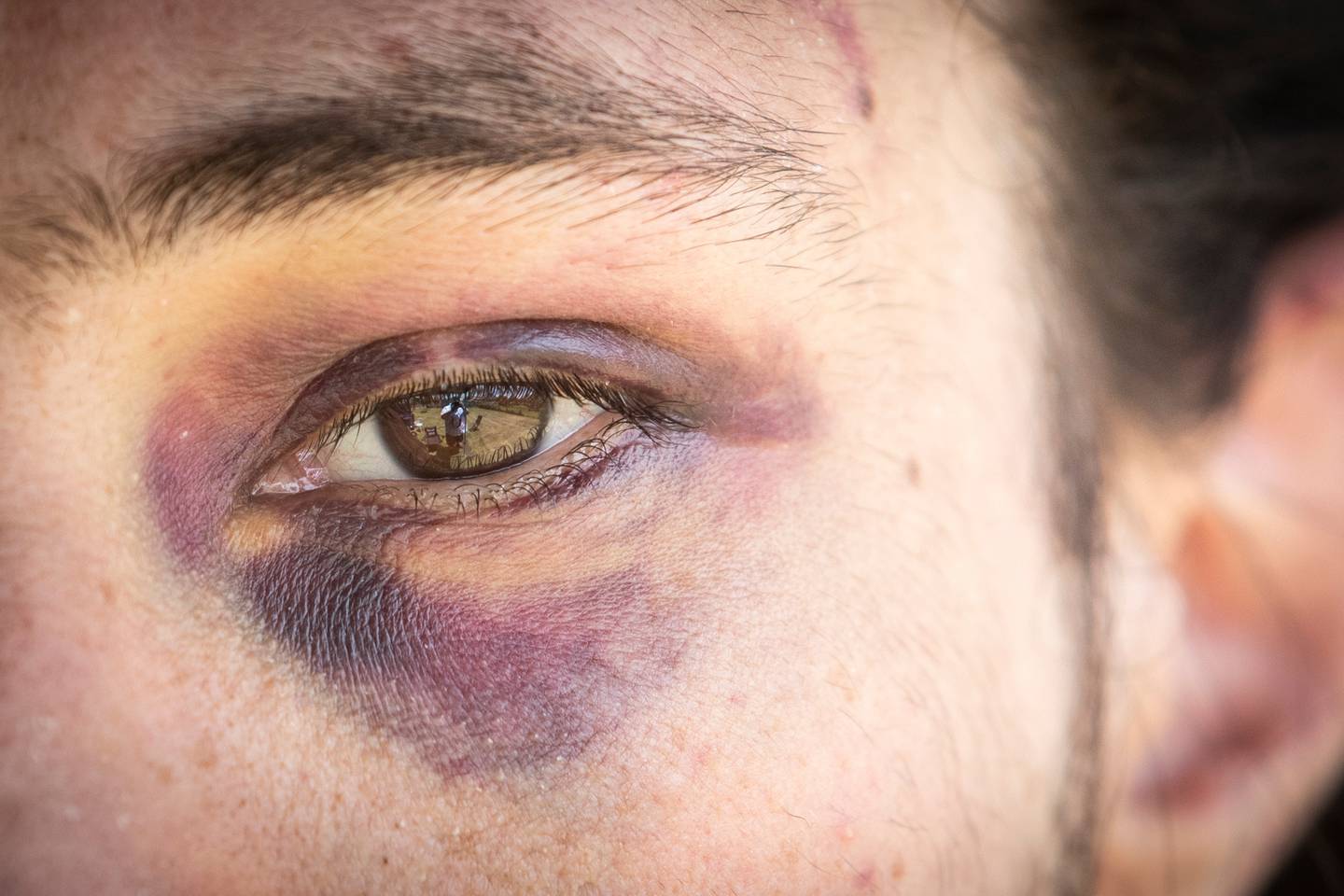 Another man was waiting in a car outside so the group could make a swift escape.

"It was pretty quick, about five minutes then they were out of there," said Te Whiu.

He believes the thieves targeted his home hoping to find cash he receives from pick-up food orders.

"I work from home, I do food. Mussels and stuff like that, and people come around and buy them all."

Te Whiu received a call from his neighbour just minutes into his daily morning walk alerting him to the burglary. He came rushing home to find his son shaken up after the violent attack.

"They already called ambulance and police by the time I got there. I was only gone about 10 minutes."

St John told the Herald a call was received around 6.24am.

An ambulance responded to an incident on Ferrelly Ave and treated one person and transported him to Auckland Hospital in a moderate condition. 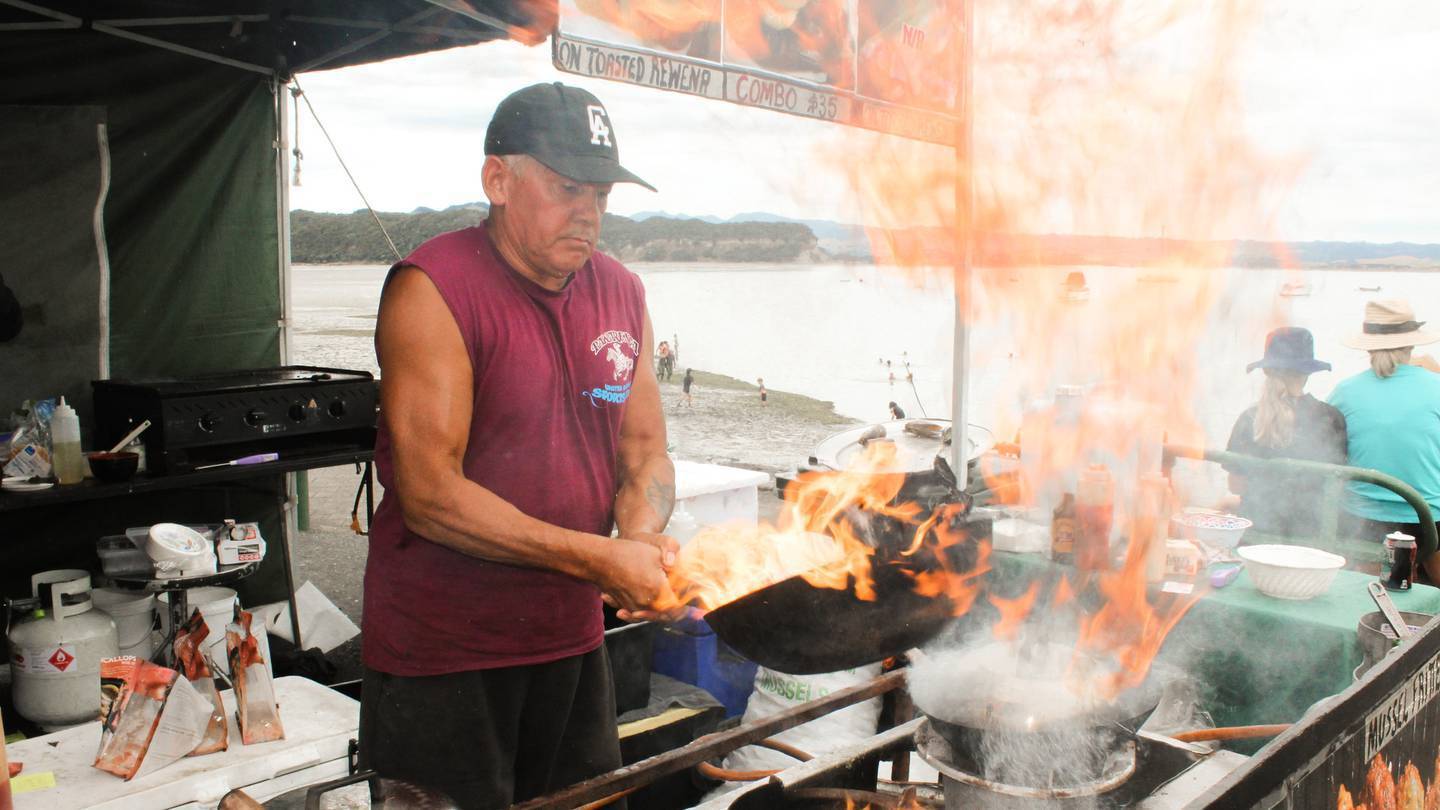 Te Whiu said his son has concussion and cannot go back to his work in construction.

"They hit me all over, I've got heaps of lumps on the back of my head and on the front too.

"The top of my head was the toolbox, the sides was because they were both punching me."

Police said they are investigating an aggravated burglary incident.

"Two males have entered an address armed with a weapon and have assaulted one of the occupants before fleeing in a vehicle being driven by a third person," a spokesperson said.

"The victim sustained moderate injuries and some property was stolen by the offenders.

"Police are making follow up inquiries and at this stage we are not treating this as a random attack."

Te Whiu is hoping a police investigation will lead to arrests.

"I was a bit shaken about the whole thing."

*Anyone with information about this incident or who witnessed suspicious activity in the area around this time is asked to phone Police on 105, quoting file number 211220/0685, or you can contact Crime Stoppers anonymously on 0800 555 111.