A Lime electric scooter rider who left a woman concussed and with serious facial injuries in central Auckland has been found guilty of careless and inconsiderate vehicle operation.

Mitchell McIntyre knocked over Debra Christensen as she exited a bus on Fanshawe St while heading to work on June 25, 2019.

He was found guilty by Judge Christopher Field in the Auckland District Court today, following a judge-alone trial last month. He is awaiting sentencing at 2.15pm today.

Christensen is also present in court, and intends to read a victim impact statement at sentencing.

Judge Field said McIntyre's standard of driving the scooter fell below that of a reasonable and prudent driver. 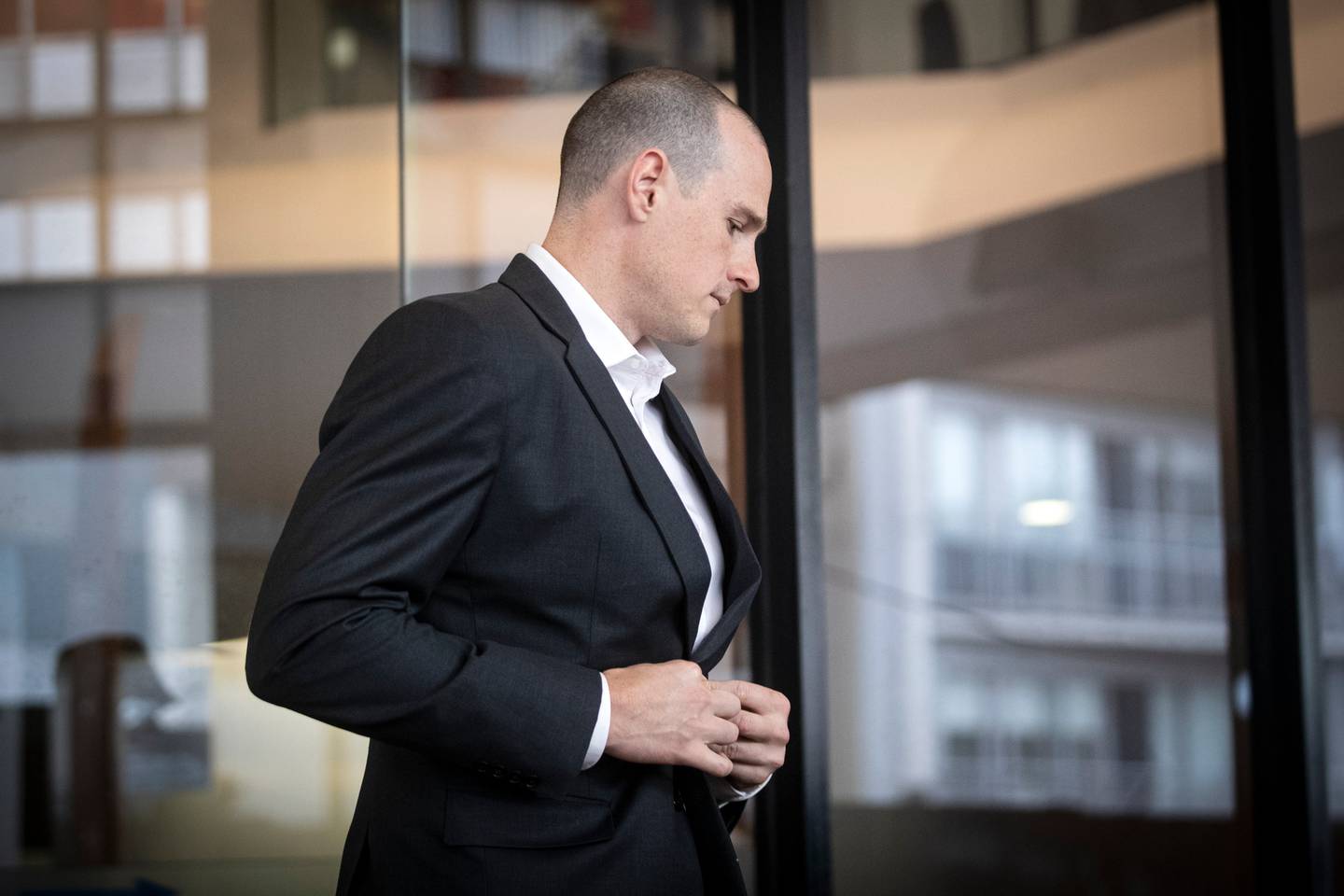 Scooter rider Mitchell McIntyre leaves Auckland District Court after being found guilty in a collision with Debra Christensen, who was exiting a bus onto the footpath, Photo / Jason Oxenham

Both McIntyre and Christensen had to be mindful of their surroundings and modify their behaviour, he said.

The bus stop was on a footpath so Christensen defended her decision not to look left or right before stepping off, the court heard during the trial.

Christensen said she was concussed, needed a brain scan, and had injuries to her cheek, chin, and hand.

CCTV footage shows the collision, and that Christensen was partially under the bus.

There is no record of the speed in which McIntyre was travelling, but footage shows it was faster than walking pace, Judge Field said. 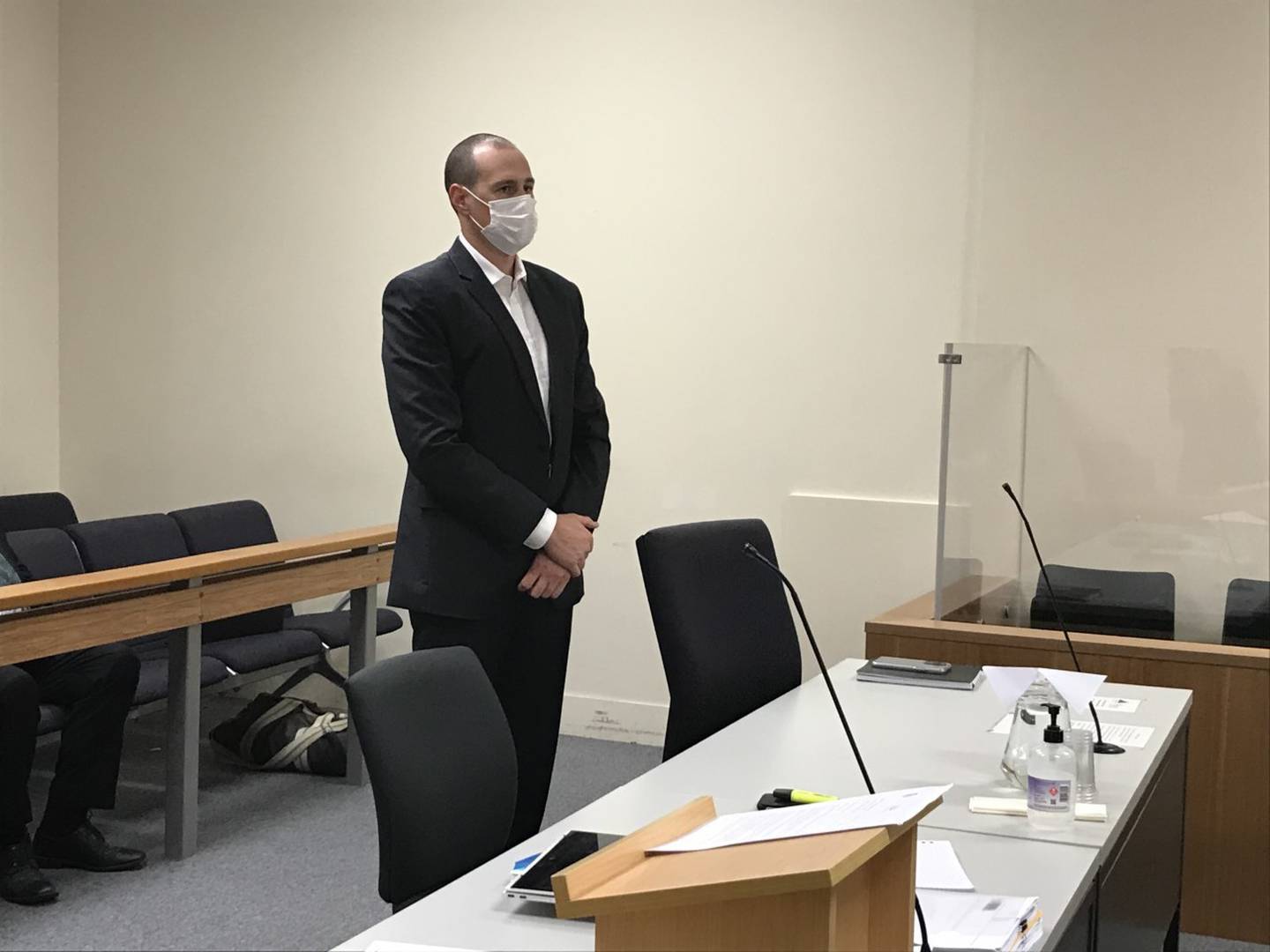 "CCTV footage shows the defendant approaching on the scooter, becoming aware of complainant on the bus and attempting to swerve, unfortunately swerving towards the bus rather than away from it," he said.

McIntyre apologised to Christensen at the time of the collision, the court heard.

He said McIntyre was "something of a guinea pig" caught up in a bigger issue about a lack of guidance and facilities for scooter users.