Former Labour leader Andrew Little attended a 2017 event in which artwork was auctioned off, resulting years later in a Serious Fraud Office investigation, but he had no idea at the time that the event included an auction, he told a judge today.

The MP and Cabinet minister was called to testify in the High Court at Auckland at the trial of businessman and New Zealand Order of Merit member Yikun Zhang, former National MP Jami-Lee Ross and five others with business and political ties.

Little, the party's top figure at the time of the April 2017 fundraiser, was shown a photo from the event where he stood between two men who are now defendants - Zhang and another man with name suppression.

"I knew of him because I knew his face and I met him, but I couldn't give you his name," Little said of Zhang.

All seven defendants - including businessmen brothers Shijia (Colin) Zheng and Hengjia (Joe) Zheng, as well as three people who have name suppression - are accused of helping to illegally mask large donations from Zhang to either National or Labour in the year prior to his Order of Merit honour, which was bestowed in 2018 for services to New Zealand-China relations and the Chinese community. 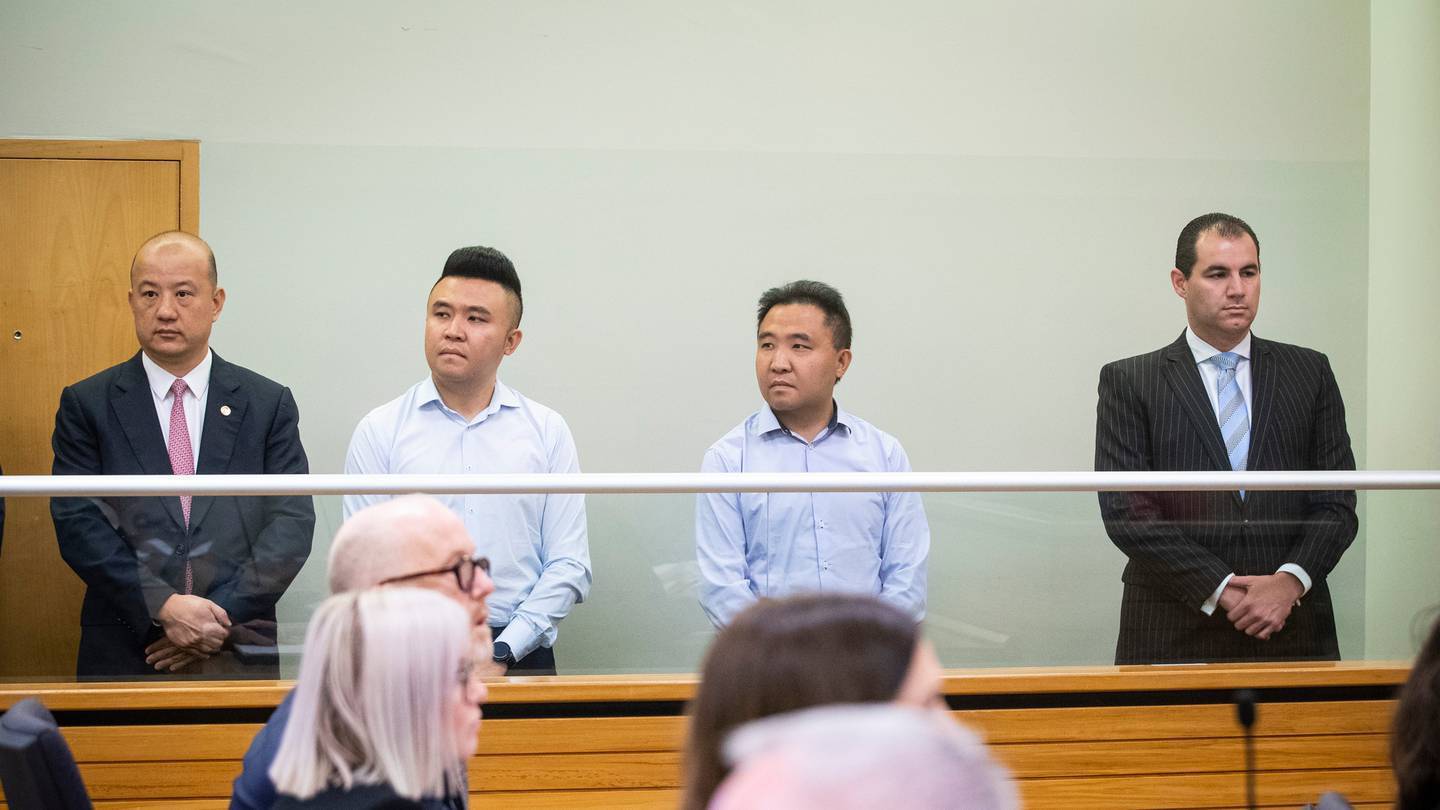 The scheme was intended to deceive the Electoral Commission, the public and the secretaries of both parties, the Serious Fraud Office alleges.

Little said he attended the event to lend support to Chao Shan General Association, which was bidding to host an international convention in New Zealand for similar organisations composed of Chinese expatriates. Zhang founded the New Zealand group. "There were some performances, some speeches - I spoke - the inevitable photography and selfies," Little said of the event, in which he signed a banner in support of the group's convention bid.

"I wasn't aware at that moment I was attending there intended to be any fundraising for the Labour Party."

Little emphasised that he wouldn't have been directly involved in any fundraiser. He said he always advised Labour MPs that they shouldn't be involved in the mechanics of fundraising - leaving it for party officials such as branch chairs and campaign managers to solicit and collect money.

"As leader of the party and an MP, the role you play is to meet and greet and make contacts, but not to collect money," he said. His advice to his caucus, he said, was always that "MPs should stay removed from collection of funds and fundraising, even though they may participate in fundraising events".

"I think it was generally understood. It was a conversation that as a caucus and as a party we would have periodically."

Little was also shown a document recording the party's total donations for the year ending December 31, 2017. He didn't see the document, which mentioned the auction, until he was shown it by the Serious Fraud Office, he said.

The politician, whose testimony lasted just under 30 minutes, first took office as a list MP in 2011 and currently serves as Minister of Health and Minister for Treaty of Waitangi Negotiations. He served as Opposition leader for three years, stepping aside in August 2017 - five months after the auction in question - so that Ardern could run in the then-upcoming general election.