Pratt remains on the run, believed to be overseas. The FBI is offering a $50,000 reward for any information on the whereabouts of the former Christchurch Boys High student.

Wolfe's guilty plea is one of the final steps in a prosecution that has spanned three years, led by the FBI, which has already prosecuted another two people involved in the business.

The brazen trail of lies began to unravel when 22 women, only identified as Jane Doe 1 to 22, claimed in a civil suit they were duped into participating in pornography by repeated assurances the videos would not be available online. The filing of the claim led to an FBI investigation.

To persuade women to appear in the videos, Wolfe admitted to telling them the videos would never be posted online, would never be released in the United States, and that no one who knew the women would ever find out about their production.

Women targeted by Wolfe said in their civil claim that he had promised them the videos would only be seen by private collectors in Australia and New Zealand.

Many of those duped into filming were struggling financially and offered between US$3000-US$5000 as payment, as well as an "all expenses" trip to San Diego. They were taken to motel rooms where the footage was filmed.

The videos were then posted to the company's own subscription-based website, while shorter versions were posted to some of the world's largest pornography sites, with the company profiting over $17 million in revenue according to court documents.

The videos were viewed over a billion times - a conservative figure that doesn't take into account pirated copies of the files.

The pair had been friends since childhood, growing up together in Christchurch.

"Wolfe filmed approximately one hundred videos, he uploaded finished videos onto the internet, he oversaw the company's financial books, and he operated various business entities that were used to promote the business," the DOJ said in a statement.

The promises were made, despite Wolfe knowing Pratt was also operating a separate site, pornwikileaks.com, set up to expose the "true identities" of women appearing in the sex videos.

"Even after Wolfe became aware of this, he and others continued to assure prospective models that no one would ever find out about their video shoot or learn their identity." 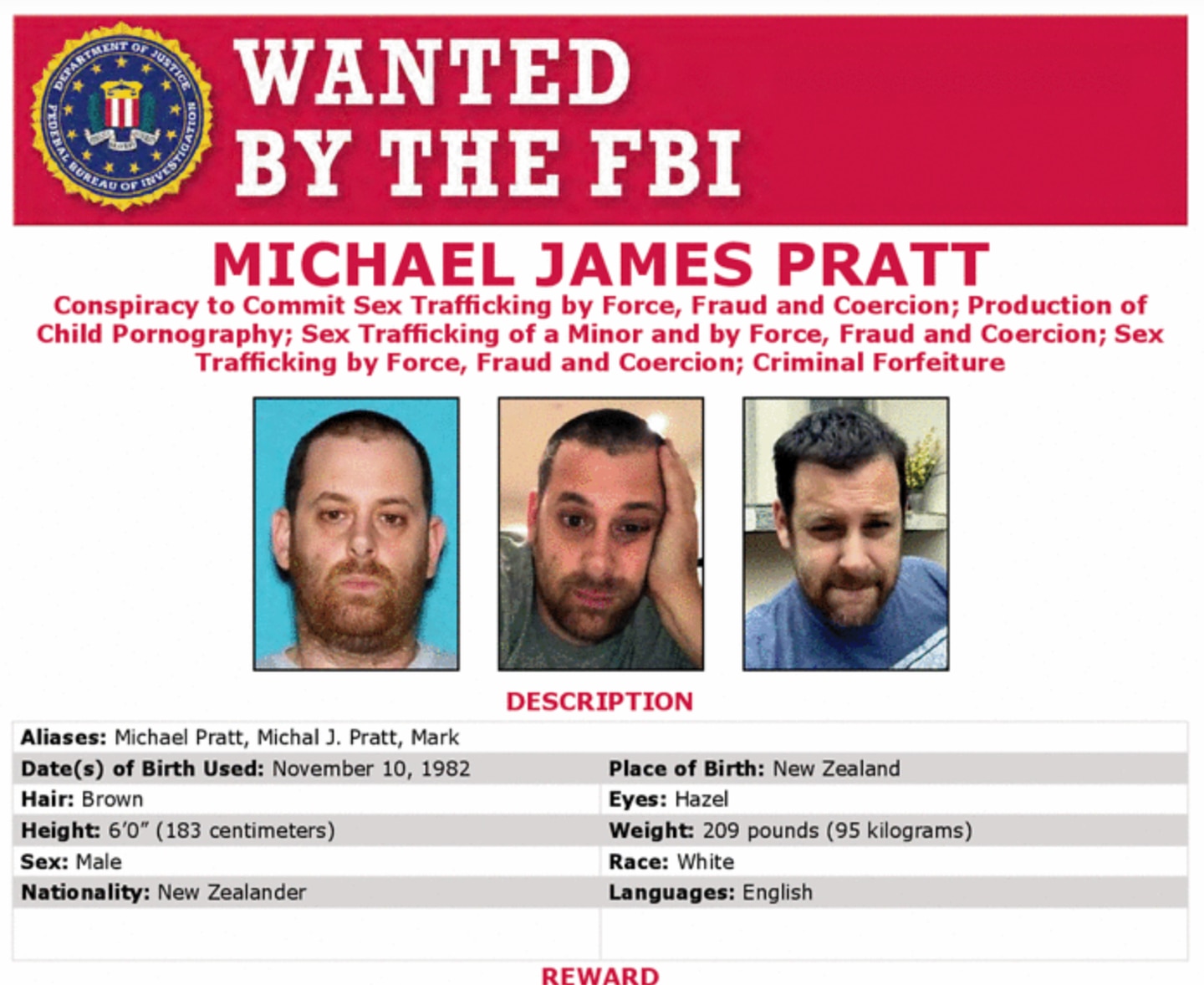 Christchurch-raised Michael James Pratt remains on the run from the FBI, with a $50,000 reward on offer for any information that leads to his capture. Photo / Supplied

Special Agent Stacey Moye, the agent in charge of the FBI's San Diego Field Office said the offending had a devastating impact on victims.

"Wolfe lied to and preyed on vulnerable young women, subjecting them to years of relentless harassment, fear, and mental anguish," she said.

"We will seek justice for human trafficking victims in hopes that it will help them reclaim their lives and leave the pain of this experience in the past."

Wolfe is scheduled to be sentenced at a San Diego court on October 10.