Up to 300 Killer Beez gangsters from all over New Zealand converged on a tiny community in south Auckland today.

Police check points were set up close to the Country Inn, Ramarama, where bikers and vehicles carrying the gang members were pulled over.

Gang members started arriving for their annual AGM on Thursday and police told locals the gang were likely be in the area until Monday.

The gang's founder and president Josh Masters was among those stopped, riding a quad bike. Masters was left paralysed from the waist down after a shooting several years ago. 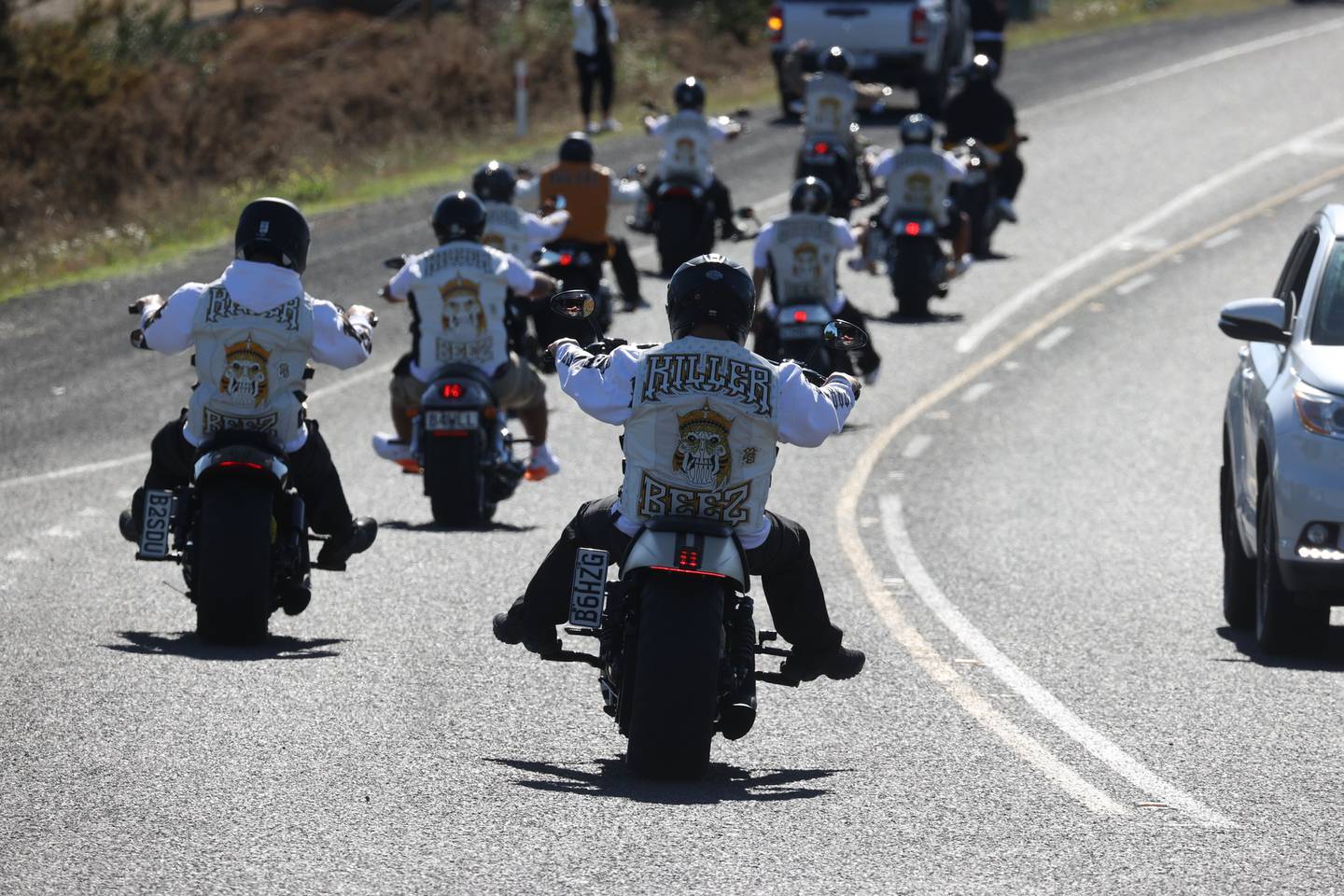 Members of the Killer Beez were out in force today. Photo / Brett Phibbs

He waved to the Herald photographer as he drove past.

Other gang members were not so kind, taunting cops as they cruised past yelling, "F *** the police".

Locals said the bikers were doing burnouts at 3am on Saturday morning - and they were sick of the gang members' intimidation tactics.

"They did the same last year and we expect the noise level and burnouts will continue tonight," one said. 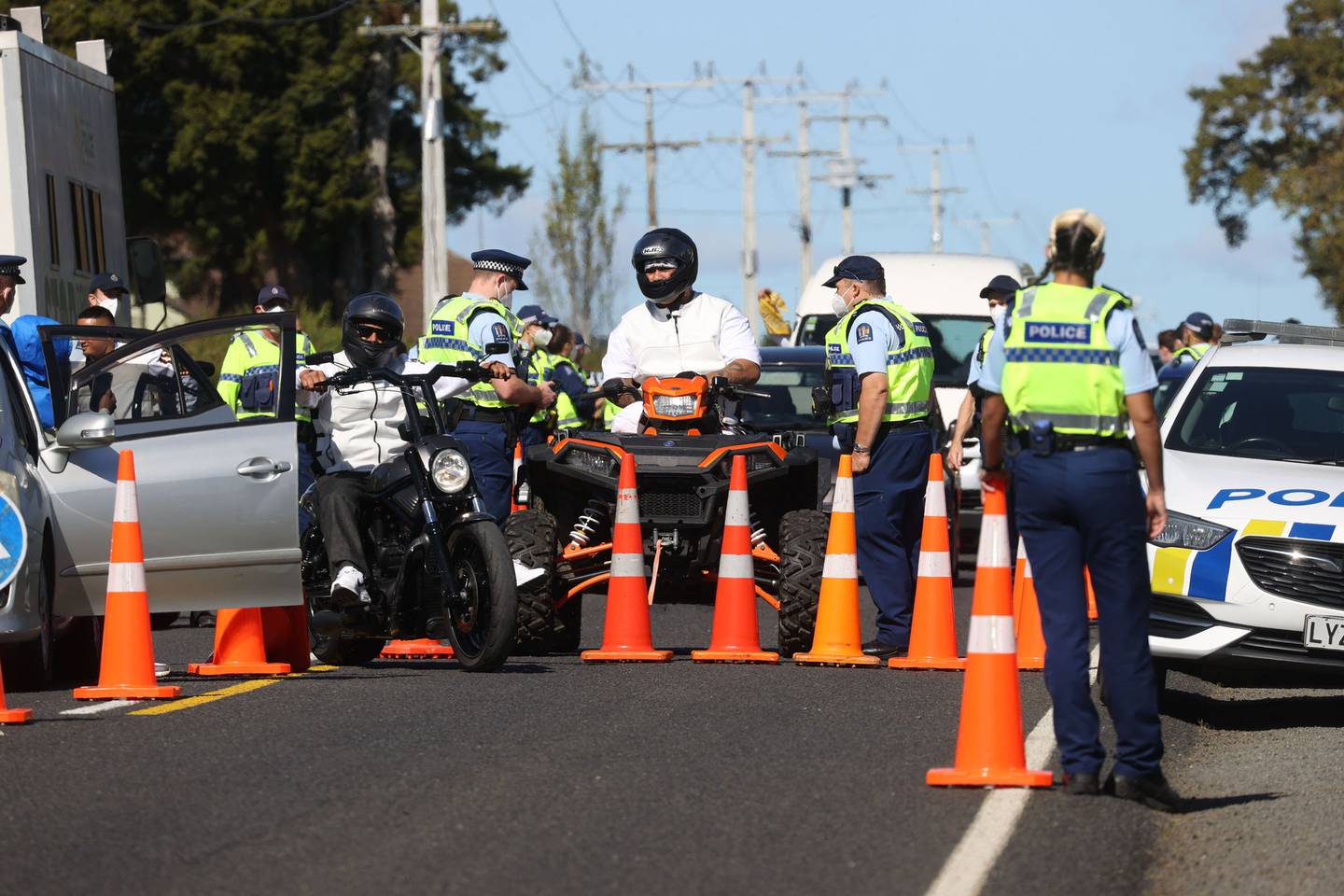 Masters is paralysed from the waist down and gets around on a quad bike. Photo / Brett Phibbs

"If they kept to themselves, we wouldn't mind but they have to let everyone in the area know they are here with their partying and carry on.

"The gangs are out of control, but we are thankful that police have been quick to stop any of their nonsense." 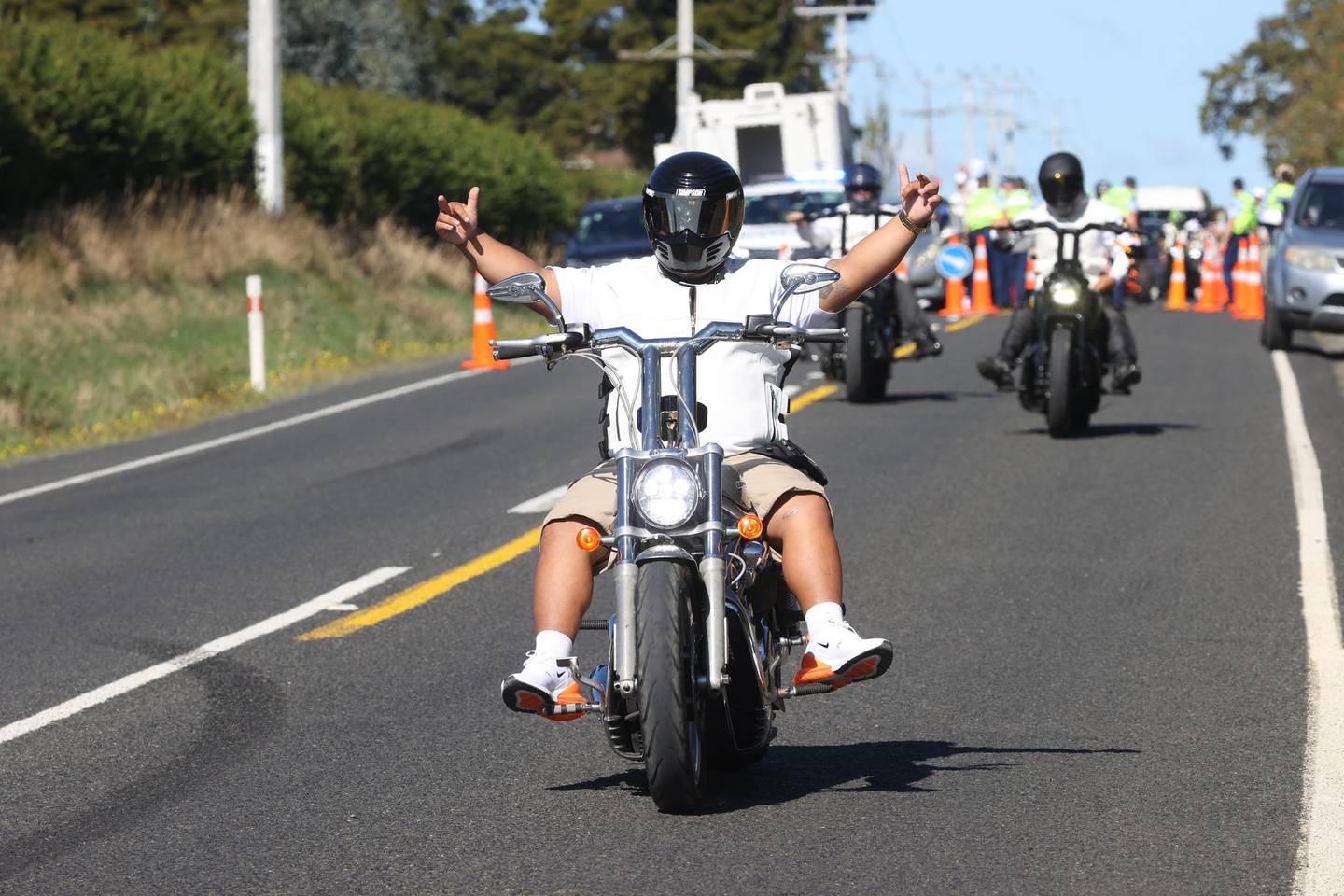 The group were gathering for their AGM. Photo / Brett Phibbs

Officers told locals they were checking all individuals coming in and going out of the venue.

"Police are gathering all their intel on the Killer Beez," another local told the Herald.

It's the second weekend in a row that police have targeted motorcycle gangs. Last Saturday, police issued infringement notices following "gang movements" on New Zealand roads, including a Comancheros gang bike run between Auckland and Waikato.

A police spokesperson said officers had issued a number of notices for breaches of licence conditions and vehicle safety requirements.