The daughter of a bus driver brutally attacked during a late-night run in West Auckland has been told her dad was stomped on so badly he is unable to speak or stand, and faces a long recovery.

Gabrielle Wildbore said her 69-year-old father was now in a stable condition in Auckland City Hospital but any recovery would be slow going.

David Bahler was driving a bus along Great North Rd at Waterview when he was attacked by a passenger at 10.30pm on Wednesday.

"I have been told he was stomped on," said Wildbore. "It appears that the offender has crossed the Covid barriers that they had in place and then I understand Dad was pulled out of the seat and into the aisle and stomped on."

She said the family was really lucky the passenger didn't use a knife he was alleged to have been carrying at the time.

It was the second time in a matter of weeks Bahler had been attacked on the job.

He had recently returned to work after three teenagers tried to gouge his eyes out in Henderson, leaving him with scratches and bruises across his head, and smashed glasses.

A Givealittle page raised nearly $30,000 to replace the broken spectacles. 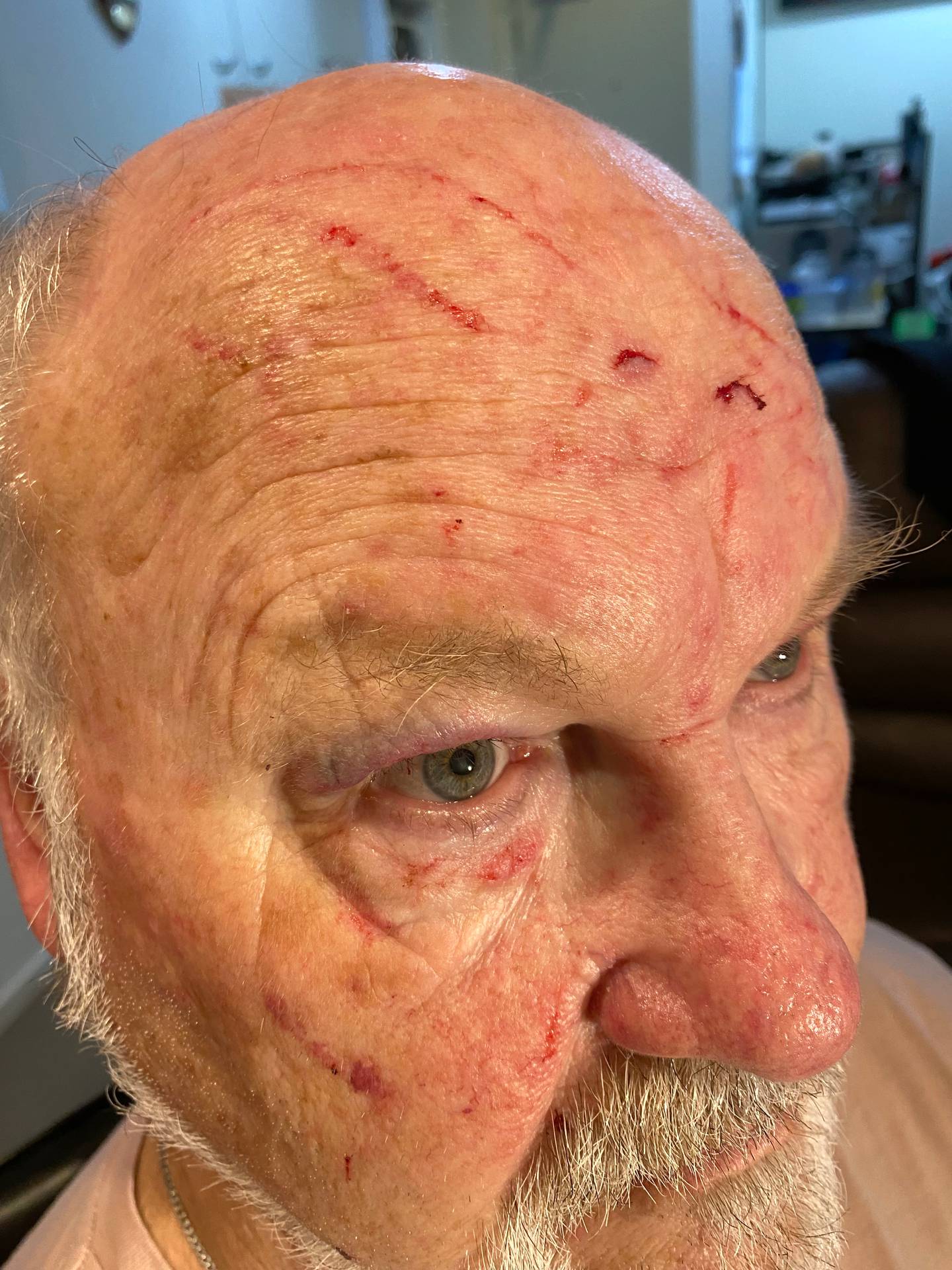 Bus driver David Bahler was attacked by three teenagers while on the job in late August. Photo / Supplied

Now Bahler is facing an even more trying ordeal with Wildbore revealing no part of his body was spared when he was set upon by the passenger.

However, she is grateful he survived.

"I don't know how he's going to come back from this.

"He's not able to speak or stand at this point." 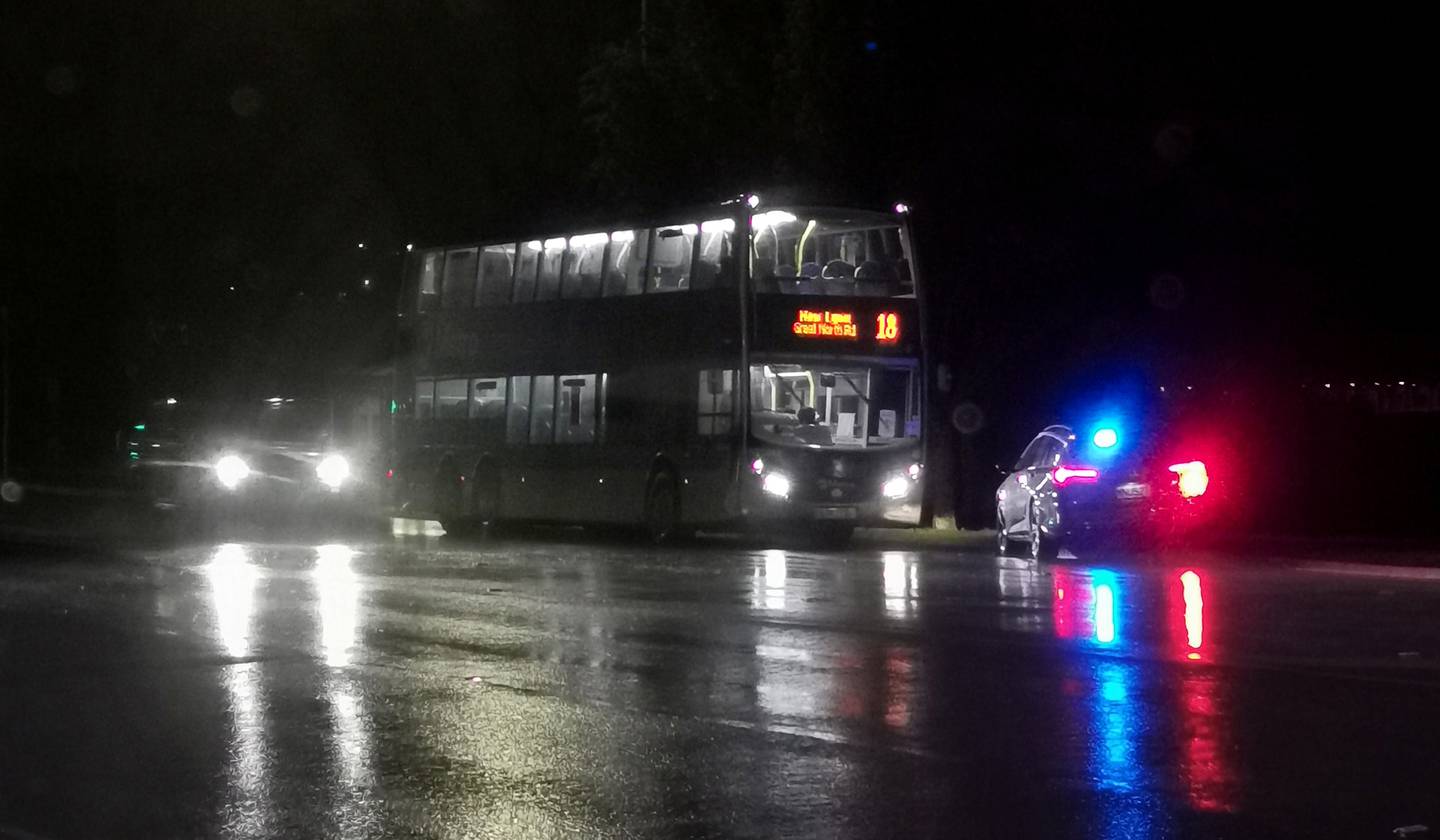 Police at the scene of a serious assault on a bus driver on board his bus on Wednesday night. Photo / Hayden Woodward

Bahler was set to undergo a suite of cognitive tests next week but this time "it was going to be a long road to recovery".

"My poor dad. He's so gorgeous. He's just the sweetest man. He's as tough as old boots - he's ex-army artillery, ex-police, ex-dog handler so he knows how to hold his own but he's just the most lovely, easy person to be around. He just doesn't deserve it." 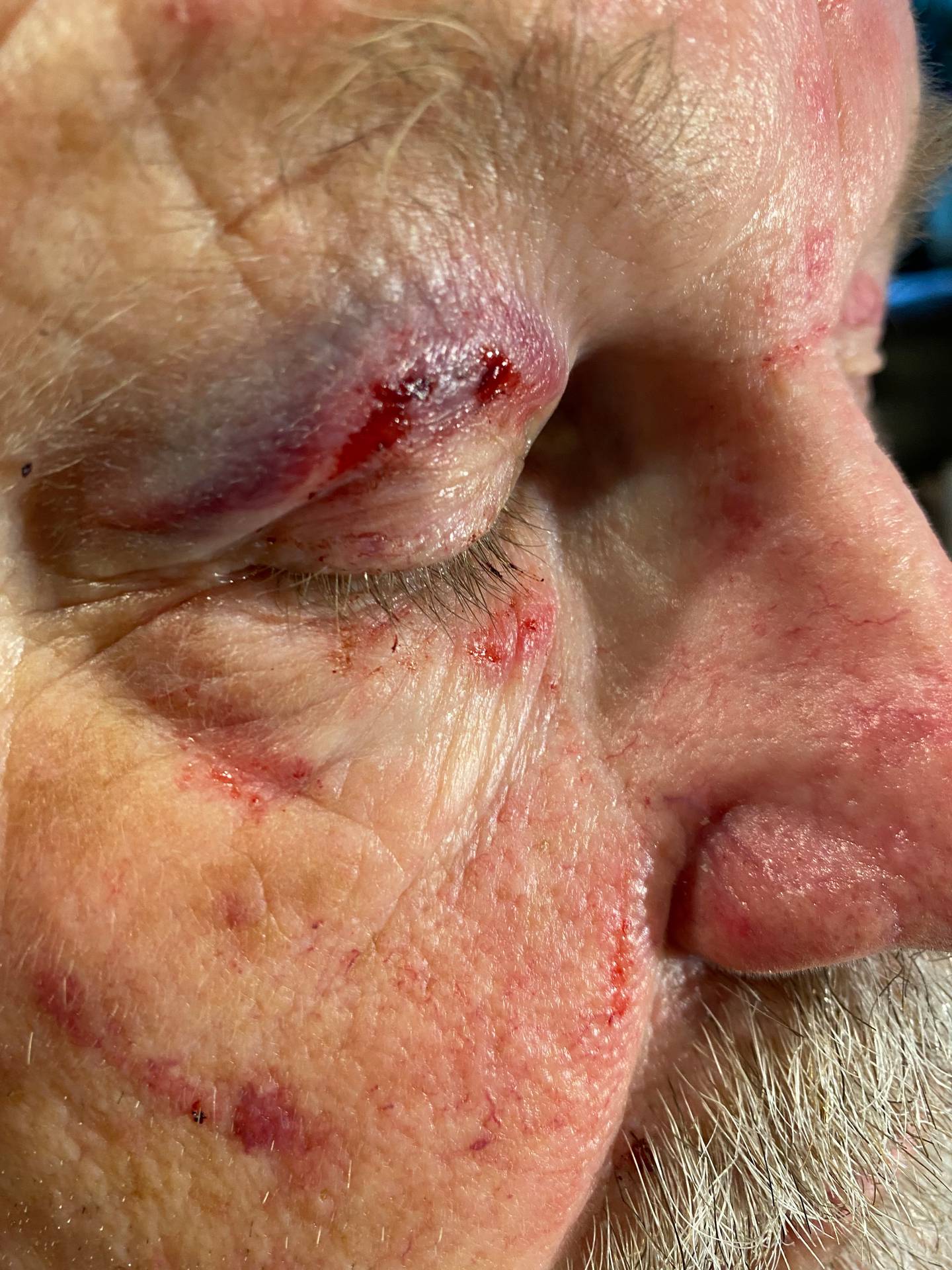 The 69-year-old bus driver had his glasses smashed as a teenager tried to gouge his eye. Photo / Supplied

Wildbore, who isn't able to see her father due to strict hospital visitor Covid rules, said he had returned to driving soon after the August 29 attack.

"He was back at work within a week. He just wanted to get back in that bus. He said the longer that he leaves it the more impossible it would be to get back."

She said while she urged him to get a different professional driving job, he revelled being a bus driver.

"I want him to get a job driving a truck, not driving a bus but he's a people person. He does it because he loves the contact with people."

Wildbore said she was now concerned for the safety of all bus drivers.

She thought it was time drivers were set apart from passengers in safety cages to keep them protected from harm.

Meanwhile, a 27-year-old man has been charged with wounding with intent to cause grievous bodily harm and possession of a knife in a public place and appeared in the Auckland District Court yesterday.