A group of rival gang members have been caught on video involved in a vicious brawl witnessed by children.

However, not only can children be heard crying but young kids can also be seen trying to get involved in the fight on Huntly's main street on Saturday.

Four men from different gangs - Mongrel Mob, Nomads and Black Power - are seen outside a laundromat and women can be heard telling the men to beat them up, saying: "F*** him up, dog, f***ing smash him."

One man is seen throwing several punches and then kicks, with a man wearing a match falling to the ground.

He is then kicked in the chest and as he steadies himself on his knees is kicked unceremoniously in the head, and flies backwards.

He tries to get up and is wobbling before being grabbed again by his attacker and thrown to the ground. 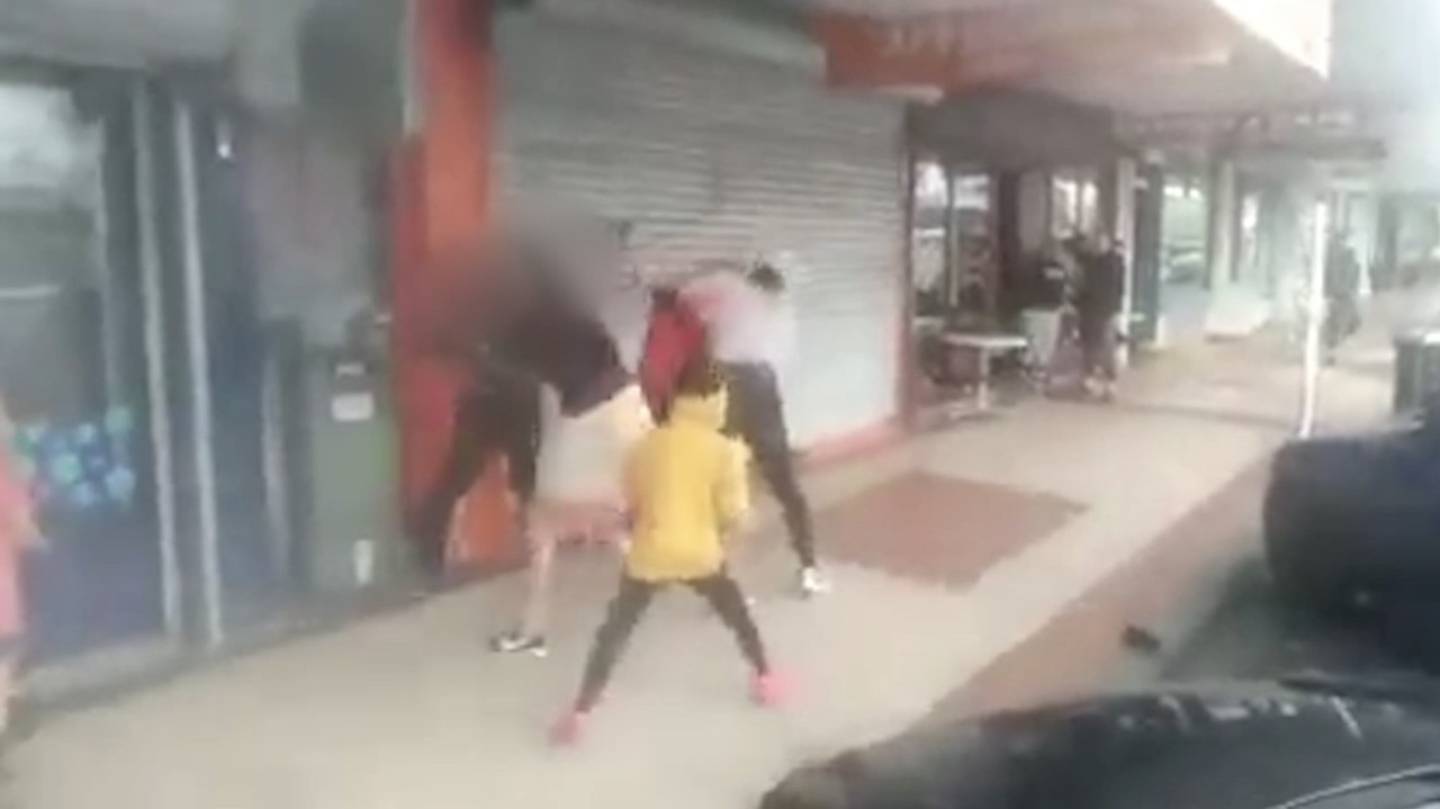 Four men fight as a child, in a yellow hoodie, also joins in the fray.

It's unclear how long the fight continued.

When contacted, a police spokesperson said the group had fled before they arrived.

Police received a report of "a disorder incident" on Main Street, Huntly, shortly after 10am on Saturday.

"A group of people were reported to be fighting. No injuries or weapons were reported and it appears before police arrived the group had dispersed." 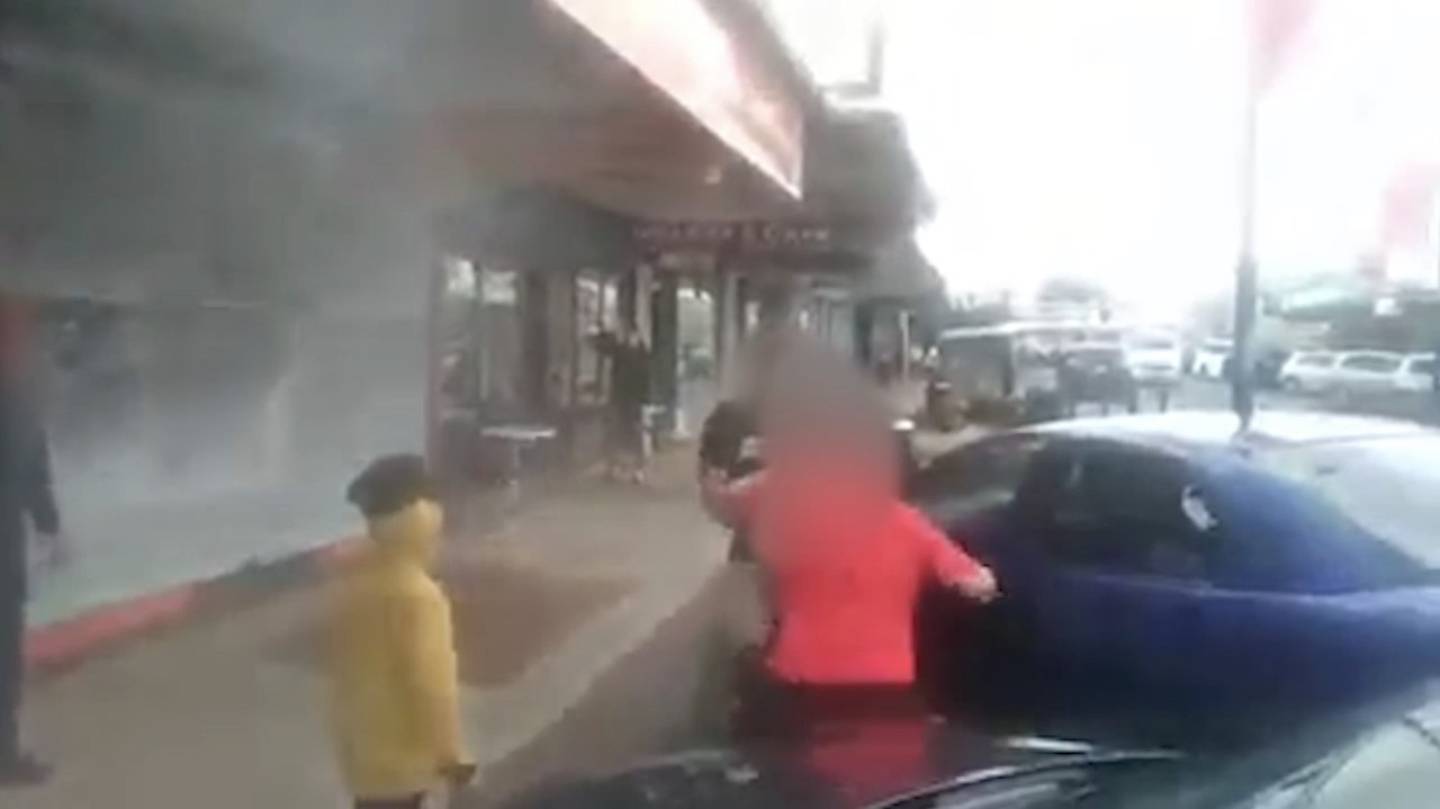 The fight between two of the men briefly goes out onto the road, in between parked cars.

Huntly-based Waikato District councillor Shelley Lynch didn't know much about the fight but said she was disappointed to hear about it, especially as there were children present.

Huntly often got a hard time about crime and incidents like this didn't help, she said.

"That people let their families down by carrying on in a violent way in a public place, although it's not a good idea to do it anywhere especially with kids involved."