A man fatally shot by police after a stand-off in West Auckland was a former welder, known as Tex, who had a large family and "kept to himself", a neighbour told the Herald.

He opened fire on officers, injuring three, before police returned fire and he died near the driveway to his Danube Ln property in Glen Eden on Monday morning.

The Armed Offenders Squad was called to his home after the man's house caught fire and neighbours noticed he had a firearm. He was seen firing shots at his house and at others who came to help.

One neighbour, who did not want to be identified, said the man was known as Tex.

He jumped the fence and walked over to her property while his house was burning, holding the firearm, she said.

He told her that someone had deliberately lit his house on fire with a molotov cocktail, also known as a petrol bomb, and he would "talk later".

But he died shortly after.

"It's just terrible," said the woman.

"He was a really nice guy, he lived a quiet life." 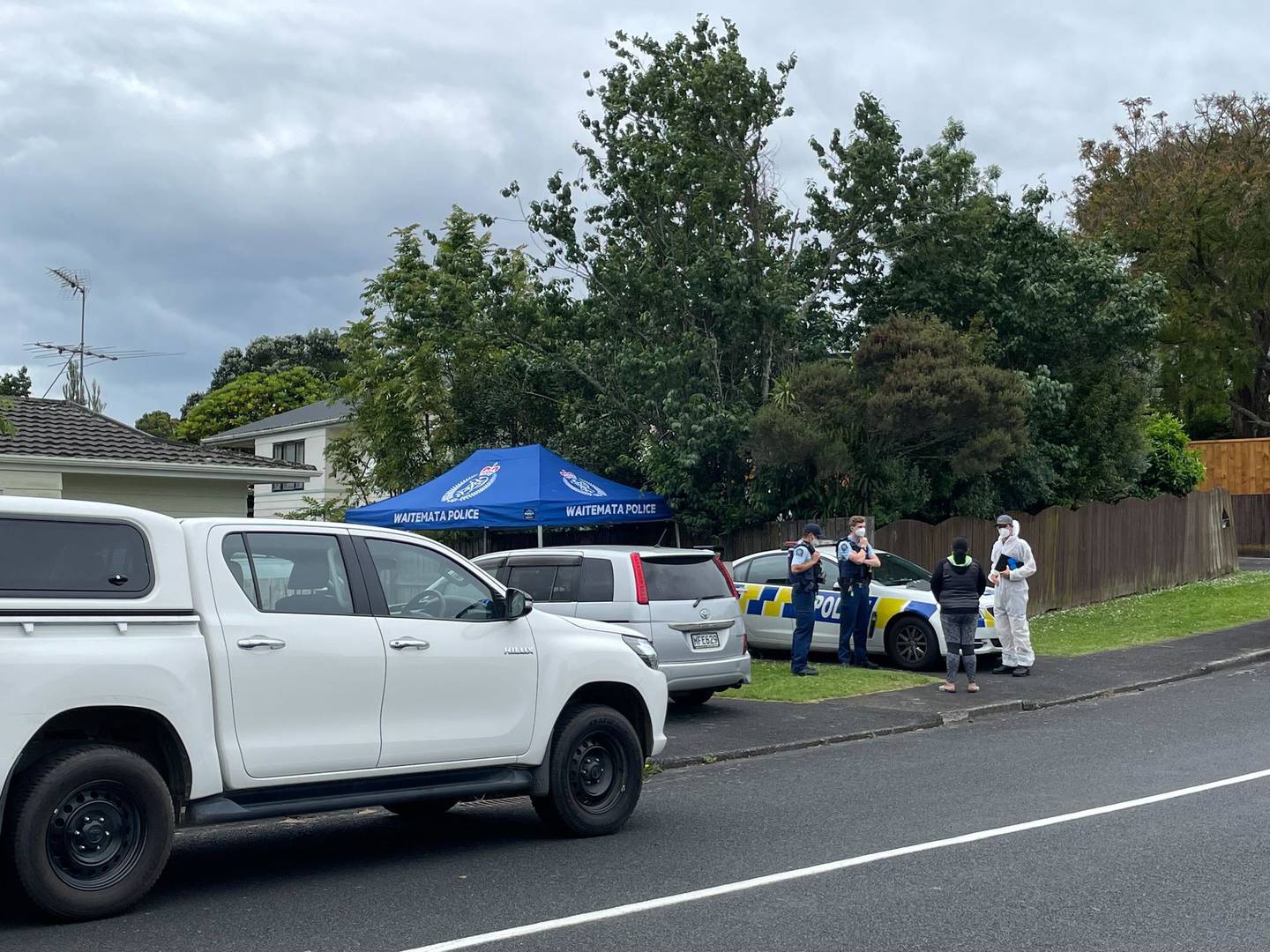 Police continue to speak with residents and ask anyone with footage to assist with the investigation. Photo / Miriam Burrell

She said he had worked previously as a welder and had even welded for her son once.

He had lived in the property for around 15 years, after owning another house in West Auckland which he told her had burnt down in a fireworks accident.

The man was "virtually blind in one eye" as a result of his trade, she said, and he suffered from emphysema.

He had adult children and grandchildren, some whom she understood lived in Australia and across New Zealand. He had spent time with family on the East Cape last year, she remembered.

He had a dog that "was a biter", which she believed was shot dead by police during the standoff.

The neighbour would speak to the man sometimes when she was outside hanging out her washing.

She had once invited him around for tea and scones, but it never eventuated before his death.

"He was very good to me. If you treated him right, he would treat you right."

While his house burnt down on Monday morning she heard him shouting out for people to "stop hiding" and to "come out" because he believed it was arson.

He became "very uptight, very upset", she said, but when he jumped the fence and entered her property she wasn't scared because she "knew he wasn't going to shoot me".

He had previously mentioned to her that he had problems with a "couple of people" but she didn't believe it was gang-related.

She pulls the curtains because she doesn't like seeing the charred remains of his house from her window.

"It got out of hand. He was so wound up...then the next minute it's a catastrophe." The Armed Offenders Squad was called to the property on Monday morning after reports of gunshots. Photo / Supplied

Another neighbour, who also did not want to be identified, said he would often see cars coming and going from the gunman's property.

He took out the rubbish on Sunday night around 9.30pm and heard a loud argument between two men at the house.

In the morning he woke to his wife telling him that the house next door was on fire.

When police arrived his family were told to evacuate their home, so they took their three young children – the youngest just seven months - to the top of Maywood Cres and watched the shooting unfold.

He said the man was firing into his own home and he was angry.

The man did not interact much with other residents, he said, only to occasionally say hi but otherwise he had barely spoken with him during two years of living on the corner of the street.

The family had only returned to their home last night, and his wife was still shaken up.

He noticed blood was still on the grass at the front of his house, from where the man had died.

Forensics and detectives were at the property this morning, carrying out a scene examination and speaking with neighbours.

Police are asking anyone who filmed the shooting to assist with the investigation.

Three officers who were shot during the incident are being well supported, police said. One officer who underwent surgery remains in a stable condition at Auckland City Hospital.

"We understand yesterday's events were upsetting to the community and we hope our continued presence will be of some reassurance," Waitematā District Commander Naila Hassan said yesterday.

The Independent Police Conduct Authority and Worksafe have been notified as is standard practice.

Police also have a critical incident investigation under way.