West Auckland residents are still shaken after running to the aid of a man who was fatally shot by police. Meanwhile, neighbours who filmed the shooting are being asked to assist with the investigation.

The man opened fire and injured three officers at his property, which had caught fire, on Danube Ln in Glen Eden yesterday morning.

Negotiations that had lasted around 30 minutes escalated, police said. They tried to perform first aid on the man but he died at the scene. Three injured officers, one seriously, were taken to Auckland City Hospital.

Today police are notifying the man's family and carrying out a post mortem examination and formal identification.

They are also asking neighbours who filmed the stand off to assist with the investigation.

"Three officers, who were shot during the incident, are being well supported. One of the officers has been discharged from Auckland Hospital, one is expected to be released today and the third officer who underwent surgery remains in a stable condition."

Hassan said police were aware that a number of people were filming yesterday's events as they unfolded: "We are really keen for anyone who has any footage to please upload this onto a portal set up specifically for this investigation."

'We heard someone shout out - he's got a gun'

Before police arrived, nearby residents who noticed the house fire tried to help the gunman.

"We started racing down and [my husband] Jason was ahead of me, about a whole yard ahead of me," said Sherylee, who lives on nearby Haywood Cres.

"We heard someone shout out, 'He's got a gun', then there were a couple of sounds like gunshots, then Jason started running back towards me.

"I didn't realise until afterwards that the shots had gone quite close to him and hit the fence by where he was."

Sherylee, who only wanted to be identified by her first name, noticed the man's house was on fire when she was making breakfast at her kitchen bench.

"I put my toast down on the board and looked out the window and I was like, 'Holy s*** that house is on fire. The house was quite engulfed by this stage.

"My husband came running down the hallway and we both ran outside and I called emergency services.

"We kept going down towards the property because we were worried about the neighbours as well, there is an older lady who lives on one side of the house, and the young family that live in front of the house had three young children."

After Sherylee heard two gunshots she called police and stood on the corner of Danube Ln and Maywood Cres, relaying information over the phone.

"I was [thinking] oh my gosh he's got a gun, there are families with small children nearby, I hope everyone's going to be okay, I need to let the police know what's going on."

She said the man was walking around on the pavement holding the firearm but not firing at this point.

"He walked out of the driveway ... and up the road to the next house and into their driveway and then he came back ... into his own driveway.

"He was just an angry dude with a gun."

When police arrived Sherylee saw them evacuate the young family out of their home and they began negotiating with the man, telling him to put the gun down.

"The AOS arrived and parked outside our house and geared up really quickly and went down and shouted at him a couple of times, and they threw a shock grenade and then moved down the drive." 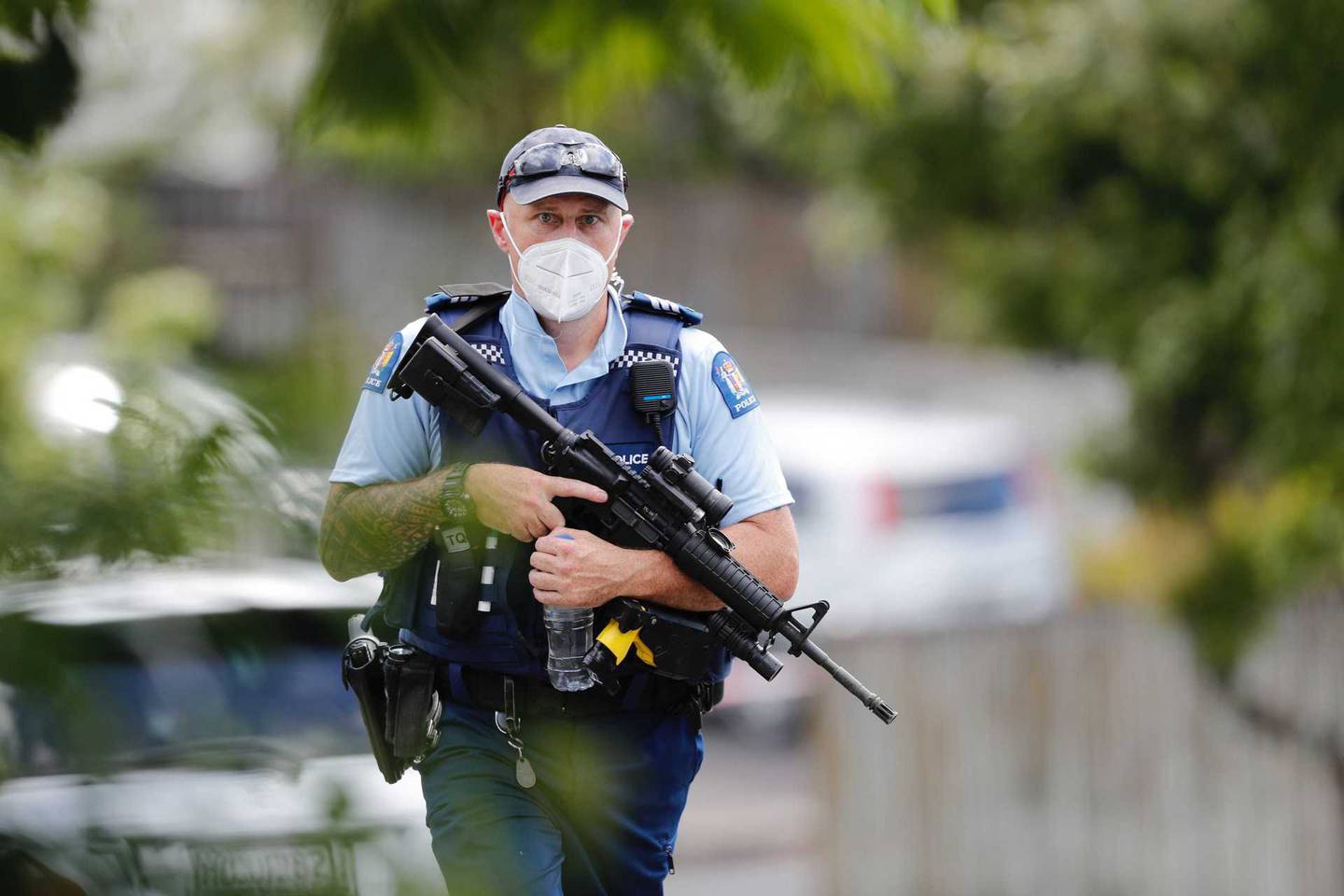 The young family joined Sherylee and Jason on their deck as they watched the incident unfold.

"They had three wee children, it must have been so scary for them. The kids were alright until they started letting off the shock grenade and then a couple of the kids started crying."

The man was shot by police and died at the scene. Three officers taken to Auckland City Hospital and are recovering in a stable condition.

It is understood the man lived alone in a Kainga Ora property.

A woman who lived next door to him said she had no previous issues with him and his death was a shock.

Sherylee said despite yesterday's ordeal she is not looking to move out of Glen Eden.

"We love our neighbourhood, we think our community... is really supportive of each other.

"Yesterday neighbours up the road were bringing supplies to people inside the cordoned area and brought food and drinks to police officers, that's more what our neighbourhood is like.

"These are just unfortunate individual incidents."

Police are continuing to take statements from residents today.

A critical incident investigation is under way, and the Independent Police Conduct Authority and WorkSafe have been notified as is standard practice.