Gang leaders and anyone with alleged links to organised crime will have to prove how they paid for their assets – or risk losing them – under planned changes to strengthen an already powerful law.

More than $1 billion worth of real estate, luxury cars and cash are among the assets restrained from drug dealers, gangs and other criminal groups since the Criminal Proceeds (Recovery) Act was passed in late 2009.

The success of the New Zealand police in enforcing the law was "impressive", according to a report published this year by the Financial Action Task Force (FATF), which estimated 8 per cent of criminal profits were frozen each year. The global average is around 2.2 per cent.

Now, the Government plans to change the law to give police even more powers to target gang leaders, or organised crime figures, who have distanced themselves from any criminal activity but allegedly still reap the financial benefits.

Under the current law, police do not need a conviction. They only have to show that someone profited from criminal offending to the lower standard of proof applied in civil cases – "on the balance of probabilities" – rather than surpassing the more difficult "beyond reasonable doubt" threshold for criminal cases.

Under the proposed change to the law, the police would be able to ask the High Court to restrain - and later forfeit - the assets of anyone "associated" with an organised criminal group, if their declared income was insufficient to pay for them.

This is designed to target the leaders of gangs, and organised criminal groups, who the police allege have structured their affairs to "insulate" themselves from involvement, or even knowledge of, profit-driven crimes committed by their members.

"These leaders and other members nonetheless provide the structure within which this criminal activity takes place and will derive benefit from this structure," briefings to Justice Minister Kris Faafoi show.

"For example, drug related organised crime in New Zealand is structured into franchises and pyramid schemes, so that the leaders and senior members who receive a portion of profits are distanced from the criminal activity.

"They also created distance between themselves and their illicit activities by using intermediaries, third party relatives or friends, associated business people, apparently legitimate businesses and legal entities such as companies and trusts."

Instead of proving someone benefited directly from a specific crime, the law change would mean police would simply have to prove a lack of income and an "association" to an organised criminal group. 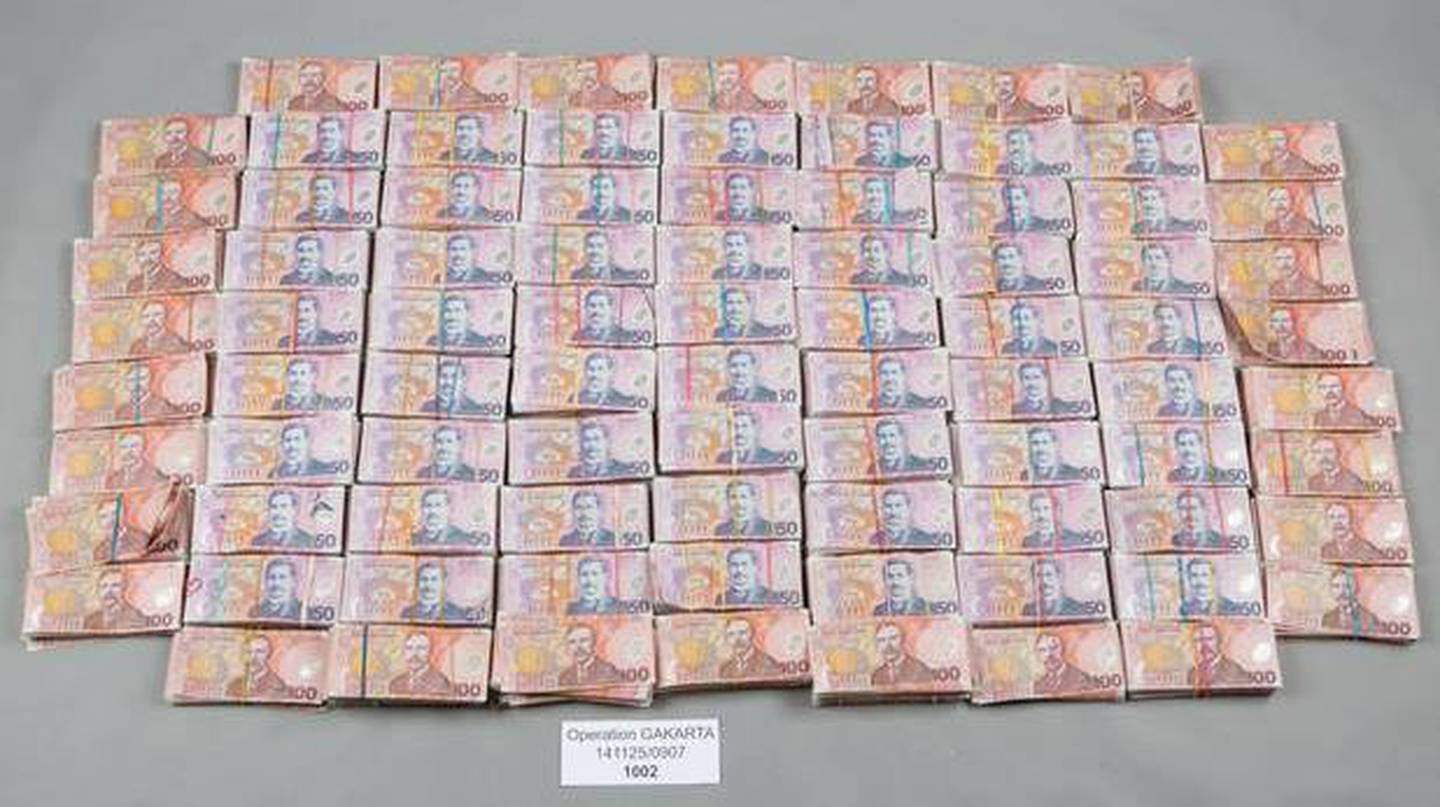 In terms of the proposed law change, the definition of an "organised criminal group" is also likely to be a point of contention when the Government introduces the amendment bill to Parliament in the first half of 2022.

The police currently have a low conviction rate for the offence of "participating in an organised criminal group", in which a number of elements – such as knowing at least three people are working together – must be proven.

The proposed change to the Criminal Proceeds Recovery Act will lead to an extra $25 million seized each year, according to the Justice Ministry briefings released under the Official Information Act.

The briefings reveal the proposal could conflict with the New Zealand Bill of Rights Act, in particular the right to freedom of association and from unreasonable search and seizure, as well as natural justice – although the public interest may justify those limitations.

"Although association with a member of an organised criminal group is not enough by itself, it is one of the factors as to whether a forfeiture order can be made. This may have a potential chilling effect on freedom of association," the briefing to Faafoi said.

"The organised crime proposal requires police to prove significant criminal activity by the group to which the respondent is associated, and that the respondent's known legitimate income is likely to have been insufficient to acquire the interests in the restrained property. This is the safeguard, though the scope captured by association could be broad."

The vast majority of the proceeds-of-crime cases that the police have pursued are related to drugs, gangs and organised crime. Recently, they have increasingly been going after the proceeds of other alleged crimes including fraud, tax evasion, exploitation of slave labour, movie piracy and even a workplace fatality.

The proceeds law could also be tinkered with further to include firearms, according to a plan by an Opposition politician to crack down on inter-gang shootings.

Nicole McKee, the ACT Party justice spokeswoman, had a private member's bill drawn from the ballot in September which proposes a new threshold for asset seizure: if a gang member is found with an illegal firearm.

"It's only a matter of time before an innocent member of the public gets caught in the crossfire," McKee said of an increasing number of gang-related shootings.

"This is a tool to hit the gangs where it hurts; their wallets." 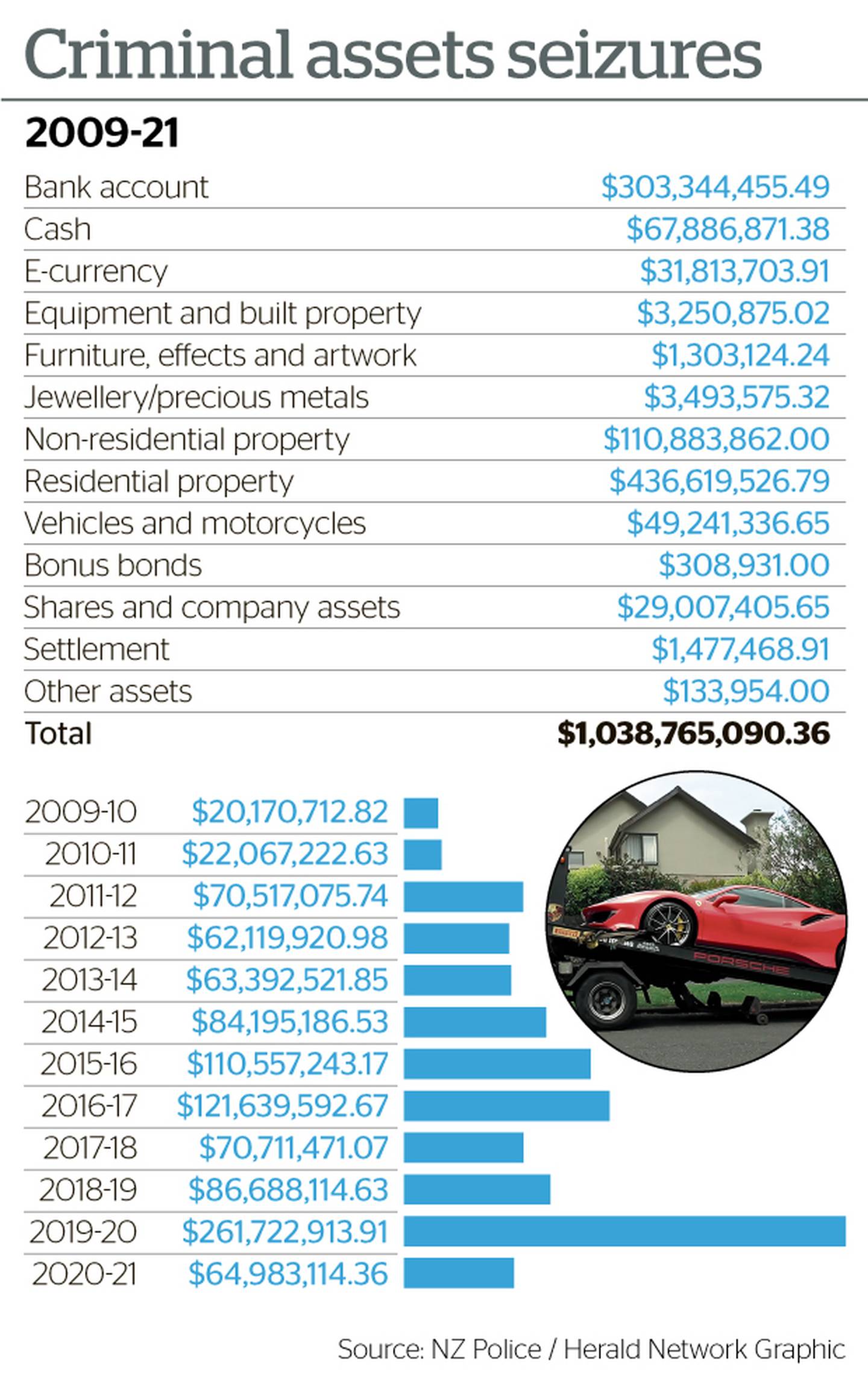