A young prisoner guilty of a brutal jailhouse attack, but acquitted of murder, has failed in his attempt to have his "crushing" sentence reduced.

However, Riki Wiremu Ngamoki is currently eligible for parole and due to go before the Parole Board in October.

Ngamoki, 22, was cleared of the murder of Blake Lee, which occurred at Paremoremo Prison on March 5, 2020, but admitted intentionally injuring another man during the same clash.

A few months later, he assaulted a Corrections officer, which he also admitted.

At the time of the jailhouse attacks, Ngamoki, a Killer Beez gang associate, was serving a prison sentence of six years and three months for serious offending committed when he was 16.

He was sentenced in October last year to an additional 23 months' jail for the prison offences.

His lawyer, Anoushka Bloem, has since argued in the Court of Appeal the overall sentence of eight years and two months' imprisonment was excessive to the point of being "crushing".

The judge was wrong not to reduce the sentence to reflect the principle of totality, she said.

Bloem made the point such a sentence would have no real deterrence value and be counterproductive to Ngamoki's prospects of rehabilitation and reintegration.

And while the panel of three Court of Appeal judges agreed, they could find no error in the judge's sentence and dismissed the appeal.

"In this case, we must consider whether the resulting eight-year-and-two-months' sentence was out of all proportion to the gravity of Mr Ngamoki's offending," the decision, released this week, said. 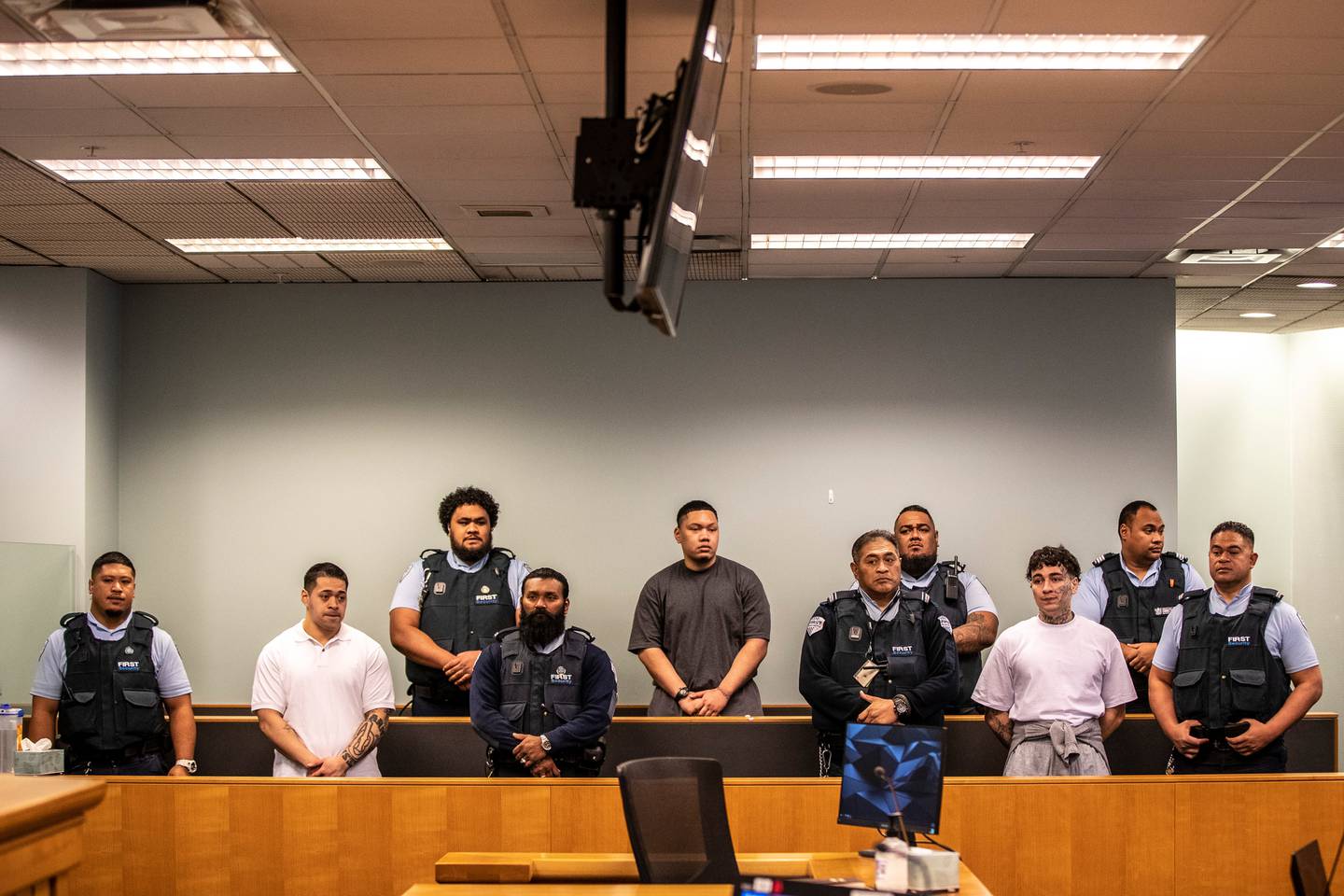 Paul Tuliloa, Lopeti Telefoni, and Riki Wiremu Ngamoki, when they appeared at trial for the murder of Blake Lee. Photo / File

It included three charges of kidnapping, four charges of aggravated robbery and other violence offences, and then the subsequent prison offending.

"This is serious offending and, looked at in its totality, we consider the addition of a further 23 months for the two offences committed in prison is not disproportionate to the gravity of the offending."

A 12-month totality adjustment, as advocated by Bloem, would be contrary to the accepted principle violent offending committed while in prison should attract a stern response, the decision said.

Ngamoki has nearly completed his initial sentence and remains eligible for parole, even with the additional 23 months.

"This is not a case where his release date or potential release date is extended so far into the future by the additional sentence that the penalty could be seen to be disproportionate to the gravity of Mr Ngamoki's serious, violent offending."

CCTV footage of the attack on Lee inside the prison's exercise yard showed Telefoni deliver a single punch to Lee, who as a result fell to the ground.

A fourth prisoner, Siuaki Lisiate, then repeatedly stomped on Lee's head and stabbed him 37 times with a shank. Lisiate admitted his part in the killing before the trial.

Ngamoki, Telefoni and Tuliloa then set upon Lee's friend, Cesar Su'a, knocking him to the ground and repeatedly kicking him in.

Six months after the attack on Su'a, Ngamoki punched a Corrections officer in the head as he was being escorted to his cell. It took six officers to gain control of him.