After a decade of verbal and physical abuse at the hands of her partner and father of their four children, Rebecca* picked up the phone and called police.

"I was just sick of it. I was sick of being his rag doll," she told the Herald.

"It was in 2016 when I was getting hidings every single day.

"I just had enough and one day I just said 'F*** this, I'm getting the cops involved, you're going to jail'."

Rebecca's situation was one of 118,936 family harm investigations police attended that year across New Zealand.

The number has soared since then. More than 170,000 family harm investigations nationwide were recorded in 2020, according to figures obtained by the Herald under the Official Information Act.

But victim advocates believe more protection is needed for them and their families once police arrive to investigate the incidents.

Rebecca believes violence is increasing but many victims are too afraid to involve police.

"I encourage everybody [to call police]. I encourage my friends when they talk about their partners being abusive to them physically or verbally. I'm like: 'Just ring the cops, make a statement, that's all it takes'."

In the Counties Manukau district alone, up to 190 incidents could occur over one weekend, or up to 40 in a day, said Alisse Robertson, director of iwi-led police family harm response team, Whāngaia Ngā Pā Harakeke.

"We are starting to see a lot more victims calling, particularly for the first time.

"It's not the first time they've experienced family harm. On average it could be anywhere from 20 to 30 incidents in that family nucleus that have happened before they finally get to their threshold ... and they call police."

As the pandemic hit in March last year, New Zealand there was a 70 per cent increase in neighbours calling police about family harm across Auckland and a 167 per cent increase the following month, Roberston said.

Police believe changes introduced in 2018 in the way it responds to family harm has meant more victims are willing to trust the system. 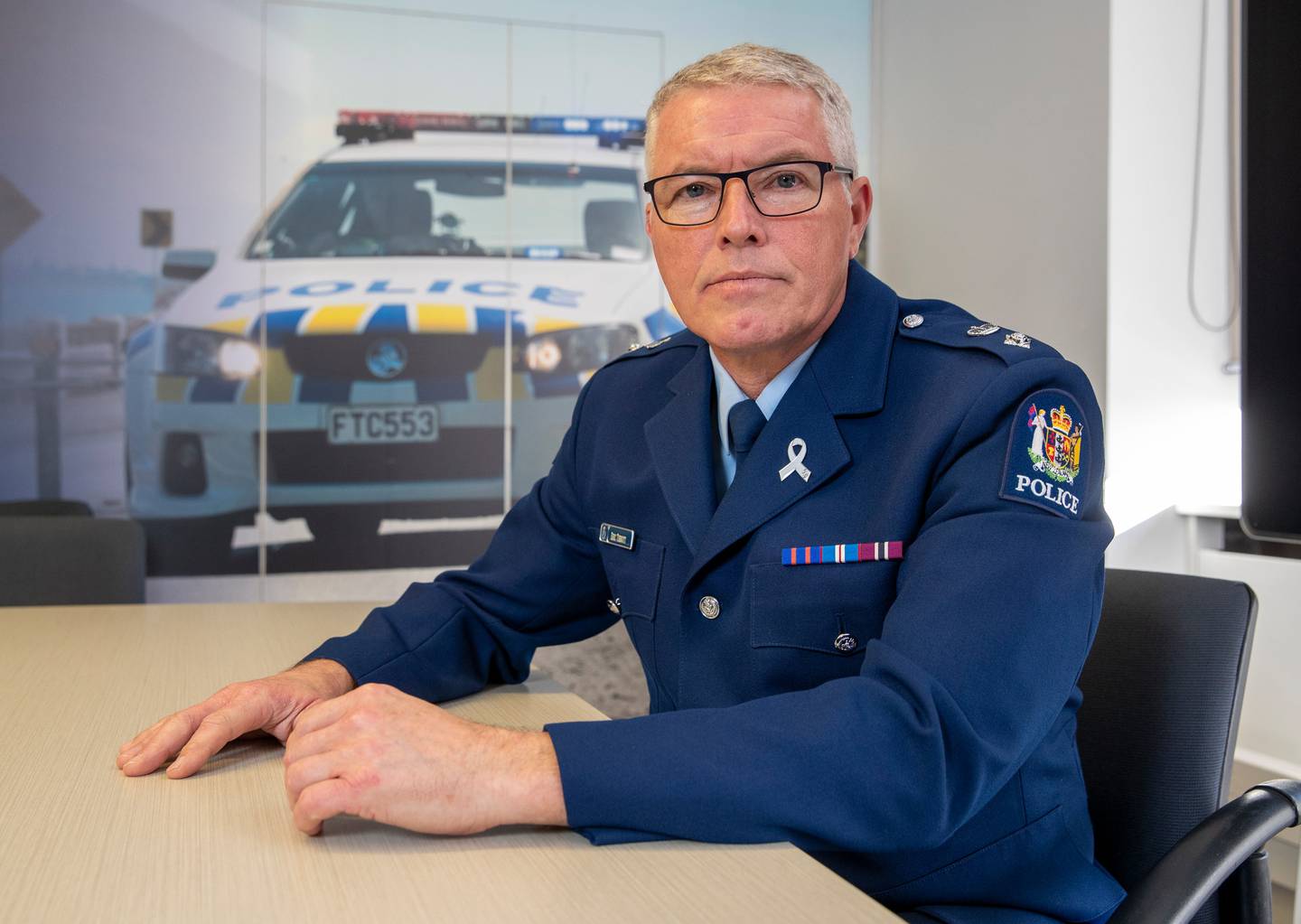 "That surely can't be explained by increase in population. It can be in part informed by the fact we've taken a different approach.

"As you build a system that is more caring to victims and also to be honest the perpetrator as well ... you're likely to get that unreported stuff now being reported."

"More people are thinking they should do something and not be passive bystanders, which is quite encouraging."

But the demand on officers can be overwhelming.

"They literally, in some shifts, are going from one to another to another for almost the whole shift, and it can be pretty disheartening if they return to the same families again and again," Police Association president Chris Cahill told the Herald. 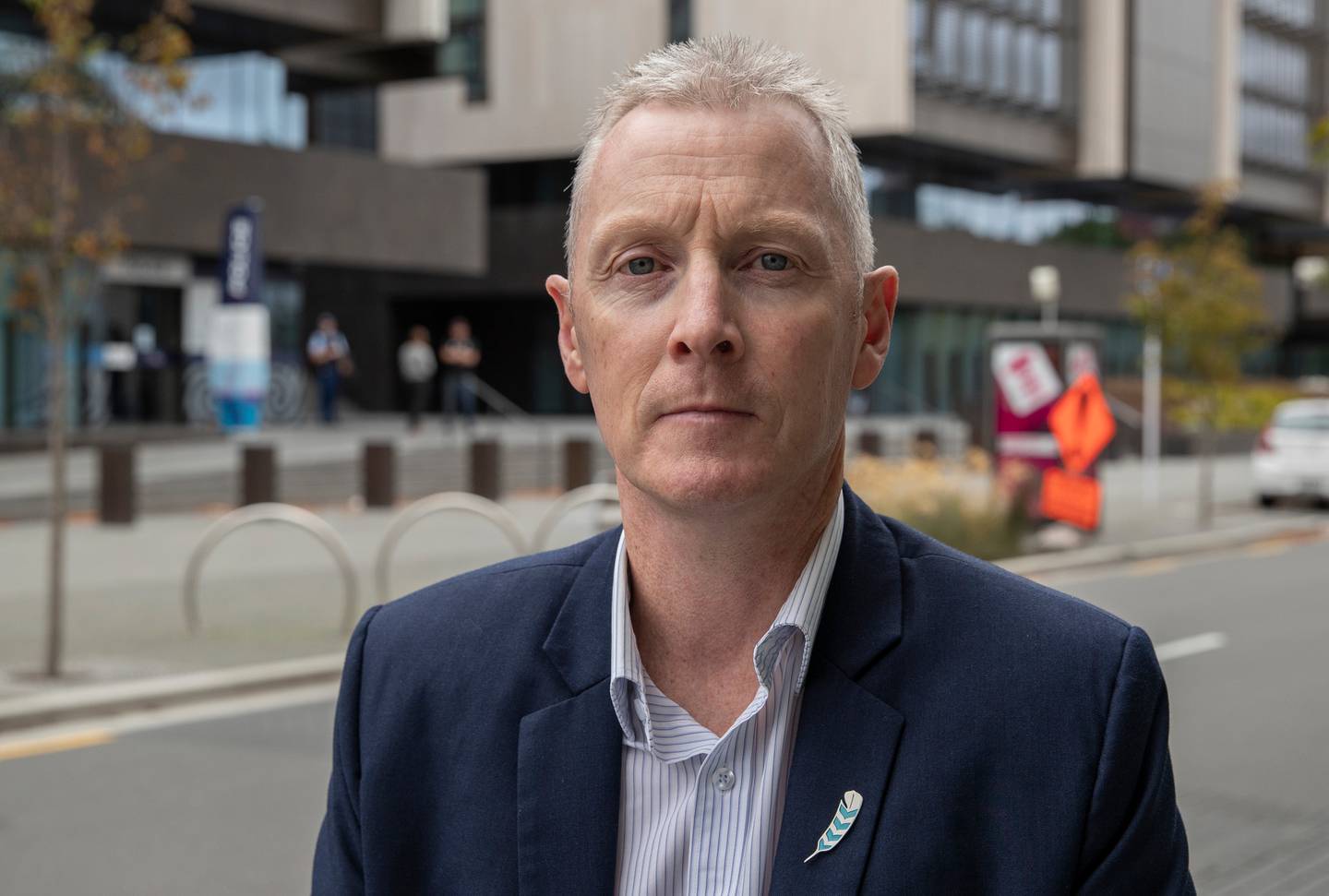 "You see some really disturbing situations when children are involved, violence against the children.

"Normally there's multiple victims whether it be the partner, the children, extended family, it can be quite distressing and it's when you're going from one to another that it can really build up."

Despite an increase in calls to police being seen as progress, advocates believe not every victim is receiving the same protection.

The 2018 revamp encouraged police to prioritise the safety of the victim and family.

Steering perpetrators to alternative courses of action to prison - such as rehabilitation and support services for issues such as alcoholism or budgeting - is an option for police.

Services could be offered while the aggressor was in custody or when police followed up after their first court appearance, Robertson said.

But uptake is still low from perpetrators in custody, only about 8 per cent, and sometimes the victims prefer the aggressor is arrested.

Rebecca said she feels safer knowing her former partner is in jail.

"In jail, you stay there and think about what you did wrong, you can't leave when you want.

"I'm a bit iffy on the rehabilitation side of things if they have the chance to leave that place and move somewhere else.

"I'd rather them go to jail and think about their wrongs and fix it." 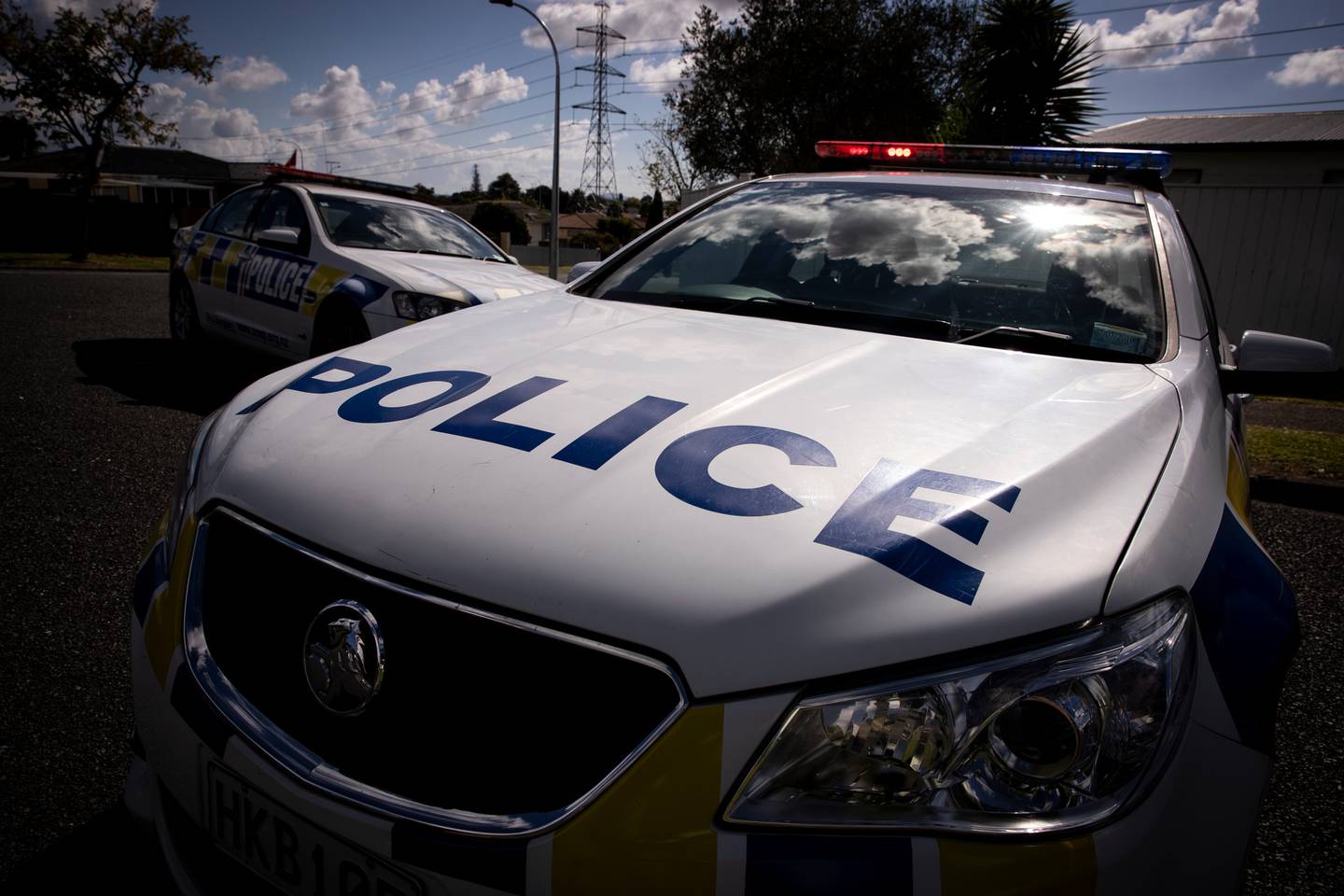 Of the 171,381 family harm investigations across New Zealand last year, just 57,248 were classified by police as a crime taking place.

And of the total family harm investigations classified with a crime occurring, just 17,799 led to an apprehension.

An apprehension is when police determine who committed an offence and inform the person. This could be in the form of an arrest or alternative course of action.

Police blame the stark disparity partly on a coding issue within a mobile app used by officers who attend family harm callouts, introduced with the changes in 2018.

The default code in the app was not an offence code, said Tibbott, but it has since been fixed.

"We've worked with our IT department and taken off the default so the officer attending has to actively select the appropriate offence code."

Tibbott said his team is investigating the low number of apprehensions. He couldn't confirm if it again was a coding issue or another issue.

"You've got 57,248 family harm incidents with offences, you would expect 80 to 90 per cent of those to have some sort of resolution which results in apprehension or some type of action," he told the Herald.

Either way, victims are offered the same level of protection, Tibbott claimed.

"Even when we haven't captured an offence ... we are still providing the support mechanisms and are still apply legislation to keep the victims safe."

Police can still issue a safety protection order (PSO) forcing the aggressor to leave the premises for up to 10 days, he said.

"When you look at the number of offences detected compared to number of attendances, if people are contacting police because they trust them more, I don't know how long that will continue if there's nothing actually happening as a result of those calls," she said.

In reality people breach PSOs all the time, Carrington said, and victims are always safer if a perpetrator is held in custody.

"Having someone actually held in custody overnight, at least overnight, and then face consequences from the judicial system is always better protection than no arrest when he can simply go back home.

"They have a massive job ahead in terms of culture change within police," she said. 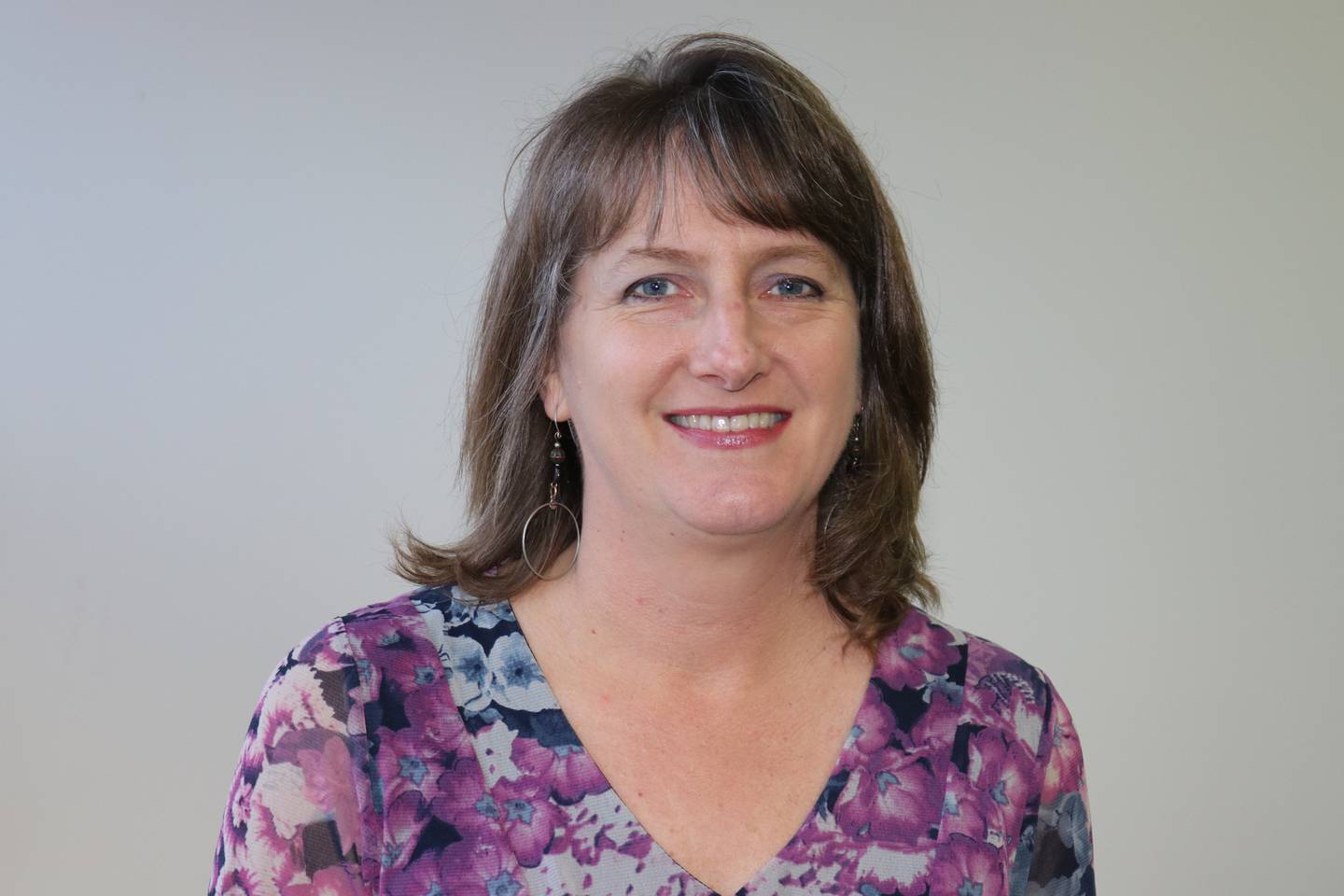 Part of that culture change has been a new multi-agency initiative in Counties Manukau.

The agencies involved work together in one space and deal with families in crisis, Robertson said.

A lead agency will be tasked to co-ordinate and "get that family out of crisis and build resilience", she said.

A Government-led, multi-agency initiative – Integrated Safety Response (ISR) – has been offered in Christchurch and Waikato since 2016.

"The independent Kaupapa Māori evaluation found that whānau in both Christchurch and Waikato were very appreciative of the level of support received from ISR Kaupapa Māori partners," a 2019 report said.

Tibbott expects the number of family harm incidents to continue to climb, revealing more of a true reflection of the problem across New Zealand.

But police hope an eventual dip would show their new approach is "circuit breaking" the violence.

"I'm pretty comfortable that things are going in the right direction," Tibbott said.

"But as things do increase in total number of family harms, what you don't what to see is an increase in violence.

"We're looking for indications violence has plateaued and potentially going downwards and what we're left with is low-level family harm reporting."

Upskilling the family violence sector to work with men will help to reduce the number of family harm incidents, the Family Harm Death Review Committee recommended in its latest report 'Men who use violence'.

"Until we make significant steps in that area, we're not going to stop the violence from happening, that's the reality," Carrington said.

"There needs to be a much higher degree of confidence from victims who have been repeatedly victimised, to get the help they need.

"A lot of victims have not had positive outcomes from the imminent police response or the whole criminal justice system that follows on from that."

"Only people can do that," she told the Herald.

"Start spending more money, get a national family violence strategy in place. These are all things that are in the process but not happening yet." 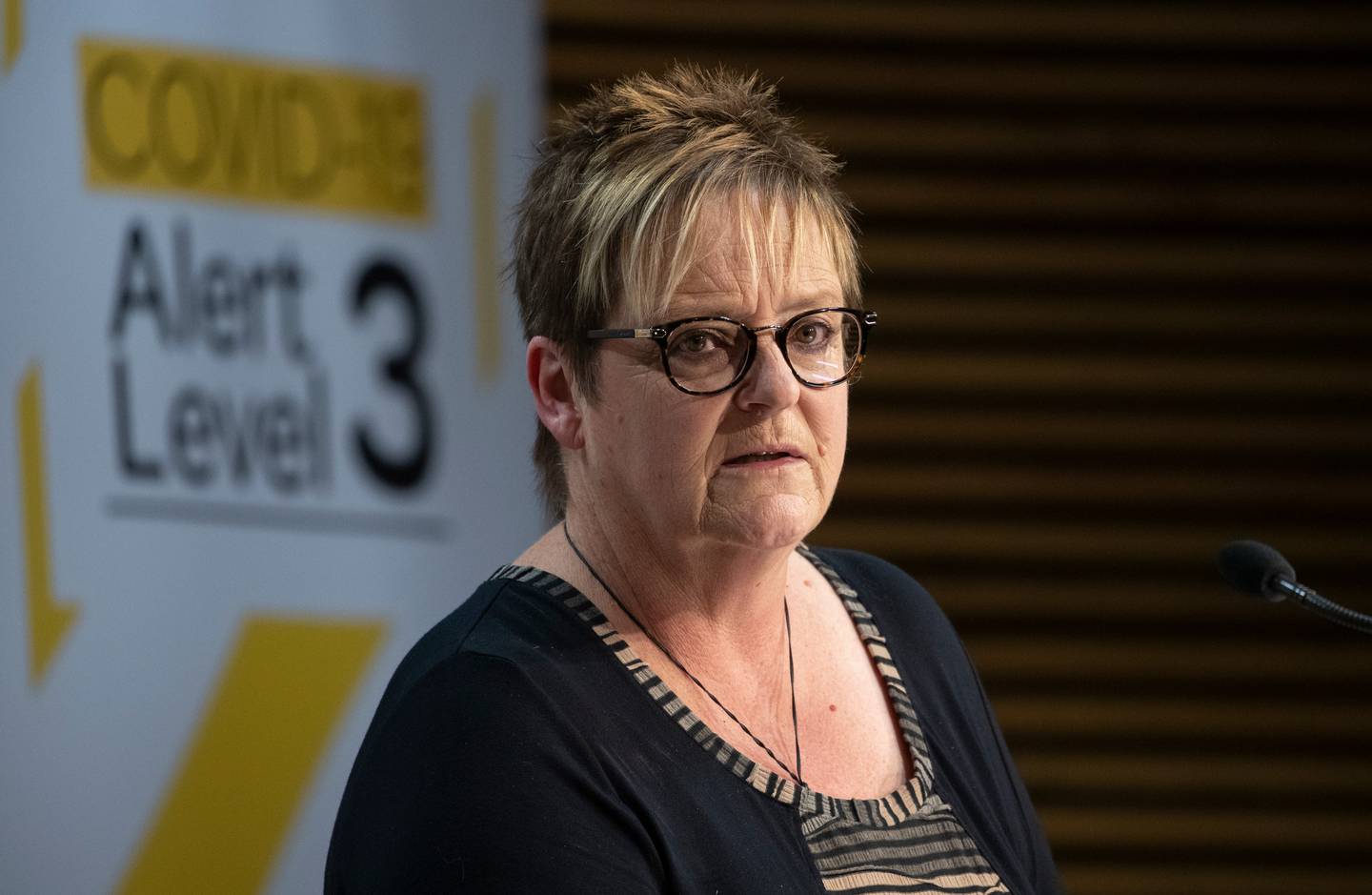 Roberston confirmed there is no nationwide dedicated training programme for police officers on responding to family harm incidents.

"On a daily basis, the ongoing training comes from our direct supervisors and area leadership teams," she said.

"It's district by district."

But talks are underway on rolling out a more cohesive approach, she claims.

In the meantime, her message to victims is clear: "Just call us."

* The names of the victims in this article have been changed.

Where to go for help or more information

If you are reading this information on the Herald website and you're worried that someone using the same computer will find out what you've been looking at, you can follow the steps at the link here to hide your visit.

Each of the websites above also have a section that outlines this process.