Oranga Tamariki has "closed the file" on three Waikato children missing for the past five months and is not seeking to check on their welfare, a family member says.

The children - Jayda, 8, Maverick, 7, and Ember, 6 - are suspected of having been taken by father Tom Phillips into remote bushland near coastal town Marokopa in early December 2021.

He has only reportedly been seen once since then. The children have not been seen.

The children's adult half-sister accuses government agencies, such as child wellbeing organisation Oranga Tamariki and the police, of dragging their feet without taking serious steps to find the children.

Oranga Tamariki says it is unable to comment on the matter because it is before the courts and due to privacy concerns for those involved.

But the children's sister says emails sent to her by Oranga Tamariki state it has "closed the file" on the children "with the understanding that police will re-notify on the return of the children".

It feels like it's a case of "out of sight, out of mind", she says.

"It seems to me that Oranga Tamariki is doing the least that they possibly can to safely locate the children."

The sister says she understands there are limits to what social workers can do while the children are missing. 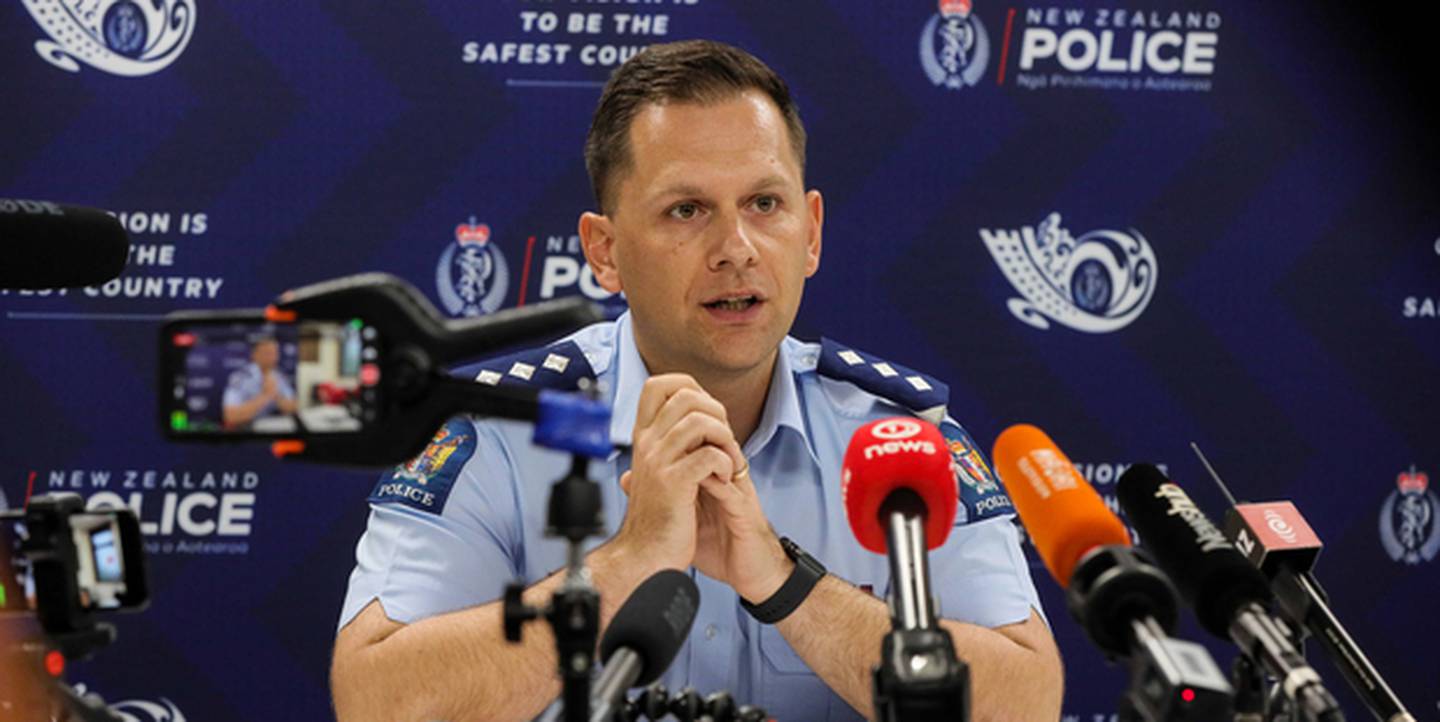 Waikato West Area Commander Inspector Will Loughrin initially said Tom Phillips had not violated any court restrictions and done nothing wrong in that regard. Photo / Mike Scott

But she says she is speaking out against a seeming systemic lack of concern and action among government departments and agencies to find the children.

"I do understand that their hands are tied to some extent, but someone needs to take responsibility."

She says Oranga Tamariki's website states it is responsible for ensuring that children and young people are safe and nurtured in their families, whānau and homes.

Yet the three children had been missing now for five months, she says.

The latest disappearance is the second time within months in which Phillips has disappeared "off the grid" with his children.

Police earlier launched a major search for him and his children in September last year when his ute was found on Kiritehere Beach with water lapping at its tyres, sparking fears the family could have been washed out to sea.

Emergency service teams and members of the local community and iwi spent 17 days looking for the family before he and his children turned up at his parents' home on September 28. 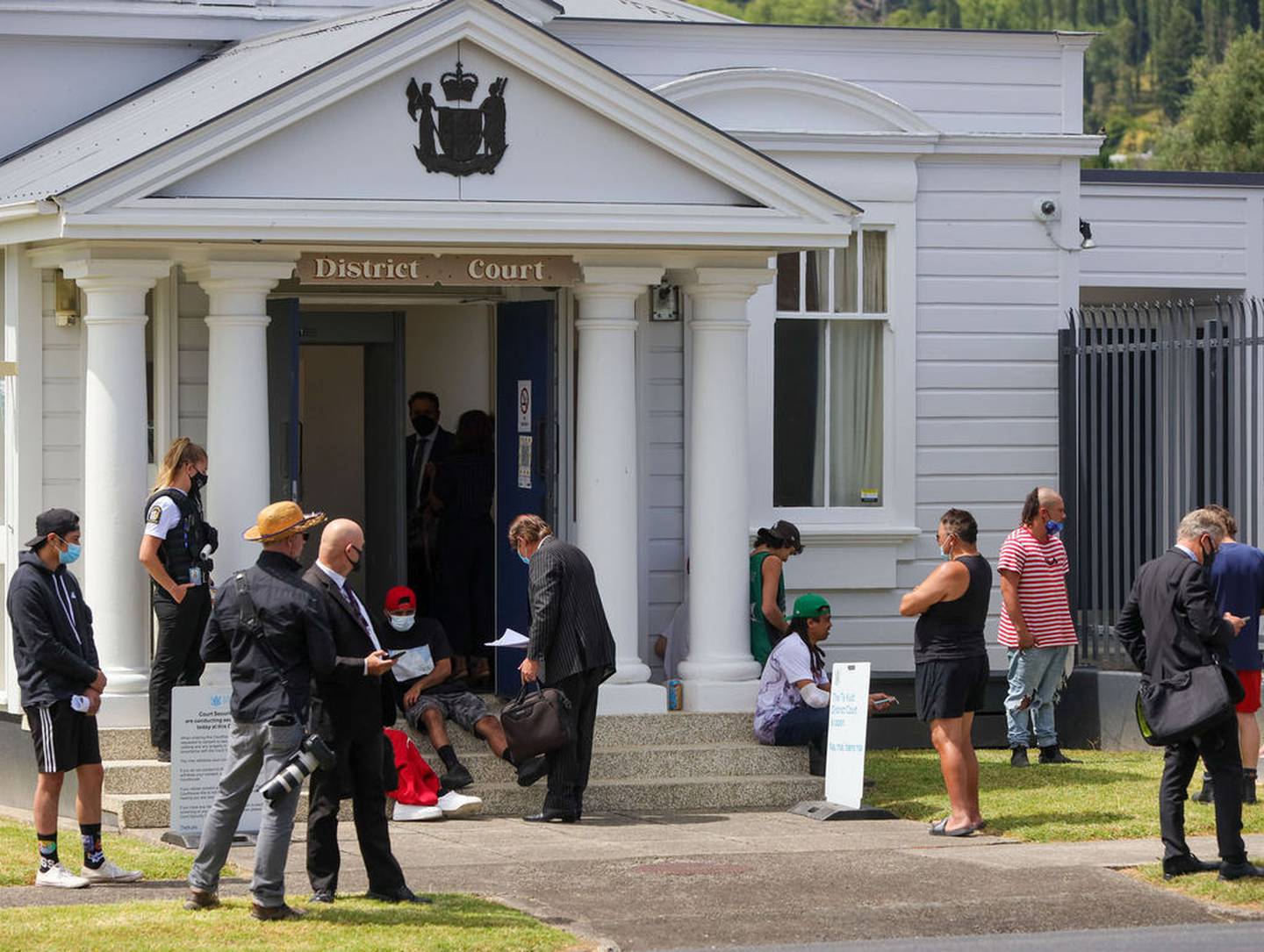 They had been staying in a tent in dense bush, his family said.

However, Phillips then went "off the grid" again in early December.

The young children's mother and older adult half-sisters posted on Facebook soon after calling for help finding the children, saying they wanted "these poor babies back".

But when Phillips left in December, police said was he not violating any court orders.

"In terms of what he can and can't do, he's doing nothing wrong," West Waikato police area commander Inspector Will Loughrin said at the time.

Phillips later missed his January court appearance where he was due to face the charge of wasting police resources. Police subsequently issued a warrant for his arrest for failing to show.

Police last week stepped up efforts to find him by appealing on TV show Ten 7 Aotearoa for public help tracking him down. 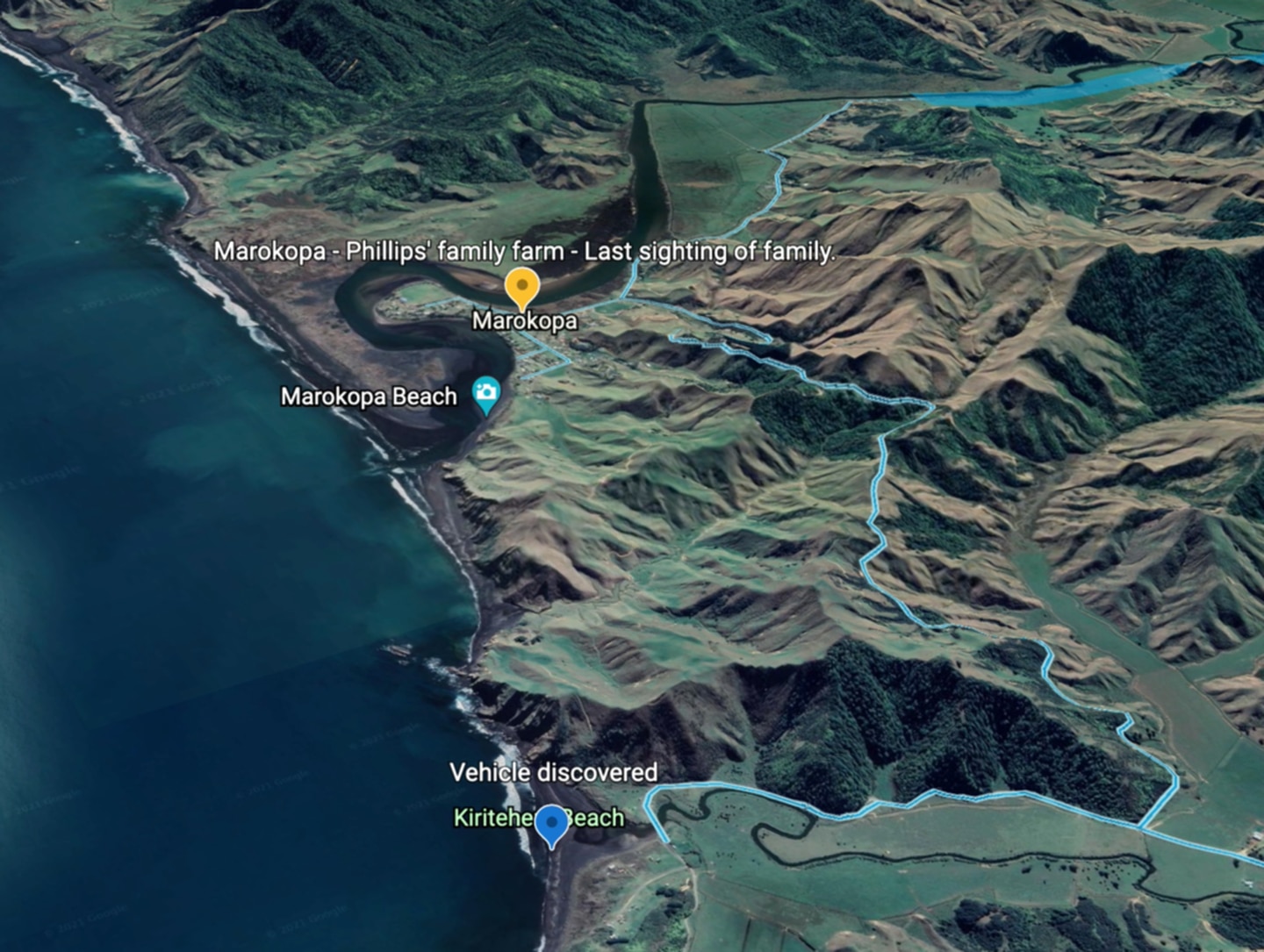 A map of the area in which Phillips' car was found when he first disappeared for 17 days in September last year. Image / File

Loughrin today says police received a number of calls from people wanting to provide information after watching the show.

"We are now in the process of reviewing and assessing this information and conducting follow-up inquiries as required," he says.

However, the oldest half-sister - who was 12 when her mother married Phillips - says her family has had to spearhead every new effort to bring attention to the missing children.

But they still have no idea where they are or how they are doing.

Are they receiving home-schooling, do they need medical care, are they eating well - no one knows, she says.

"We haven't been able to see the kids grow up and we've missed all those moments," their sister says.

"That is a lot of time he has taken from us ... and in a worst case scenario they never come back."