A former Killer Beez gang member who killed a cyclist in a west Auckland hit-and-run crash as he fled police in a stolen station wagon has been ordered to serve five years and one month in prison.

Judge Anna Skellern noted on Wednesday that the 27-year-old, who continues to have name suppression, has one of the most "truly disturbing" backgrounds she's seen - including a lifelong addiction to meth starting at age 9 and an abusive childhood in which he was at one point moved to Australia due to death threats from his gang member father.

But also disturbing, she said, has been his failure to overcome that background while accumulating 59 previous convictions - 27 of which were vehicle-related.

He now has four more convictions, all relating to the November 2019 crash that resulted in the traumatic brain injuries of 39-year-old businessman Jamie Jameson. The defendant had been released from a previous prison stint only about a month prior to when the incident unfolded.

"I have never cried so much or felt so helpless," Jameson's widow, Rebecca, explained through tears of the eight days he spent at Auckland Hospital before the decision was made to take him off life support.

"I would have given anything to see Jamie breath on his own, squeeze my hand or show any sign he knew we were there."

During her victim impact statement, she described her husband as someone with a big heart who loved life and never sat still - always looking for the next thing to fix around the house or an activity to do with their son.

"He doesn't deserve to be a faded memory. He deserves to be here," she said. "This never should have happened."

The defendant, she said, "ripped apart our family and opened wounds that will never heal". 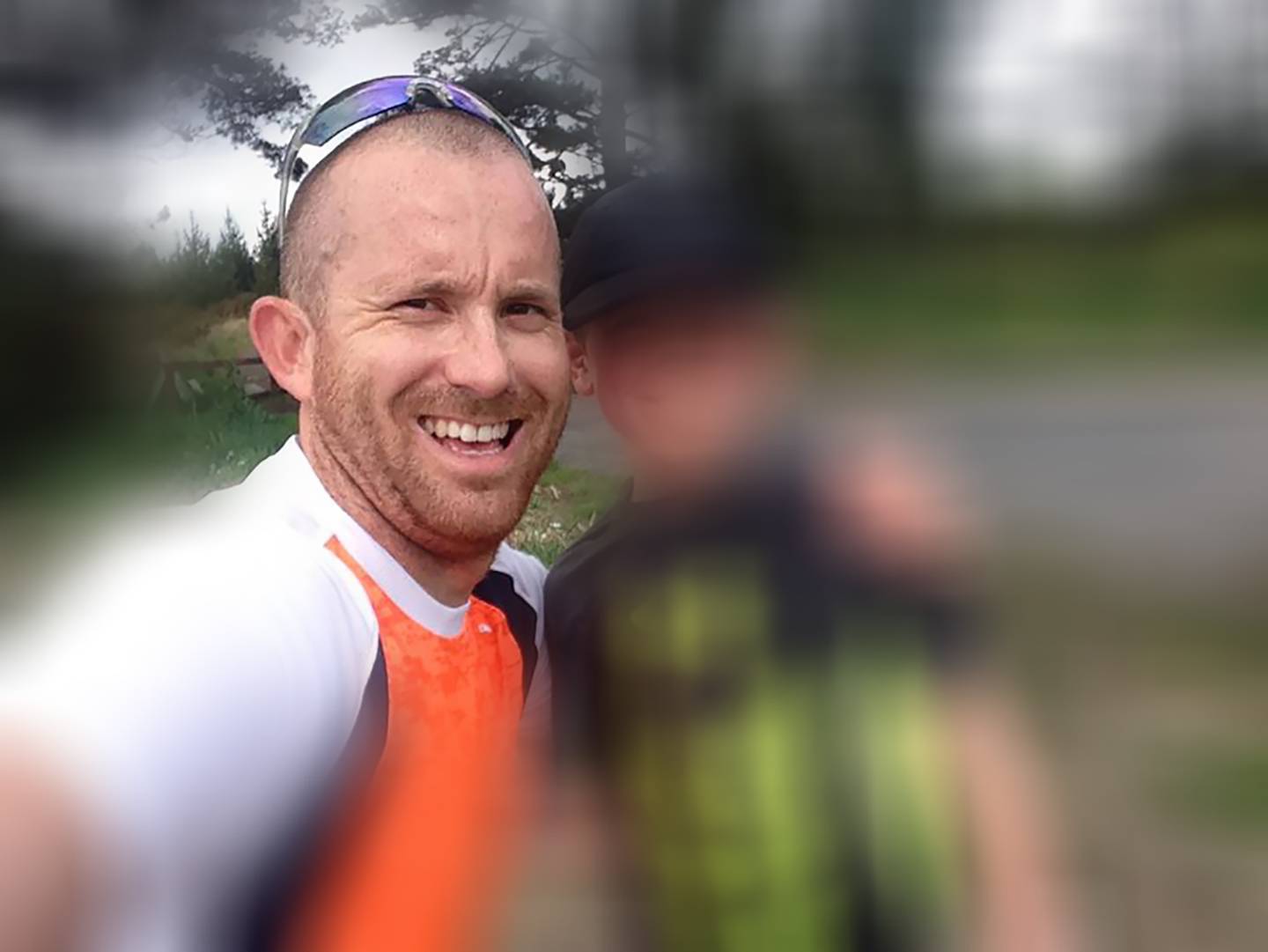 Jamie Jameson's son, now 14, told the court he also feels an emptiness, especially when he sees other children with their fathers.

"I miss everything about my dad," he said. "I especially miss his bear hugs he gave me in the morning."

During the defendant's judge-alone trial in August, police testified they were trying to locate him on an unrelated matter when he sped off from a Massey home in a burgundy Subaru station wagon. He drove erratically at speeds of up to 90km/h through the west Auckland neighbourhood as they pursued him with lights flashing, they said.

While fleeing the man crossed over into oncoming traffic as he turned on to Don Buck Rd, hitting Jameson, who was wearing cycling gear and a helmet. He then sped off without slowing down, police said.

A short time later, witnesses said, he parked the damaged car down a long driveway and attempted to hide it under blankets before walking away. He was arrested a short time later.

The defendant has a learning disability that required the Auckland District Court proceedings to frequently be paused so that a communications assistant could explain to him what was going on. Nevertheless, he opted to fire his lawyer days before the trial began and instead represent himself in court, with assistance from lawyer Todd Simmons, who served as stand-by counsel.

Judge Skellern found him guilty in August of failure to stop for police, failure to stop or ascertain injury after Jameson was hit, recklessly causing Jameson's death and for receiving stolen property worth less than $500.

While announcing her sentencing decision, Judge Skellern pointed to a pre-sentencing report in which the risk of him harming others was assessed as high. She also noted his indication to the report writer that he had been drinking for four days prior to the incident and had used drugs that same day, "stating you were so wasted you didn't even know it was the police who were chasing you".

She said he also showed a lack of remorse by insisting on a trial, re-traumatising Jameson's loved ones despite evidence she described as "essentially irrefutable" and "mostly unchallenged".

Jamie Jameson's family appeared to agree with the sentiment, calling the defendant out during their victim impact statements for his attitude during the trial.

"I felt like my heart had been crushed and squeezed and ripped from my chest," Penny Jameson said through tears of losing her son, who she described to the defendant as "a million times your better".

The defendant wasn't man enough to apologise during the trial or after he was found guilty, instead putting on a "pathetic tough guy facade", she surmised.

"Shame on you," she added before walking away.

The defendant had during his pre-sentencing interview said he felt bad for the family, but it wasn't especially convincing, the judge said. After the victim impact statements, his stand-by counsel asked if he could stand up and apologise to the family in person. The inmate came to court that morning with a letter to read aloud to the family but it had been confiscated by security, the lawyer said.

"Sorry," the convict said as he was led out of the courtroom to begin serving his sentence - his only statement throughout the hearing.