A radio host has been targeted by scammers after they disturbingly used images of his newborn baby in an attempt to con loyal listeners.

For more than a year scammers had set up and used a fake Facebook page pretending to be NZME's Hokonui Breakfast host Luke Howden.

For months the fake scam page had been keeping a low profile, while copying Howden's posts, including interactions with listeners and photos in a bid to look legitimate.

Then last week the page struck after messaging loyal listeners pretending to be the real radio host, telling them they had won a weekly prize that featured on Howden's show every Friday.

The scammers also went back through some of Howden's posts that were more than a year old telling people who had entered a competition that they had won a prize.

They then asked listeners for their bank account details.

Speaking to the Herald, Howden, who is a new father, said he originally found it comical that someone would want to impersonate him - until he received a flood of calls from concerned listeners.

"I was cleaning gutters at home when my phone started going off. It kept going off for five minutes straight. I had half a dozen messages and a few missed calls and thought it was a family emergency," he said.

"People were sending me screenshots of a fake page pretending to be me contacting them telling them they had won a prize. At first, I thought it was quite comical but it was frustrating as well.

"These scammers are on to it because one of the posts they targeted people with was the Subway Shout which is a feature we do every Friday on the show with the local Subway store where we shout a workplace lunch." 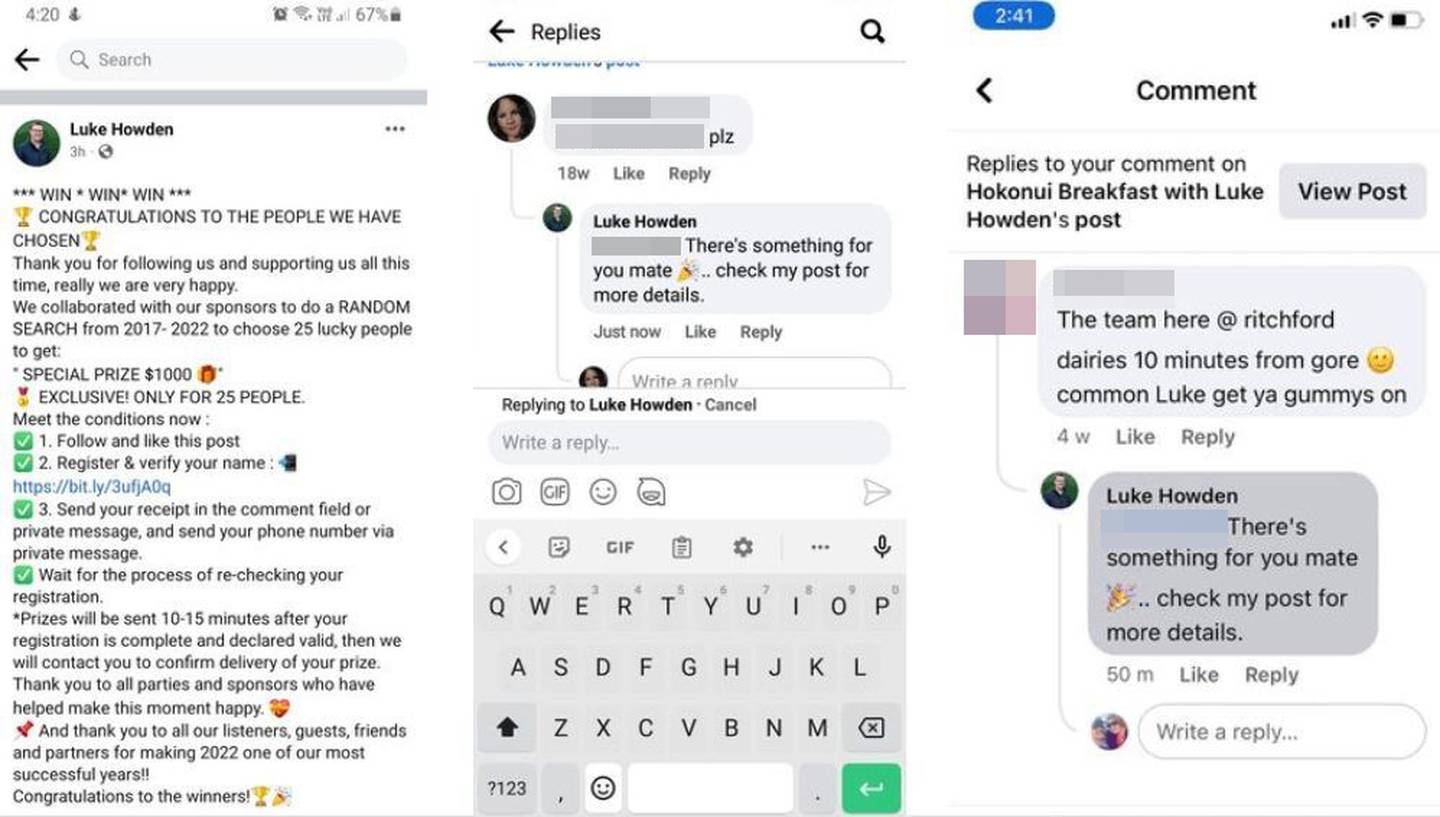 Messages and correspondence from the fake profile to listeners. Photo / NZME

Howden reassured listeners the prizes and interactions were fake, saying he found it flattering to be targeted.

That's until he realised those behind the scam had stolen and used intimate and personal images of his newborn baby girl.

The photos were of Howden, his wife, and their baby girl while in hospital.

He told the Herald the use of the images felt violating and showed there were real people behind the scam who preyed on people's emotions.

"I guess you don't realise those behind these scams are real people and clued on. I put up a couple of photos of our new bub to share with listeners but you do that in a way where you are in control of the narrative.

"To take that and twist it to manipulate people feels violating. A lot of listeners said that was the one thing [the baby photos] that convinced them the scam must have been real.

"That's the scary part of it all, that people who you build trust with might fall victim to it all and it has your identity over it, it's none of your own doing." 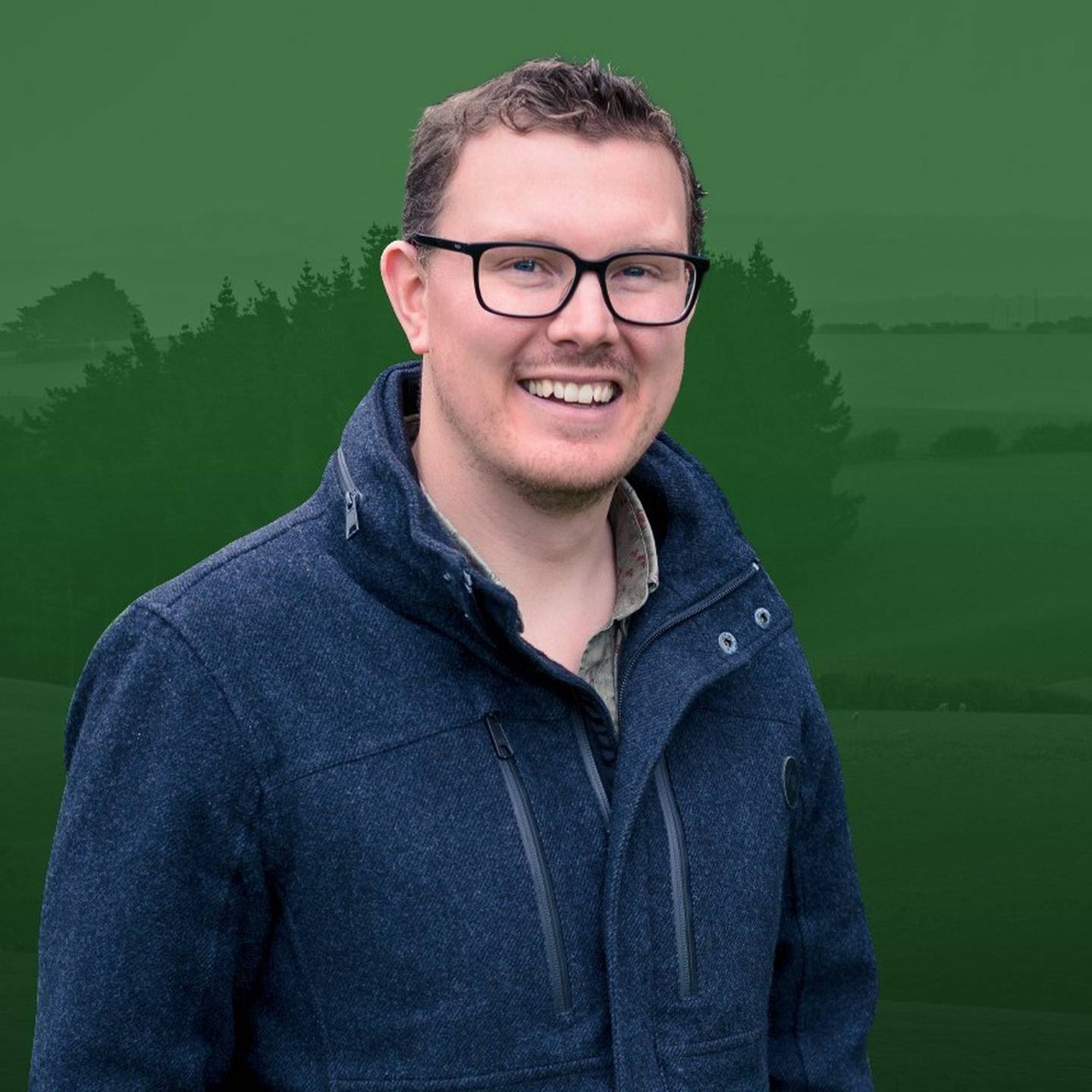 After intervention from NZME and Facebook, the scammer's fake profile page was removed within 24 hours.

Howden says his experience served as a warning to be vigilant about what personal information, especially images you put up on social media, even if you believe your account is private.

"Thank goodness we didn't put some more intimate photos up. You can be tempted as a parent to go 'oh there's my baby having their first bath, that's a cute thing to share with friends and family on Facebook' but you do that under your own control.

"If someone were to grab that and twist it out of your control then that's quite violating. Pictures of a naked baby floating around the internet without you behind it, it's dangerous."

Howden's experience comes after a range of Kiwi news and media personalities have been targeted by scammers.

How to tell you're being scammed