Police were called to the Bottle-O Takanini on Walters Rd, Takanini, shortly after 2am.

Police confirmed just before 8am that those involved ram-raided the Bottle-O and another property – understood to be a Vodafone store nearby – before fleeing in a second vehicle.

"This vehicle was located a short time later at a Clendon Park address," police said.

"Three males were located nearby and two were taken into custody as they had existing warrants to arrest." 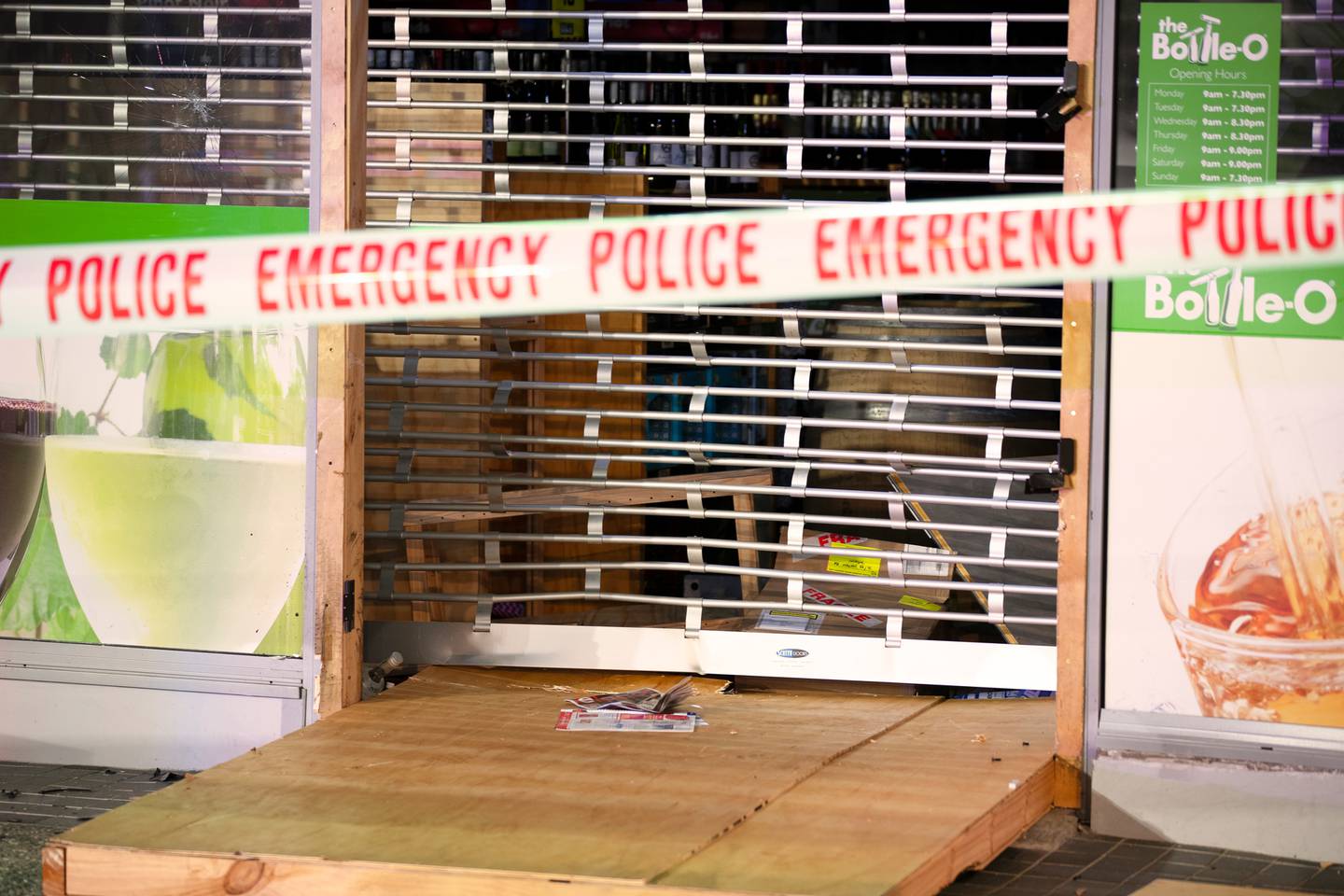 The aftermath of a ram raid at the Bottle-O Takanini in South Auckland overnight. Photo / Hayden Woodward

Police said inquiries are ongoing to determine if the trio are linked to the burglary. However, no charges have been laid at this stage.

The owner of the bottle shop, who arrived shortly after the raid, told the Herald the store was targeted by ram-raid thieves just a few weeks ago.

Manjinder Singh said he was frustrated about the ongoing ram raids in the community – particularly as many of those involved were young people.

"The police – their hands are tied."

Singh has been at the store throughout the day cleaning up the mess left behind and working hard to open up shop this afternoon.

He has owned the store for about five years and said this was the third time they had been hit by ram-raid thieves – the first time about four years ago, the second about three weeks ago.

Singh praised the work of police to catch those allegedly involved in the spate of ram raids; but acknowledged it was a difficult and frustrating situation.

"Many of them are young guys and they're just out here doing it for fun. But it's not fun – it's dangerous now.

The ram raid a few weeks back scared him about the safety of his shop.

The damage caused cost him $20,000. The latest raid would cost him the same amount, he said.

But this time, he doubted his insurance would cover it.

"Every night when I go to sleep, I know if the phone rings it will be a ram raid. Every night, I think: 'Oh s**it, it's going to happen'."

Singh said many retailers such as himself had children and families to provide for – which the ram raiders were probably not thinking about.

He said the crimes made him not want his children to go into business and encouraged them to carry on with their studies towards other jobs.