A man who was found not guilty by reason of insanity after stabbing a couple to death in Epsom will remain at a lockdown psychiatric facility indefinitely, a judge has determined.

The man appeared in the High Court at Auckland last week for a disposition hearing before Justice Neil Campbell. In a written judgment issued today, Campbell also declined the man's request for permanent name suppression.

However, suppression remains in place on an interim basis while the decision is appealed.

Police found Herman and Elizabeth Bangera critically hurt at their Epsom home on March 19 last year. Both died a short time later at the scene - an incident that Detective Inspector Scott Beard described at the time as an "absolute tragedy". 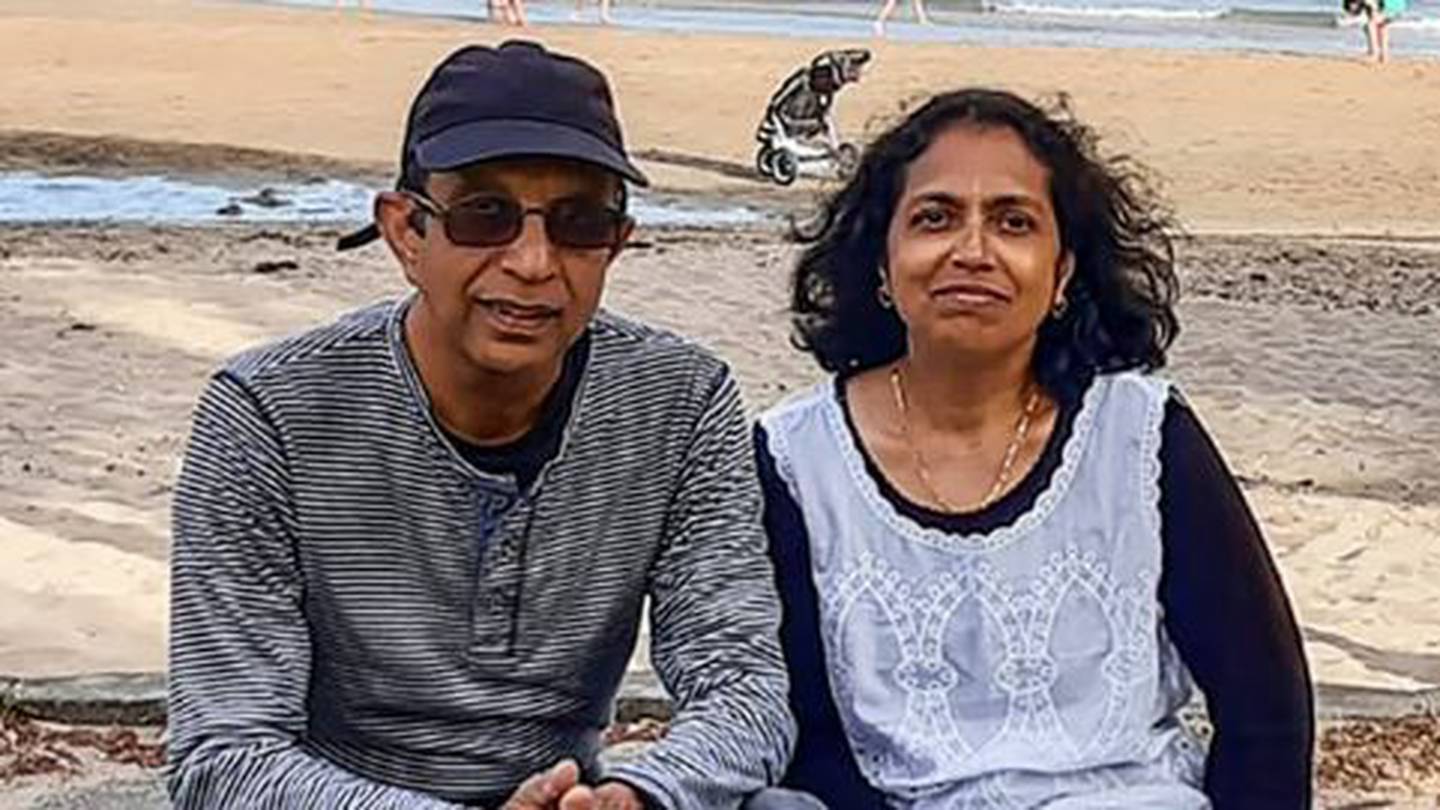 The defendant was also found inside the home along with a third victim - both also wounded. They were both taken to Auckland City Hospital, with the defendant going into police custody as soon as he was discharged and to the Mason Clinic psychiatric facility soon after that.

Defence lawyer Shane Cassidy said his client suffered schizophrenia and was in the grips of a psychotic episode when the killings occurred.

"He developed a sense of distrust or paranoia about those who were around him," Cassidy said of the weeks leading up to the attack. "He was misinterpreting people's actions and believing they had hidden agendas."

Herman Bangera, 60, had been a volunteer at Child Evangelism Fellowship. Organisation director Pamela Brooking described him last year as a "lovely man and wonderful dad". His family, she said, was the "epitome of what family is".

Elizabeth Bangera, 55, worked at the University of Auckland. A university spokesperson described her as a "highly respected colleague and friend". 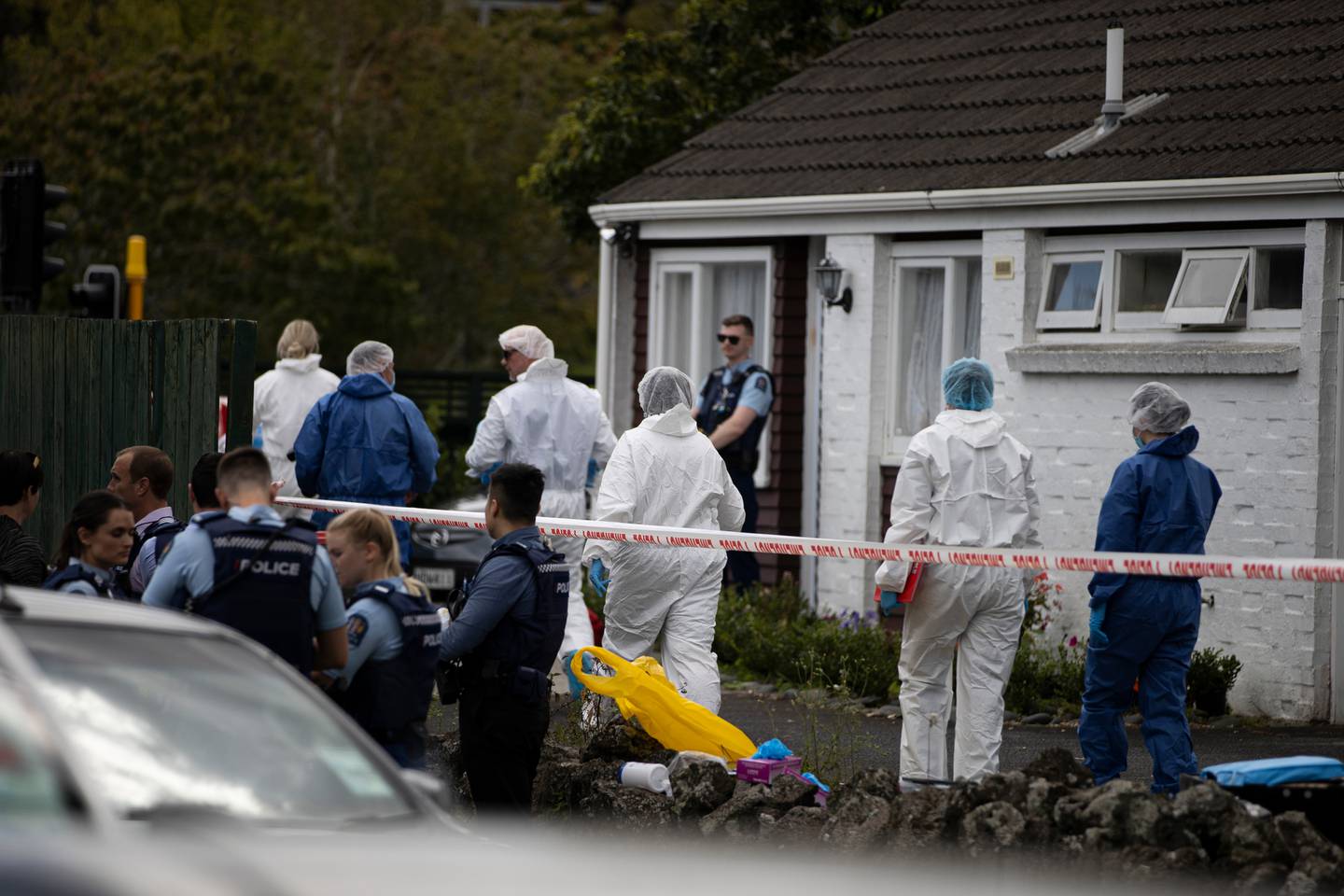 On March 22, 2021, police descended on an Epsom home where Herman and Elizabeth Bangera were fatally stabbed. Photo / George Heard

The couple moved into their Epsom flat around 2007, after immigrating to New Zealand from India, because of the school zone there, a neighbour and friend of the couple previously told the Herald.

Both prosecutors and the defence agreed in March, after reviewing two psychological reports, that the defendant should be found not guilty by reason of insanity. He had initially been set to go to trial in April for the double murder and attempted murder charges.

Insanity findings are allowed when it is determined a person's thinking was so disordered that he or she didn't understand that what they were doing was morally wrong.

Such findings are followed by disposition hearings, in which judges decide whether the person poses a continuing risk of serious harm. Because that was found today to be the case, the man was deemed a special patient under the Mental Health (Compulsory Assessment and Treatment).

He will remain detained as a special patient until the Minister of Health or the national director of Mental Health deems he is no longer a risk - a period that potentially could be longer than a prison sentence had he been found guilty.

Justice Campbell said at the outset of the hearing last week that the disposition issue was "quite clear" to him and no discussion was needed other than what was already filed. Based on psychological reports, it appears a "reasonable amount of time" will pass before he is released, the judge surmised.

However, more discussion was needed for the name suppression issue.

Crown prosecutor Robin McCoubrey noted that the surviving victim of the attack didn't have a strong opinion either way, but he said that if name suppression helped the man recover that would be best.

The defence said revealing the man's name could set back his rehabilitation, especially once he is eventually released back into the community.

"It could be a trigger for ongoing issues to do with his mental health that he is going to be dealing with for the rest of his life," Cassidy argued. "That is not going to help."

Revealing his client's name would also equate to "public shaming" for something he was not convicted of, Cassidy argued.

"[He] did not choose to become mentally unwell," he said. "He did not want to develop symptoms of schizophrenia.

"My client has come to terms...with the fact that as a result of what happened both [of the victims] are dead. This is something counsel suspects he will be dealing with or the rest of his natural life."

The judge, however, noted that with permanent name suppression there would be no legal mechanism once he is eventually released for employers or those in relationships with him to know what happened.

His integration back into the community would be slow and carefully watched, Cassidy responded, adding that suppression would give his client the "dignity" of deciding how he reveals his past to people.