The man found murdered at an Auckland brothel was a manager at the business, shocked staff have been told.

The victim is said to be a man who had worked at the Epsom gentlemen's club, Club 574, for more than 10 years and had lived in a shed at the site at the Manukau Rd property.

A sex worker at the club, who asked not to be named, told the Herald management staff confirmed to employees yesterday that the victim was one of their own.

"We were shocked. We were crying about it. We were really upset about it yesterday," she said.

"Just really shocked about it because we weren't expecting it to be him. We tried calling his phone but it went straight to voicemail."

"We work together. Last time I saw him was last week [on Tuesday] and he cooked me and my friend food - at the parlour."

Police are still at the scene today after a member of the public raised the alarm just after midnight yesterday after discovering the man's body. 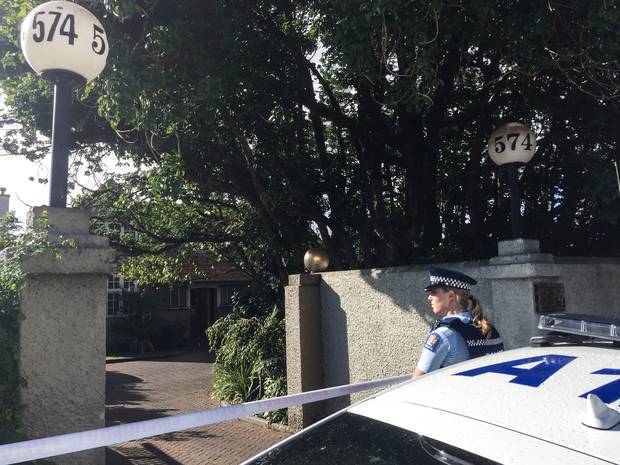 Police outside a brothel on 574 Manukau Road, Epsom, where a man was found dead in the early hours of yesterday. Photo / Ben Leahy

The worker said the man was among four people whose duty it is to look after the girls on any given day or night.

The man who was scheduled to work on Monday night and early yesterday - from 7pm to about 3am - did not turn up for his shift, she said.

The victim usually worked on a Monday day shift, Tuesday day shift as well as a Tuesday night shift.

He did not have family in New Zealand. They lived in Asia, she said.

"Sometimes he'd drive the girls to work, he sorts out the ads for the girls, then he'll manage the actual shifts - he'll talk to the actual clients and ask them if they want to book girls.

"He'd go around to other parlours around that the owner owns and help around there as well."

An autopsy is due to be carried out some time today, police said yesterday.

The worker said staff had not been told of the circumstances surrounding the man's death.

Workers had also been told that the parlour would likely be closed for at least a week as police carry out their investigation.

Police are still urging anyone who may have information that will help with the investigation to contact authorities immediately.