A resentful and bitter man who murdered his ex-wife as she cradled their toddler during the brutal but calculated attack has been jailed for life.

Wang, 34, was holding the estranged couple's 2-year-old son in her arms when Beazley stabbed her to death on December 10.

He appeared in the High Court at Auckland today and was jailed for life by Justice Simon Moore.

Beazley, whom Justice Moore said showed "little to no remorse", must serve 17 years of that sentence before he is eligible for parole.

He had been estranged from Wang after the pair met in November 2014 and married six months later.

The couple moved to Rotorua, where Beazley worked as a farm hand, but the relationship only lasted until September 2015.

Soon after Wang discovered she was pregnant and gave birth to a son.

But Beazley began to harbour an increasing resentment towards Wang, partly because he had to pay child support.

He contemplated taking his own life but decided against it.

The Herald obtained court documents which revealed what happened next.

Beazley left his home on a Rotorua farm and drove to Manukau on December 10 last year, prompted of Wang's location after he logged on to her iPad.

He took with him a weapon - a recently sharpened Norwegian hunting knife.

Xi Wang, 34, died after her ex-husband stabbed her repeatedly. She was holding her 2-year-old son when she was attacked. Photo / Supplied

Beazley arrived at his ex-wife's home just before 10pm and parked outside.

He walked up to the house, shrouded in darkness, and knocked on the door several times.

Wang opened the door, holding her young son in her arms.

Beazley was wearing a cap which was pulled down over his face and had his head bowed, which he believed would make it difficult for Wang to identify him.

"[Beazley] attacked the victim without speaking, striking at her throat with his hunting knife," the police summary reads.

"She managed to block the strike so he stabbed her in the side instead.

"This was awkward for him because of the dressing gown the victim was wearing - so he attacked her legs."

Beazley then stabbed Wang several times in both legs.

He also stabbed her genitals, causing her to slump forward, and allowing Beazley to grab her by the back of the head.

"He stabbed her several times in the neck, causing her to fall to the ground," the summary reads.

Beazley realised he had done enough to kill and left his son in his dying mum's arms.

Justice Moore said it was "simply a stroke of good luck" that Wang's son was not injured in the attack, which lasted between 30 seconds to a minute.

Beazley would flee, driving away in his car.

But he then abandoned his vehicle in a nearby street and made his way to Botany Town Centre.

There, he called police and told them what he had done and where he was.

He also called a friend and told them what he had done before police located and arrested Beazley soon after.

The hunting knife he used to slaughter Wang was in his jacket pocket.

Wang, meanwhile, was rushed to hospital in a critical condition and underwent emergency surgery.

But her wounds were too severe and she died at 11.55pm.

A post-mortem found Wang had been stabbed 18 times.

Beazley would later offer an explanation to police for his violent attack.

"[He] stated that he had enough of life in general and particularly the state of his relationship with the victim," the summary said.

"He stated that he had decided that the best option was to kill her, so planned how he was going to do that.

"He decided what clothes he was going to wear and selected his knife before travelling to Auckland." 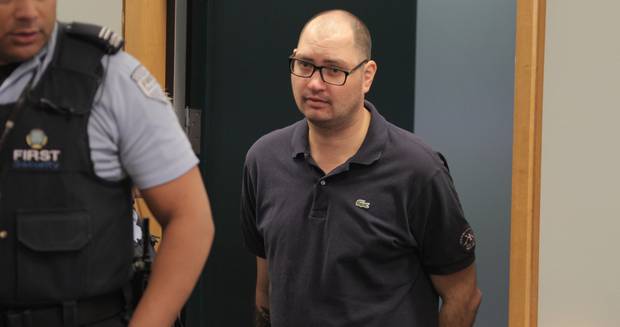 After Beazley first appeared in the High Court in January one of Wang's friends spoke out,
paying tribute to the slain mum.

She said Wang was born and raised in China and was travelling and studying around the world when she journeyed to New Zealand.

Here, she met Beazley and decided to make her home here.

She never could have imagined that the man she loved would end up taking her life.

"Her life was her child, she did absolutely everything - made every decision - for him," said Wang's friend.

"She lived and breathed for her little boy.

"He absolutely adored her and he still asks for her."

If you're in danger now:
• Phone the police on 111 or ask neighbours of friends to ring for you.
• Run outside and head for where there are other people.
• Scream for help so that your neighbours can hear you.
• Take the children with you.
• Don't stop to get anything else.
• If you are being abused, remember it's not your fault. Violence is never okay