Jurors have begun deliberating in the murder trial of Fang Sun, who is accused of having broken into the home of estranged business partner Elizabeth Zhong before stabbing her to death and shoving her body into a suitcase.

Lawyers delivered their opening addresses on Monday and Tuesday this week, following five weeks of testimony in the High Court at Auckland.

Prosecutors said Sun, 48, stabbed the 55-year-old grandmother over 20 times out of fury amid a heated, lengthy civil battle over control of their company, Sunbow Ltd, and its subsidiaries. He accused Zhong of misappropriating money and blamed her for losing him and his family over $26 million, Crown prosecutor Gareth Kayes said during his closing argument.

"The Crown does not have to prove a motive to you, but I suggest the bitter dispute over money is what prompted this violent retribution," Kayes said. 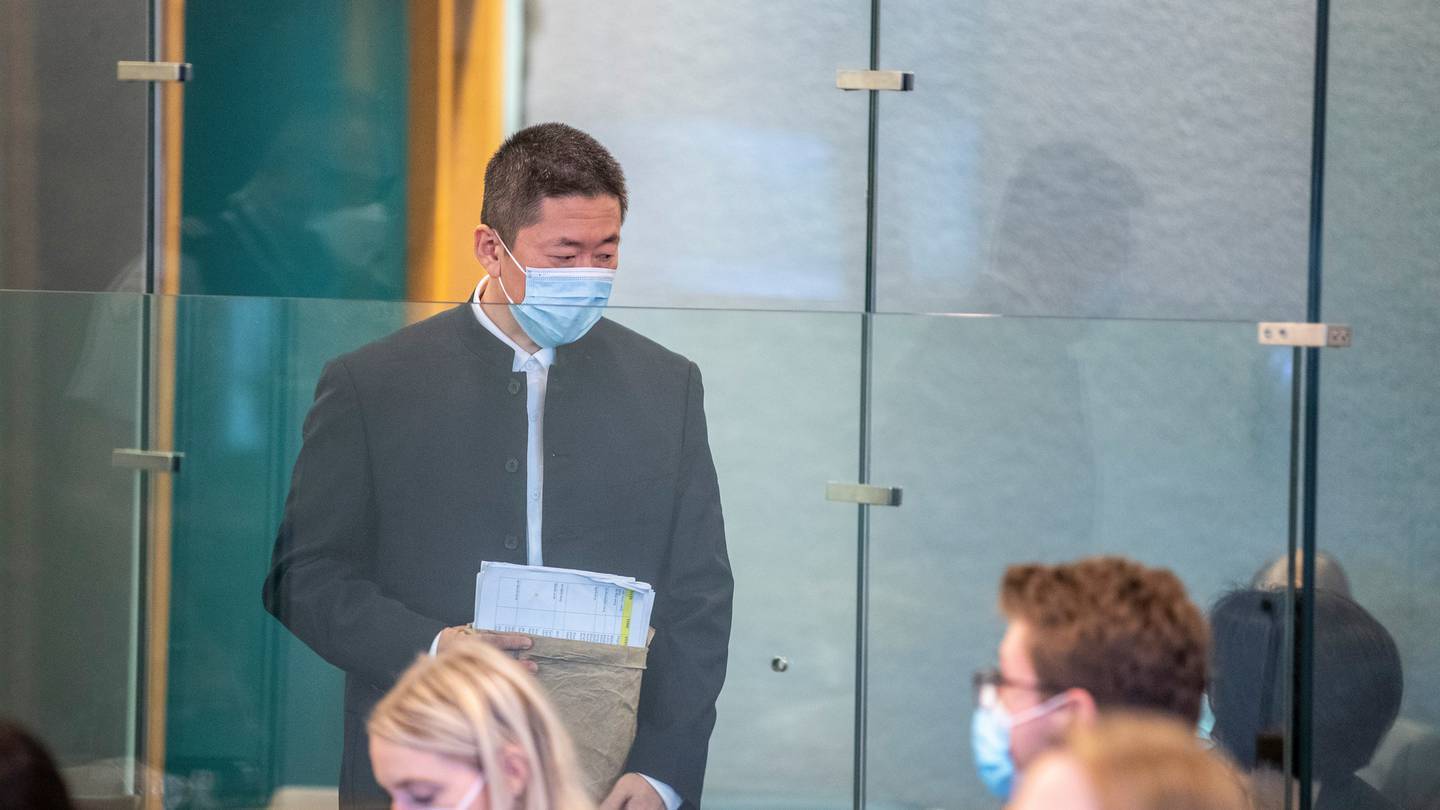 Fang Sun has been on trial for murder in the High Court at Auckland since April. Photo / Michael Craig

Zhong's body was discovered in the boot of her Land Rover on the evening of November 28, 2020 - parked on the side of the road in the Sunnyhills neighbourhood where both she and Sun lived.

Zhong had told multiple people in the year leading up to her violent death that Sun had threatened to harm her, including affidavits to police and in civil court.

Defence lawyer Sam Wimsett said Zhong's threat allegations against his client were false - intended to give her an upper edge in the civil battle. But Sun knew of the allegations, which would make him an unlikely killer because he knew he'd be a suspect if anything happened to her, Wimsett argued.

"He's not a complete idiot," Wimsett said. "He's fully aware that the whole world would be looking to him if any harm happened to Ms Zhong."

In his summing up to the 11-member jury panel today, Justice Neil Campbell told jurors that the threats, if jurors believe they occurred, do not amount to direct evidence of murder.

"They are not to be interpreted by you as some sort of message from Ms Zhong," he said.

The judge described the case as "circumstantial", which he compared to a rope in which individual strands might not be enough to bear a weight but combined they can bear more weight. Jurors in such cases may find a defendant guilty rather than a victim of an implausible and unlikely series of coincidences.

Campbell released the panel to begin deliberating just before 11.30am. One juror was released earlier in the trial, which has now stretched over three separate months, due to being a family contact of someone with Covid-19.