On the day that unarmed police officer Matthew Hunt was shot four times at close range with an AK-47-style rifle and left to die in the street, Eli Epiha — who would later admit to being his killer — had a swagger about his gait.

That was the assessment prosecutors shared with jurors on Thursday as they argued their case against Epiha.

Epiha, 25, pleaded guilty earlier this month to Hunt's murder, although he claims it was the result of recklessness rather than murderous intent. He also pleaded guilty to driving dangerously that day as he fled from police, resulting in the injury of a bystander who was loading his car for a weekend getaway.

But the defendant pleaded not guilty to attempted murder of Hunt's partner, Constable David Goldfinch, who was also shot four times but survived.

Jurors are expected to start deliberating on Friday.

Defence lawyer Marcus Edgar pointed out during his closing argument that his client apologised for Hunt's death "in open court" as he took the witness stand, swearing on his own copy of the Quran to tell the truth. Edgar urged jurors to separate Hunt's death from the injury of his partner.

The case, Edgar said, boils down to 10 shots in 16 seconds. During that time, his client had four clear "kill shot" opportunities with Goldfinch. The officer, he pointed out, did not suffer any wounds above the waist.

"It just doesn't add up," Edgar said. "Is there intent to maim? Yes, probably. To kill, to murder? No.

"You can't put in his mind murder when it simply wasn't there." 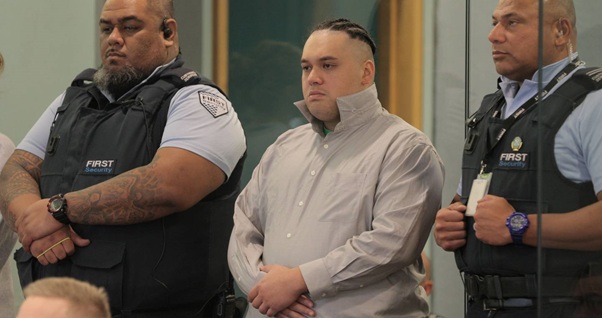 Epiha had finished testifying earlier in the day, telling jurors he had received the gun the same morning of the shooting — intending to use it to scare away gang members from his brother's home. He insisted repeatedly that he only wanted to scare Goldfinch so that he could run away.

"As horrible as it may sound, it actually worked," his lawyer later said. "He had that officer on the run. [Goldfinch] may have believed that he was running for his life, but … it's about what Mr Epiha was thinking when he pulled the trigger. He wasn't hunting the officer.

"He wanted to make it loud and clear: Let me go. Let me get away." 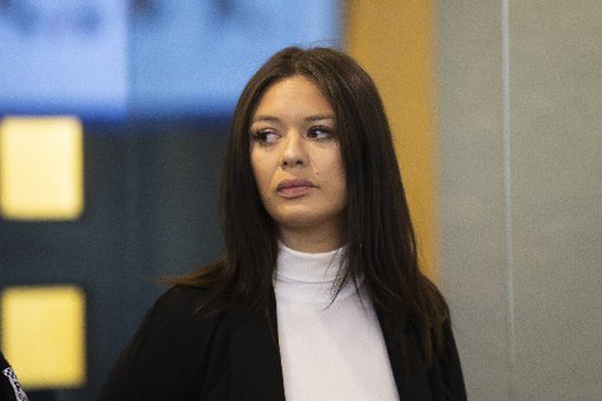 Not Bonnie and Clyde

Lawyers for co-defendant Natalie Jane Bracken, who drove Epiha from the scene after the shootings, had a courtroom victory even before addressing the jury directly. Earlier in the day, they convinced Justice Geoffrey Venning to reduce her charge from being an accessory to murder after the fact. Her charge was amended to accessory after the fact to wounding with intent to cause grievous bodily harm.

The reason for the change, the jury was told, is because Hunt was officially declared dead after Bracken, 31, drove away from the scene.

Coming into the trial, people might have been under the misimpression that Epiha and Bracken were partners in crime like Bonnie and Clyde, lawyer Adam Couchman told jurors, pointing out that it was revealed through testimony that the two co-defendants didn't know each other.

There was "nothing in it for her" to help Epiha escape, her lawyer said, suggesting that she instead drove him from the scene to save lives. Epiha had 15 more bullets capable of cutting through flesh "like a hot butter knife", he had just shot two constables and other "extremely vulnerable" police were on the way, Couchman pointed out. It's inconceivable Epiha would have calmly put his gun down and offered himself up for arrest when other police arrived, he suggested.

"She knew what would happen if she didn't get him out of there. There would be a bloodbath," he said. "He went on a killing spree and that would have continued.

"There would be carnage. Why wouldn't there be?"

His client, he said, thought she was doing the right thing from the moment she ran outside to help an injured bystander, to the time she defused the situation by driving Epiha away, her lawyer said.

Not an immediate threat

Prosecutors, however, argued that the evidence Bracken "was acting on any threat whatsoever is quite thin".

Goldfinch testified earlier in the trial that Epiha and Bracken seemed to have a calm chat, as if friends, immediately after he was shot at.

On the same cellphone video taken by a witness in which Epiha can be seen to "swagger", jurors can see Bracken struggle with a locked door to the vehicle they eventually drove away in, Dickey told jurors. As she walks away to get the keys, Epiha's gun is tucked away in a bag and doesn't present an immediate threat to her, he said, suggesting that she could have called police then.

"That has to be an immediate threat of life or serious harm" for her defence to work, and it's not, he said.

After dropping Epiha off at a friend's house, Bracken is caught on camera driving through a petrol station. There was a patrol car parked there that she could have flagged down, Dickey also pointed out. She could have also approached officers at the crime scene cordon, he said.

Instead, he said, she went home, dyed her hair and didn't talk to police until the next day, after they arrived at her home with an arrest warrant.

"She could have [helped police], but she chose not to," he said. "She said nothing. Nothing. She was just helping [Epiha]."