Jurors have begun deliberating in the trial of Eli Bob Sauni Epiha, who has admitted to the murder of one constable but contends he didn't attempt to murder another police officer who survived the rampage.

Epiha, 25, has been joined in the dock at the High Court in Auckland by Natalie Jane Bracken, 31, for just over two weeks as witnesses recounted the June 19, 2020 shooting on a West Auckland residential street.

Constable Matthew Hunt died that day, becoming the 33rd New Zealand officer to die in the line of duty. Epiha pleaded guilty to the 28-year-old officer's murder earlier this month, several days before the trial began. The defendant also pleaded guilty to dangerous driving resulting in the injury of a bystander who was loading his car ahead of a family weekend in Rotorua.

But he pleaded not guilty to the attempted murder of Constable David Goldfinch, who was also hit by four bullets from Epiha's military-style semi-automatic rifle but survived.

It's not in dispute that Epiha is the person who shot the officers, but jurors will have to decide if he deliberately tried to kill Goldfinch, Justice Geoffrey Venning told jurors as he summed up the case this morning.

For Bracken, who is accused of being an accessory after the fact to wounding with intent to cause grievous bodily harm, jurors must decide if she knew Hunt had been wounded by Epiha, whether she intended to help Epiha escape and "whether there was a reasonable possibility she was acting under compulsion".

Bracken's counsel pointed out during the course of the trial that the two didn't know each other prior to the shooting, shattering the initial narrative that the two were in cahoots like Bonnie and Clyde. Bracken feared for her life and thought she was potentially saving the lives of other police or bystanders by complying with Epiha's demand for a ride, lawyer Adam Couchman argued during closing arguments last week. 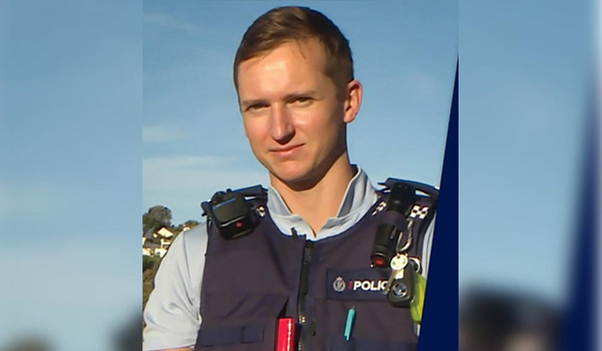 Epiha's lawyer, Marcus Edgar, argued his client was reckless with the firearm that day but he didn't intend to kill either officer — instead firing in Goldfinch's "general direction" in an effort to scare him away.

Crown prosecutors, meanwhile, contend Epiha was trying to kill both officers that day and Bracken went out of her way to help them, not revealing her part in the incident until after her arrest a day later.

If jurors agree that Epiha intended to kill Hunt, "then that is evidence you can take into account" while considering the non-fatal shooting of Goldfinch, Justice Venning instructed jurors, instructing them to "draw inferences from all of the surrounding circumstances" in determining the "mental elements" of the case.

But he also instructed jurors to be wary of prejudice and sympathy for police officers who have been shot in the line of duty.

"Feelings of prejudice and sympathy are of course normal human reactions", but they must be put aside, Justice Venning said. "As jurors, you must be entirely objective."

If jurors decide Epiha shouldn't be found guilty of attempted murder, they can then consider a lesser charge of wounding with reckless disregard. The judge also referred to Bracken's interview with police, in which she said, among other things, that she drove Epiha away after realising someone had left keys in a nearby vehicle. Prosecutors argued she was lying about the keys, pointing to testimony from other witnesses and cellphone footage of the two leaving the scene.

If jurors agree with prosecutors she was lying about the keys, they can take that into consideration, Justice Venning said. But it's also important to note that it doesn't necessarily mean she's guilty, he also said, pointing out that embarrassment, mistrust of police and panic are all possibilities of why people sometimes lie to authorities.

"Consider carefully before placing weight on it," the judge said.

Jurors were initially set to begin deliberating on Friday but the case was postponed over the weekend after one member of the jury called in sick.