Jurors considering the fate of cop killer Eli Epiha are unable to reach a unanimous agreement on if he is also guilty of attempting to murder a second police officer.

The group sent out a note announcing the stalemate as they deliberate for a second day. Justice Geoffrey Venning then instructed them that he would allow a "majority verdict" if 11 of the 12 jurors are in agreement.

The jury began their second day of deliberations today by re-watching two videos that were submitted as evidence earlier in the trial. They then issued a list of four questions about an hour later before announcing their inability to reach a decision around 12.30pm.

Epiha, 25, and co-defendant Natalie Jane Bracken, 31, have been on trial for just over two weeks.

Bracken is accused of being an accessory after the fact to wounding with intent to cause grievous bodily harm — the result of her driving Epiha from the West Auckland neighbourhood where he shot the two officers and injured a bystander on June 19, 2020.

Epiha, meanwhile, has already pleaded guilty to the murder of Constable Matthew Hunt, who was 28, and to dangerous driving causing the injury to the bystander, who was loading the boot of his car when he was injured. 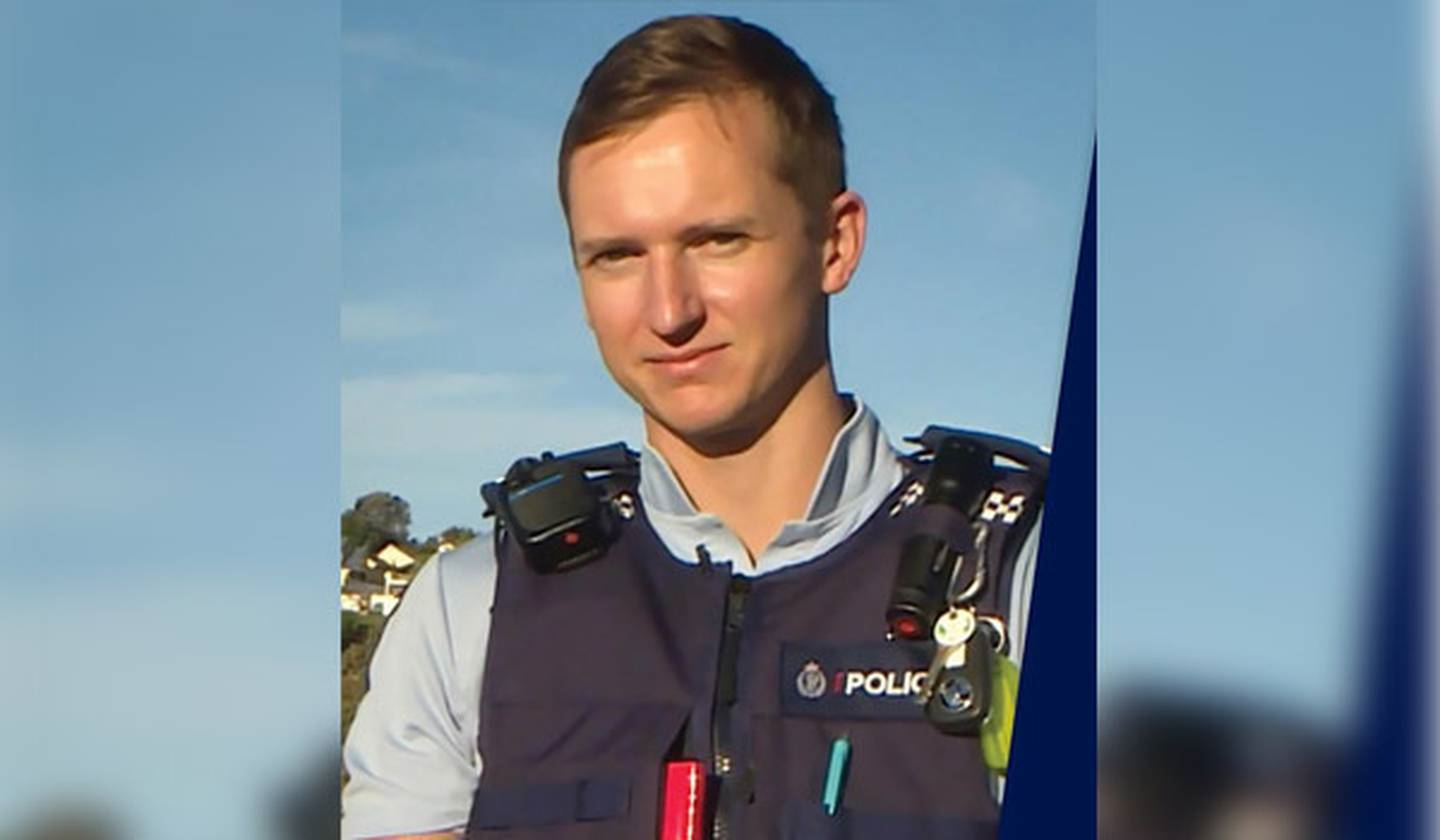 But Epiha testified that he didn't mean to kill anyone that day. He's guilty of Hunt's murder only because he was reckless, he claims.

In addition to deciding Bracken's fate, jurors are charged with deciding if Epiha is guilty of attempted murder involving the injuries of Constable David Goldfinch, who was hit with four bullets. They also have the option of instead finding Epiha guilty of a lesser charge — wounding with reckless disregard. Justice Geoffrey Venning sent the jurors out to begin deliberating at 11am on Monday. Since then, the group has twice asked to review CCTV and cellphone footage. The first request was for CCTV footage from a backyard that provided audio of the 14 shots Epiha fired, as well as someone appearing to yell "Woo!" moments before the shootings.

The second request, made just before 5pm on Monday after six hours of deliberation, was for a witness' cellphone footage of Epiha and Bracken driving away from the scene and for CCTV footage of the pair arriving at a home a short time later.

Instead of playing those videos on Monday evening, the second request was fulfilled first thing this morning before jurors returned to their closed-door discussions. Within an hour of returning to the jury room today, the group issued a set of four more questions for the judge.

The first query was: "Can we take it that there was murderous intent in regards to Hunt?"

The judge responded that there are a number of different ways to be found guilty of murder in New Zealand, including murderous intent and through recklessness.

"You don't need to make a finding on that for this case," Venning continued, pointing out at Epiha has already pleaded guilty to Hunt's murder. "I will determine that and sentence Mr Epiha accordingly."

But jurors can consider the Crown's contention that Epiha had the same continuous intent throughout the entire incident, while shooting at both officers. If jurors believe Epiha intended to murder Hunt, they can take that into account in considering the shots fired at Goldfinch, he said.

The second question was: "Could we have more guidance on the legal definition of recklessness?"

Justice Venning said the Crown must prove beyond a reasonable doubt that Epiha intended to kill Constable Goldfinch for Epiha to be found guilty of attempted murder. Jurors should only be considering recklessness if they've determined the defendant didn't intend to kill the officer and they've moved on to considering the alternate charge, he said.

The jury also asked: "Can intent be in the moment or does it need to be pre-planned?"

Intent can be in the moment, the judge responded, pointing out that the Crown doesn't need to prove a motive.

To reach a decision on that, he said, "you can consider his actions immediately before, during and after" the shooting.

The last question was: "Can we have murderous intent and reckless intent in the same action?"

The jury's focus while considering the attempted murder charge, the judge responded, should be whether Epiha intended to kill Constable Goldfinch.