As unarmed Constable Matthew Hunt lay dying in the street, gunned down by Eli Epiha, he asked for help from the man who just shot him, Epiha told jurors today as he testified at his own trial.

"I was thinking about it for a few seconds," Epiha said of the plea from the officer. "I'm thinking about chucking him in the police car and driving him down to Waitakere Hospital.

"When I was looking down at him, that's when I start to hear sirens."

Knowing armed police were on the way, he instead decided to leave, he said.

Epiha, 25, pleaded guilty earlier this month to Hunt's murder, although he claims he had no intent to kill the officer when he shot him. He remains on trial at the High Court in Auckland for a charge of attempted murder of Hunt's partner, Constable David Goldfinch.

The defendant first took the witness stand yesterday afternoon, the first witness for the defence. Crown prosecutors, however, only had a few minutes to cross-examine him before court was adjourned for the day. Prosecutor Brian Dickey started the morning by continuing his tense cross-examination of Epiha, forcing the defendant to reluctantly talk about Hunt's murder again.

He first noticed Hunt that morning after Constable Goldfinch, who he shot at first, ran out of sight, he testified. He was backing up towards his crashed car, wanting to get his second gun before he ran away, he said.

"I turn around to head back to the car and that's when I got a big fright. I didn't know there was a second officer. He was just there, standing next to the boot of the car." 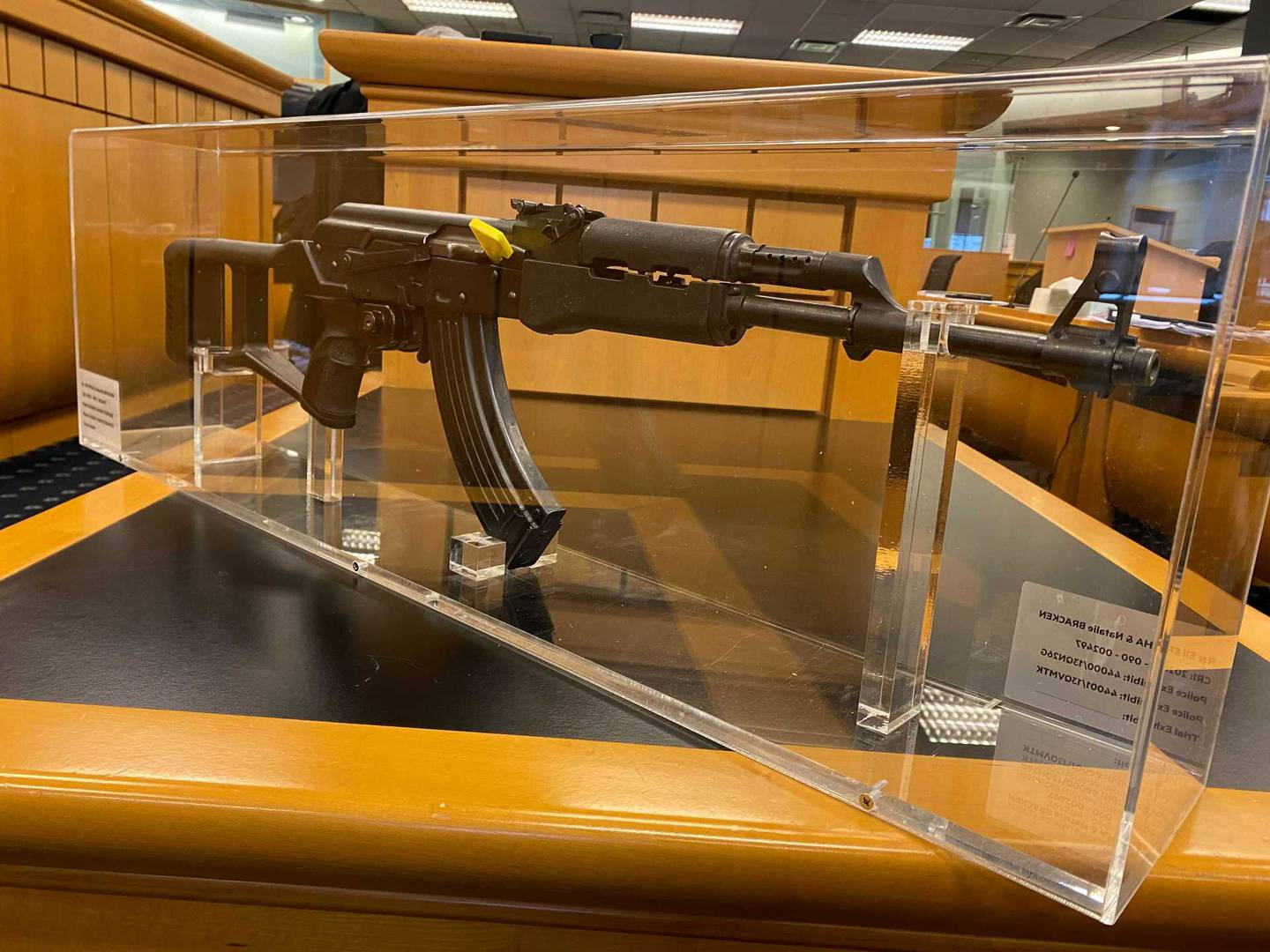 A military-style semi-automatic weapon has been introduced into evidence at the trial of Eli Epiha, who murdered Constable Matthew Hunt. (Photo / Craig Kapitan)

Why did he need to shoot the second officer, Dickey asked the defendant.

"That's just how it happened," Epiha responded. "I didn't think."

Dickey suggested the defendant was frustrated the first officer had gotten away, and Hunt presented another opportunity for him to achieve his real goal that day — to kill a police officer.