Eight teenagers have appeared in court after an early morning burglary of two jewellery stores in Auckland.

Police received a report shortly before 2am today of a burglary at Albany Mall.

Eight people allegedly stole a "large amount of jewellery" before fleeing the scene in two vehicles. The value of what was stolen is not yet known. The Herald understands a large rock or brick was thrown through the main entrance to the mall, and both Goldmark and Michael Hill jewellery stores were burgled.

Both stores have smashed windows, and a section of the mall remains cordoned off, as does the main entrance.

The police Eagle helicopter and ground staff were called out to hunt for the alleged offenders, who were found a short time later.

The vehicles were found in Ranui.

A police spokeswoman confirmed the defendants were aged between 15 and 19 years old and had appeared in the Waitakere District Court this morning.

They all face charges of aggravated burglary. 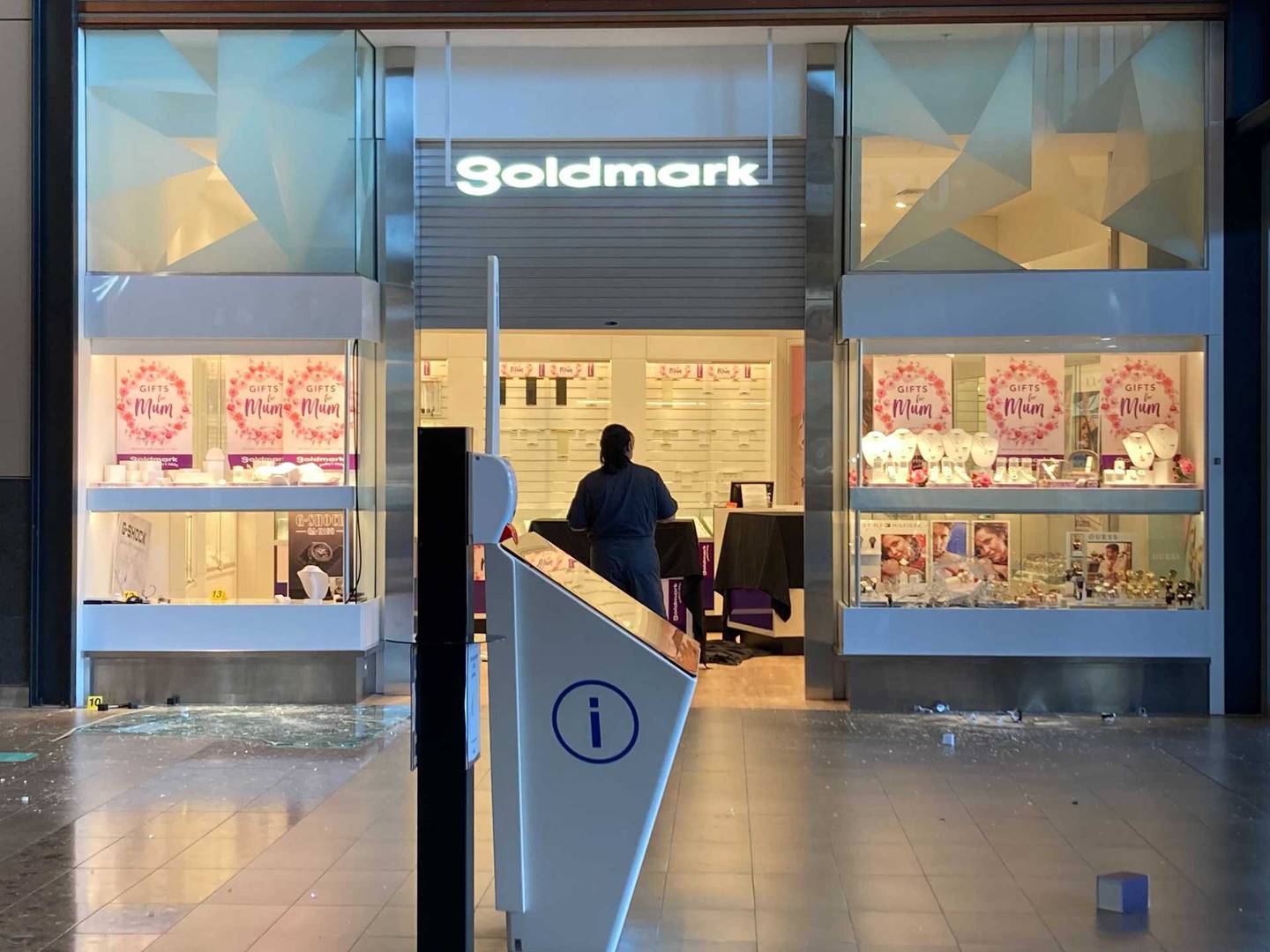