The Department of Corrections has been ordered to release a photograph of a double–murderer to the family of an elderly couple he killed execution-style in a home invasion three decades ago.

Gresham Kirsten Leith Marsh was 22 when he shot dead John and Josephine (Josie) Harrisson in the middle of the night at their rural home in Te Akau, near Ngāruawāhia, on June 1, 1994.

After pleading guilty, Marsh was given a life sentence and was released on parole in August last year. Marsh has legally changed his name to David Jones.

The murdered couple's daughter, Margaret Jamieson, and her husband Jock have not seen Marsh in person since he was sentenced 27 years ago. Concerned that he might track them down, they asked Corrections to supply a recent photograph of him.

Corrections said Jock could view but not retain a photograph, so he appealed to the Ombudsman, who has ruled in his favour, the Weekend Herald can reveal.
Jock says he and his wife are relieved the 15-month process has ended.

The last time Margaret saw Marsh, at the Hamilton District Court in 1994, she says: "He looked violent and aggressive, a psychopath.

"Marsh was unrepentant and told the police my parents 'had a long enough life'."

"It's ridiculous we've had to wait 15 months for a photo," Jock says. "We are the victims so we have the right to be able to recognise the offender. People change a lot in 27 years so if he turned up at our door, we'd be none the wiser.

"We were quite open we wanted him kept in prison for as long as possible so he may be resentful and see us as a possible target. Our personal safety is the crux of the matter." 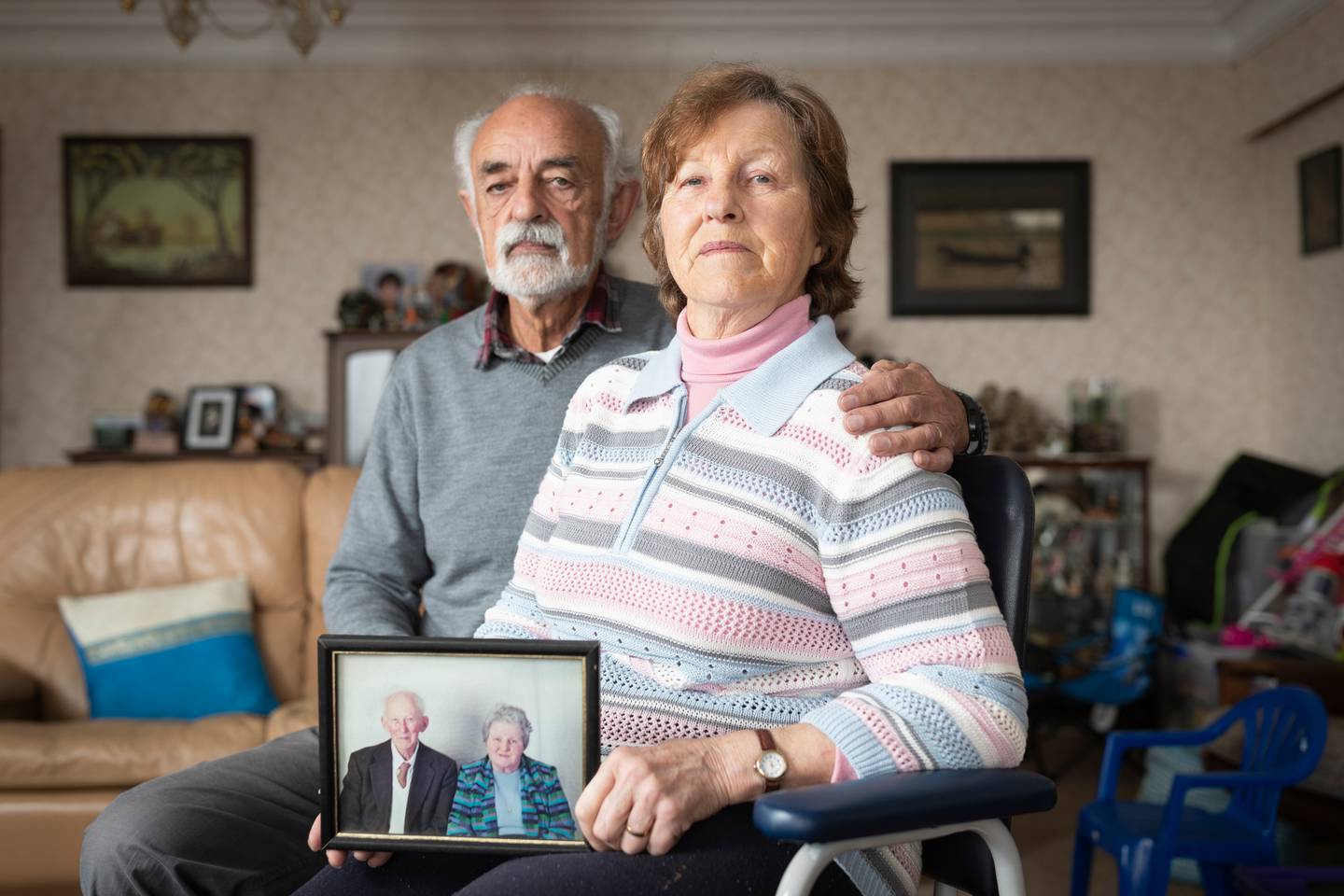 The murdered couple's daughter, Margaret Jamieson, and her husband Jock have not seen Greshem Marsh in person since he was sentenced 27 years ago. (Photo / Greg Bowker)

Ruling in favour of the Jamiesons, the Chief Ombudsman Peter Boshier said: "I consider this strikes the appropriate balance between Mr Marsh's privacy interests and the public interest factors favouring disclosure to you, as victims of his offending. Further, the Department has accepted my provisional opinion.

"I confirm my final opinion that the Department should not have offered you the opportunity to view the photo of Mr Marsh, but instead should have provided a copy to you subject to strict confidentiality conditions. I emphasise that you are not to show, share, or disseminate this photo in any way, and you are the only individuals permitted to view this photo. These conditions ensure Mr Marsh's privacy interests are protected while also ensuring your rights as victims are acknowledged."

In a statement, a spokesperson for the Ombudsman's office said there are circumstances in which the public interest in providing information to victims of crime and their families trumps an offender's right to privacy. 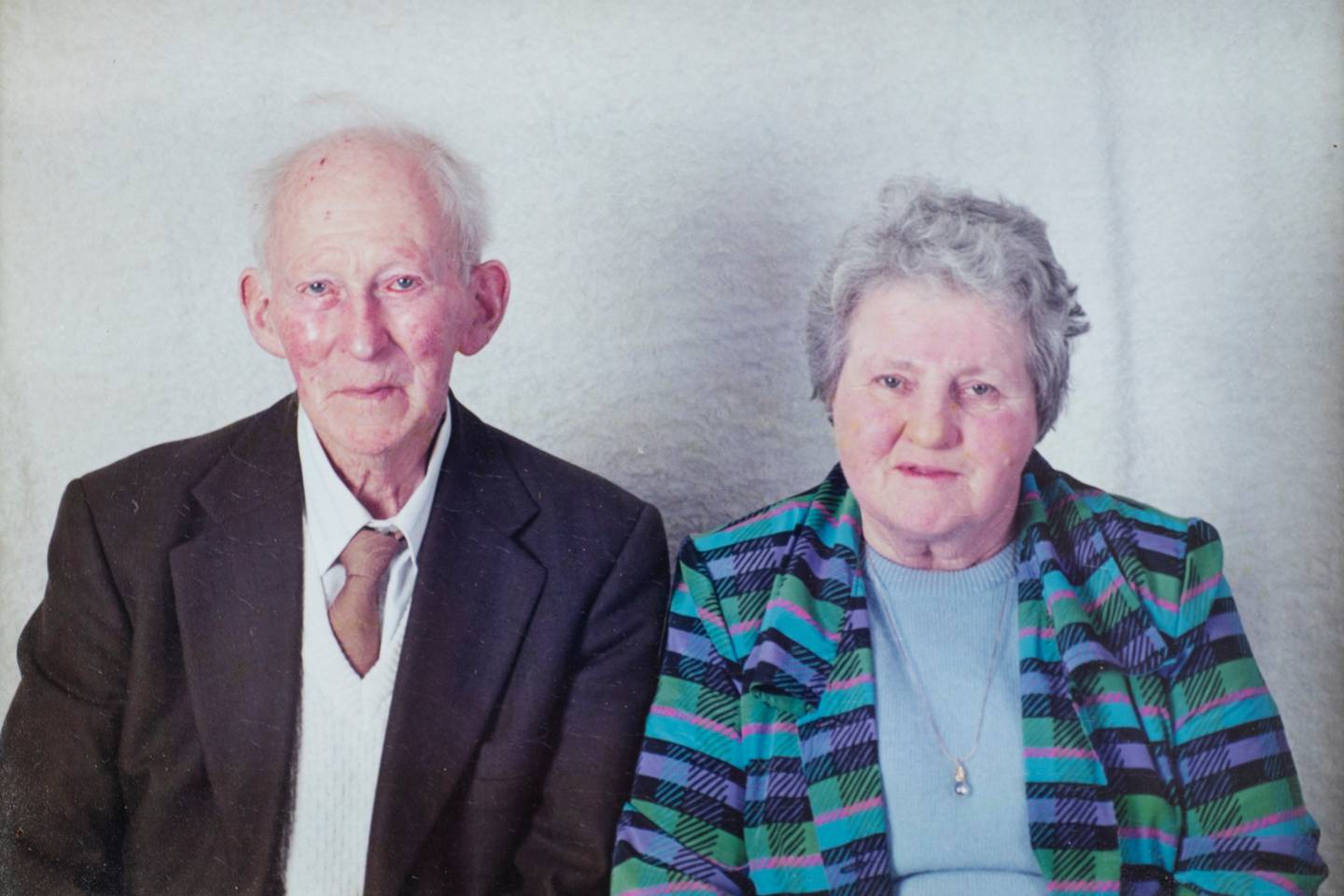 A supplied photo of John and Josephine Harrisson who were murdered by Gresham Marsh in 1994 in Te Akau.

Boshier had carefully weighed the interests of both sides and consulted with the Privacy Commissioner. The spokesperson said the decision would not create a precedent that Corrections has to follow in future, as every case is considered on its own merits.

In 1994, Marsh and Leith Rex Ray, 19, spent two weeks scoping out properties in the Waikato area committing burglaries. When they came across the Harrissons' property, which was tucked away on the side of a hill, they bought produce from the stall and sussed out the area.

Later that night they broke into the Harrissons' house with a loaded .22 rifle, woke them up and shot them dead.

The intruders rifled through the home, stealing money and jewellery and tried to siphon petrol from a car in the garage.

Gresham Marsh was the youngest in a family of 10 and was adopted by Fran and George Marsh in May 1972, when he was 17 days old.

By 1994, he had made 50 court appearances. Marsh faced a raft of charges including theft, assault, and had been involved in a burglary ring.

Marsh, now 48, was released from prison in August last year. Special conditions attached to his release include remaining in the South Island, avoiding contact with any victims of his offending, and electronic monitoring. If he breaches any conditions he may be prosecuted or recalled to prison.

At a recent parole board hearing, Marsh was commended for his progress and for obeying the restrictions that were placed on him. "Mr Jones is a talented carver, learning to work with Greenstone," the board said. He hopes to make this, in the long-term, into full-time employment."

The parole board considered that Marsh had made such progress that some of the conditions could be eased, including a curfew. "Overall, we are satisfied that Mr Jones has done very well so far on parole," the board said.

Leigh Marsh, the deputy national commissioner for Corrections, says the department denied the Jamiesons' initial request for a photograph because of privacy laws. It will now release a copy in line with the Ombudsman's decision "subject to a strict obligation of confidence.

"I would like to reiterate that Corrections recognises the immeasurable effect that being the victim of a crime can have on an individual and their family. I acknowledge the grief that Mr and Mrs Jamieson have endured as a result of Gresham Marsh's offending. I also appreciate that the potential to see Gresham Marsh in public is distressing for Mr and Mrs Jamieson and that they would like the opportunity to recognise him if that occurred.

Jock says he was shocked to discover Marsh had changed his name to David Jones.

"There is no way Marsh should have been allowed to change his name. The rights and privacy of the offender seem more important than anyone else. Marsh is back in the community and hopefully behaving himself but if I had a double-murderer living next door to me, I would like to know."