A mother convicted of murdering her autistic daughter has been released on parole less than two years after she was sent to prison.

And she has been banned from speaking to media about her time in prison, the murder or her life.

Donella Knox, 49, was sentenced to four years' imprisonment after she admitted murdering her 20-year-old daughter Ruby at their Blenheim home in May 2016.

Knox, a solo mum, killed her daughter after a 20-year battle with her violent outbursts, round-the-clock care, poverty, and feelings of being let down by the health system.

At sentencing, Justice Joe Williams described it as a "once in a generation case".

The court heard that Ruby had been severely disabled her whole life.

In the six months leading up to the killing, Ruby's functioning had deteriorated and she had become even more disruptive and violent. 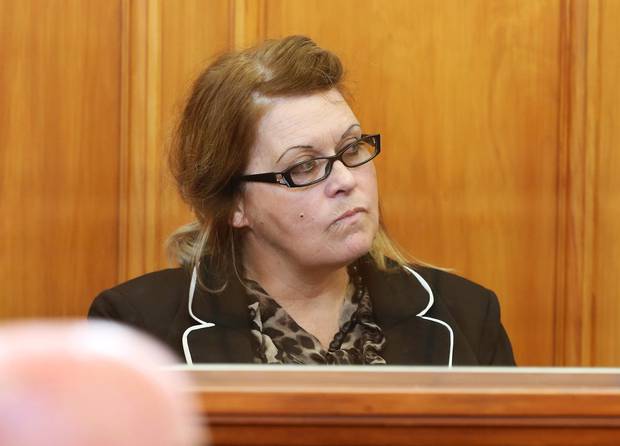 Donella Knox, 49, was sentenced to four years' imprisonment after she admitted murdering her 20-year-old daughter Ruby at their Blenheim home in May 2016. Photo / File

Sleep-deprived and exhausted, Knox took Ruby to her local hospital's emergency department 10 times between February and May 2016, claiming that her daughter was in
pain but could not communicate it.

Justice Williams noted that she "felt that the medical fraternity had brushed you off".

On the day of the murder Knox received a letter from doctors who could find "no obvious reason for severe pain".

Knox took it to mean that further surgical assistance was unlikely.

"It seems that this letter was a trigger for your decision to take Ruby's life," Justice Williams said.

At about 1pm, Knox sedated Ruby with risperidone anti-psychotic medication before placing both hands over her face and nose until her breathing stopped.

Knox then went to Blenheim police station and gave a full confession.

She was sentenced on February 4 2017 and appeared before the Parole Board last week.

The Parole Board report, released today, revealed Knox had been due to appear earlier but the hearing was adjourned so a psychological assessment and report could be obtained.

Knox was supported at the hearing by her lawyer Simon Shamy who submitted that she met the statutory test for a release on parole, as she did not pose an undue risk to community safety.

"He said the circumstances of the offending were tragic and were the result of a perfect storm of circumstances for Ms Knox which will never be repeated," the board decision said.

"He said that the most significant sentence for Ms Knox is the fact that she will have to live the rest of her life knowing that she has killed the person that was closest to her."

The board heard that Knox was in a self care unit in prison and was described as "polite and respectful".

Ruby Knox, when she was a little girl, and as an adult. Photo / File

"She has completed four to six sessions of one-to-one psychological treatment which has helped to give her insight into the process that led to her offending," said board convenor Kathryn Snook.

"Ms Knox is said to have recognised that she had a distorted view that she needed to undertake all of Ruby's care.

"Ms Knox told the board today that she has looked at her ways of thinking and how at times those could be limiting.

"She has been able to apply those new skills in living in self care with three others. She said that this in itself has been difficult for her as she lived for 20 years with just her daughter who could not speak.

"She said that she has learnt that she does not need to be superhuman and can ask for help."

Snook said Knox had developed a safety plan and accepted that a high risk situation for her was the care of vulnerable people.

She had been assessed as being low risk of general and or violent offending.

"Ms Knox said that she accepts that she will need to look after herself on any release," Snook said.

"She says she plans to keep a low profile and spend time reconnecting with her family.

"Taking all of this into account we have reached the view today that Ms Knox would not pose an undue risk to the safety of the community if released on parole to serve the rest of her sentence in the community.

"This is her only conviction, she has undertaken one‑to-one treatment and has a safety plan.

" She also has support and supervision in the community.

"Importantly her offending was confined to a specific context. As noted by her counsel today, it was unique offending and a tragedy for all concerned."

Knox will be released from prison in September and subject to standard parole conditions for two years from that date.

She will also be subject to special conditions including undertaking any counselling or treatment to the satisfaction of her probation officer and not taking on any work -
particularly as a caregiver - without permission.

"In addition, given the unique circumstances of Ms Knox's case and the potential for there to be media interest in it, we are including a special condition which precludes Ms Knox from initiating media contact and requiring her to decline any request from media for interviews or information regarding herself, her offending and her imprisonment," said Snook.

"We see this special condition as designed to facilitate Ms Knox's rehabilitation and reintegration back into the community without the risk of extraneous destabilising influences."

She is order to "decline by "no comment" any request from any media for an interview or for any information about yourself, your offending, imprisonment or rehabilitation".