A scam text message appearing to target New Zealanders expecting the first instalment of the $350 cost-of-living payment today is circulating.

National cybersecurity agency Cert NZ said it was aware of the text message scams referring to the payment being distributed by Inland Revenue.

The $350 payment was part of the Government's cost-of-living package announced under Budget 2022 to ease the burden of inflation, which hit a 32-year high in June 2022 quarter, rising to 7.3 per cent.

In a Facebook post, Cert NZ said scammers often used timely and current events to try to deceive people into being scammed.

"They will use a sense of urgency to get you to act without thinking and will include a link."

The agency urged anyone who had received the text message not to click on the links in the message or install or download any attachments.

The scam message said, "you will receive an amount from the Government" and included a hyperlink. 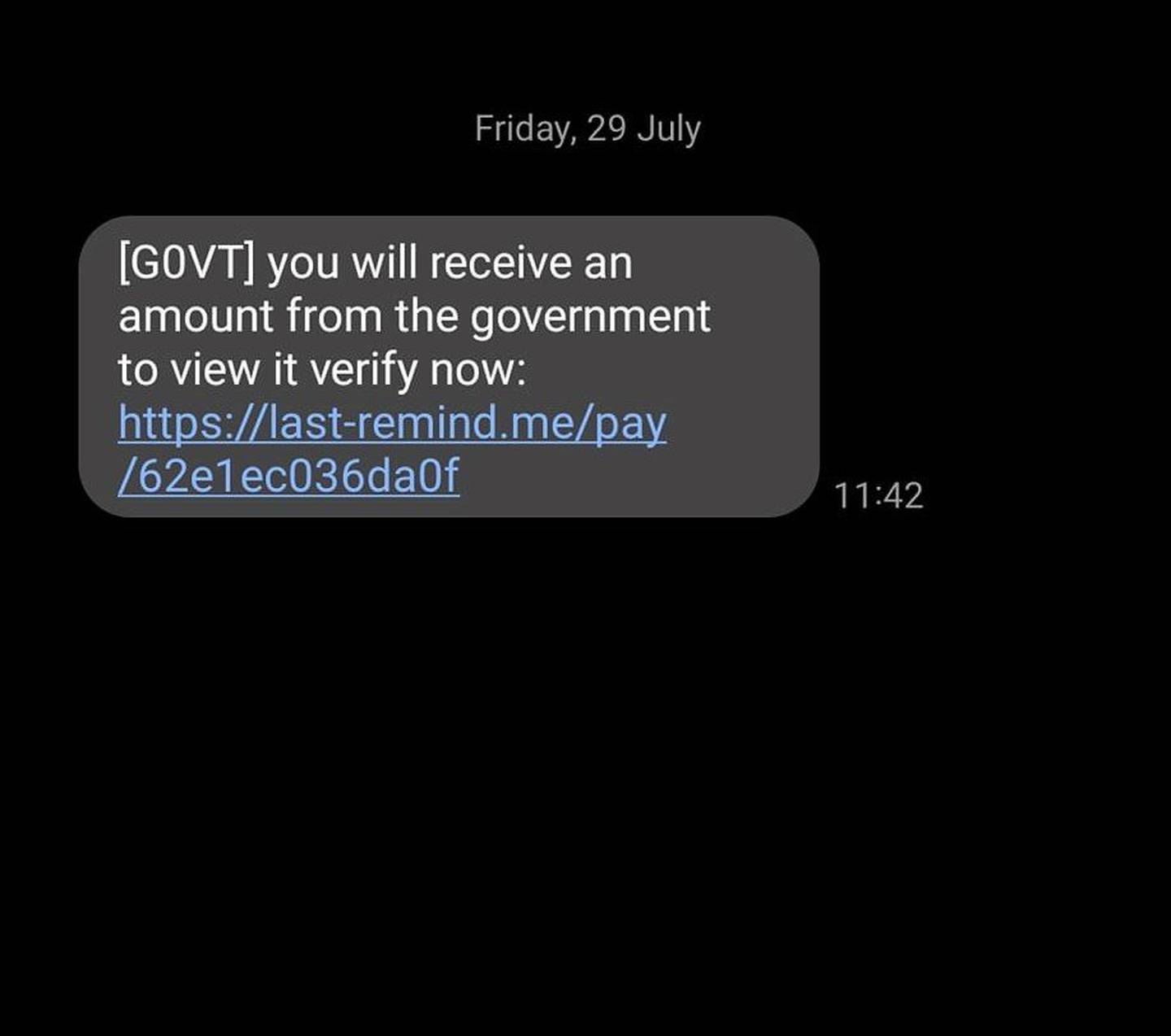 Cert NZ said that generally anyone who had given out personal or financial details in response to a text message was advised to:

Anyone who was concerned about communication they had received about the cost-of-living payment could call Inland Revenue directly on 0800 473 777 to verify it.

Meanwhile, some New Zealanders based overseas have received letters from Inland Revenue stating they also qualified for the payment despite not being New Zealand tax residents.

National Party deputy leader and finance spokeswoman Nicola Willis said she had received many messages from people who told her they were embarrassed to receive the undeserved money, while some were "very confused".

An Inland Revenue spokesperson acknowledged it was possible people no longer living in New Zealand could get the payment.

"If someone has left the country and hasn't told Inland Revenue they're not living here currently we will have treated them as resident and they may receive the cost-of-living payment."

Prime Minister Jacinda Ardern said the cost of trying to recover the funds from New Zealanders overseas would outstrip the benefits, RNZ reported.