A 15-year-old girl says she was afraid of the alleged ringleader of a group accused of torturing and killing Dimetrius Pairama.

"I was scared of her," the teen girl told the High Court at Auckland today.

She was talking about Ashley Winter.

It is the third day the jury has listened to evidence from the teen witness in the trial of Winter, 29, and Kerry Te Amo, 25.

The duo are accused of kidnapping, torturing and murdering 17-year-old Pairama.

The teen witness - who cannot be named and was given immunity from prosecution by the Deputy Solicitor-General - was at the vacant Housing New Zealand property where Pairama died.

Her body was found on July 8 last year by police in a steel drum at the house on Buckland Rd in Māngere.

This afternoon, the young witness was cross-examined by Winter's counsel Matthew Goodwin and questioned about her version of events.

"Sir, with all due respect, I was in the room. I was there, I saw what happened," she snapped back at the lawyer.

"You weren't there to see the things that I had to see." 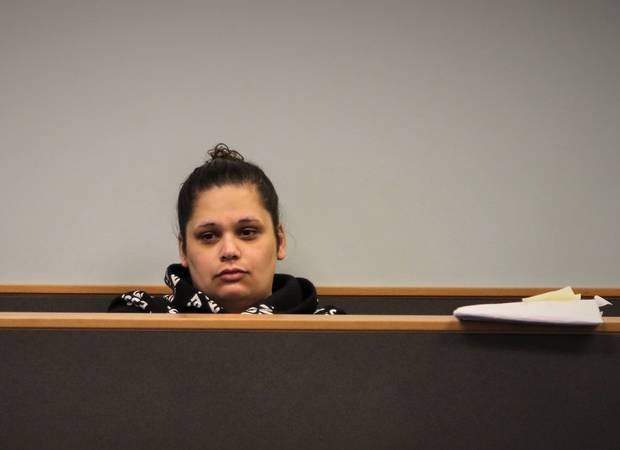 Ashley Winter, pictured in the dock on day one of her trial in the High Court at Auckland. Photo / Sam Hurley

The teen told the court that Winter instructed the group at the house, which included Winter Te Amo and one other, to beat and kill Pairama.

"It was either we all do it, or she does it herself," the teen, who is giving evidence via video link, said.

"If she was going to do it alone, we were going to get blamed for it."

Goodwin, however, said the idea Winter would blame others in the group for Pairama's death was something new.

"You've never told the police that have you?" he asked.

"No," the teen witness replied.

Goodwin wondered why the teen "didn't you just let [Winter] get on with it" or go to a neighbour for help?

"I couldn't, I was too scared," the teen said, adding she had thought about what happened to Pairama every day since.

Goodwin said: "Every single day you've thought about it, yet new things are coming out about it today, aren't they?" 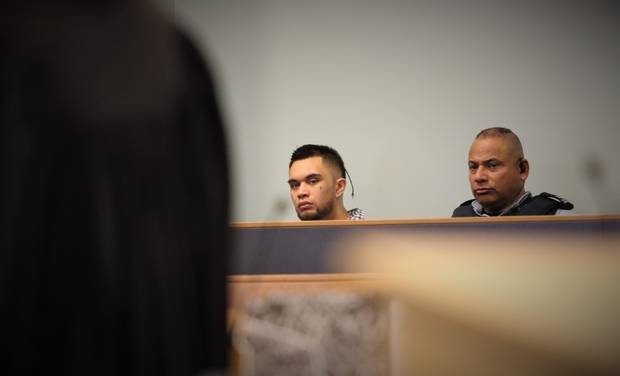 Earlier in the trial, the jury watched a video interview between the teen witness and Detective Constable Frageo (Damon) Petersen.

"Everyone listens to Ashley," she said.

The teen said Pairama, who was also known as Precious, was told to strip naked, before being tied to a chair with rope, and her body burned with a spray can and lighter.

At three o'clock Pairama was to be stabbed if she didn't choose to be hanged, the teen said. Police investigate at the home in Māngere where 17-year-old Dimetrius Pairama was found. Photo / Doug Sherring

Winter's alleged motive cannot be reported by the Herald for legal reasons.

A noose was then fashioned out of bed sheets, the teen witness said.

The teen witness said the group left at about 1am, having dumped Pairama's body in a rusty, steel drum among some weeds.

Police first began investigating a possible homicide after breaking up a fight near Britomart in central Auckland.

Crown Solicitor at Manukau Natalie Walker said the group had turned on each other.

Winter has pleaded guilty to kidnapping but denies murdering Pairama.

Te Amo has pleaded not guilty to both charges.