Customs has seized 46kg of MDMA and other drugs which were imported in parcels including stuffed toys.

A 27-year-old Chinese national appeared in Manukau District Court today after he was linked to the importation of at least 17 packages. In total they contained around 46 kilograms of MDMA (also known as ecstasy), six kilograms of ephedrine, and one kilogram of methamphetamine.

Some of the drugs were sent disguised in giraffe, pelican and hippo stuffed toys.

Customs say he is known to be using false identities to facilitate the smuggling, and further charges are likely. 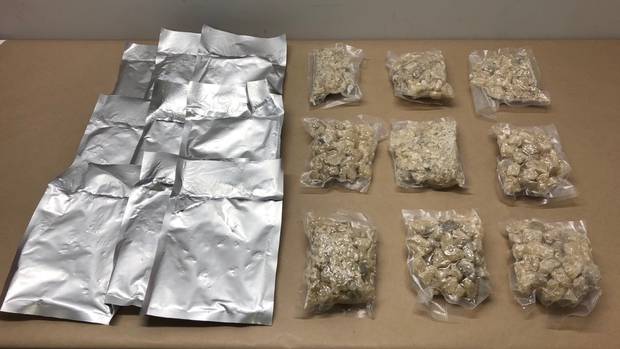 Some of the drugs seized. Photo / Customs

A Customs investigation into MDMA seizures allegedly connected the man to several drugs packages that were seized by frontline officers between July 2019 and February this year.

Packages destined for east Auckland had been sent through the mail or air freight from various countries across Europe.

The drugs were hidden in an assortment of everyday items such as LED lights, clothing, ornaments, toys, cosmetics, and thermos flasks.

Customs investigations manager Bruce Berry said the organisation had seen an unprecedented rise in MDMA seizures at the border, with a record 738kg intercepted in 2019, and 112kg seized in the first two months of this year.

That compared with 94kg of MDMA seized at the border in all of 2018. 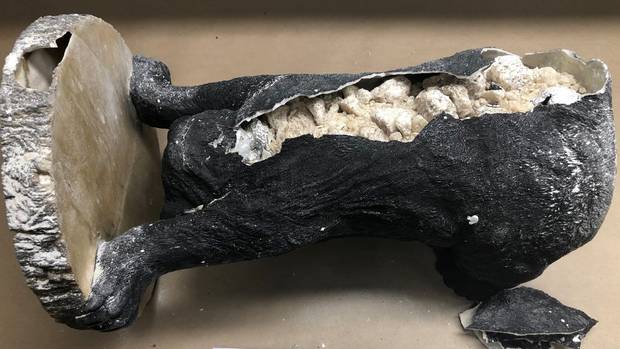 Drugs were also inserted into this ornament. Photo / Customs

"While methamphetamine remains the main type of drug seized at our border and Customs' focus, we equally maintain an interest in catching those involved in smuggling MDMA.

"We believe the man arrested had played a significant role in MDMA smuggling and distribution."