Raiders stole a safe containing $4 million in cryptocurrency in what appears to be a sophisticated "inside job" targeting a wealthy businessman's home, the Weekend Herald can reveal.

Mark Geor, who manages Rock and Rubble, a quarry transporting service, said his family home in the affluent Auckland suburb of Westmere was burgled while it was being renovated - and the thieves took an extraordinary haul.

In his only interview, Geor described the burglary as "fishy".

"We have lived there since 2017 and never had an issue. This burglary was executed with surgical precision," he said.

"Someone has done their homework; they knew exactly where the security cameras are and where the safe was. They won't have any idea of what's inside the safe. If they are able to crack it open, I think they will take out what they can sell," Geor said.

In early August, while their home was being renovated, Geor, 33, his wife Clare,32, and their two young sons moved to Takapuna. The Geors are offering a substantial reward in exchange for the safe to be returned with the cryptocurrency and other valuables. Photo / Clare Geor

On September 9, when Geor went to the Westmere house to collect the mail, he noticed a builder's wheelbarrow with a pillow on it. He had a "hunch" and felt something wasn't right.

He discovered the house had been broken into. Burglars had entered through a side door, where there were no security cameras.

"When I realised the front door and side doors were unlocked, I thought, 'S***, this isn't good,'" Geor said. "They turned off the power and disarmed my alarm and back-up battery. The electrical switchboard, control box for the alarm was in the same room as the safe. If you set the alarm there is a wee delay before it goes off, it looks like they were able to shut it off pretty quickly, so they knew what they were doing."

All that was left behind was a small crowbar, an electrician's screwdriver and glove prints. Forensic experts were unable to obtain fingerprints or footprints because of the concrete floors.

Police confirmed they had received reports of a burglary at an address in Westmere, but said: "Police made inquiries into this which included reviewing vehicles which had been in the area. However, as there are no active lines of inquiry the matter has been filed pending any further information."

Geor says he is a "realist" and isn't hopeful he'll get the safe back. But he is offering a substantial reward in exchange for its return with the cryptocurrency and other valuables, including $10,000 in cash, Rolex and Tag Hauer watches, diamond jewellery and family heirlooms.

"They won't have any idea of what's inside the safe. If they are able to crack it open, I think they will take out what they can sell. The cryptocurrency is on a USB stick among other USB sticks of family and wedding photos and wills ... If they find it they might think that's just paper and biff it or they could take it to people who do know about cryptocurrency. I am worried they now know more than they set out to know," Geor said. 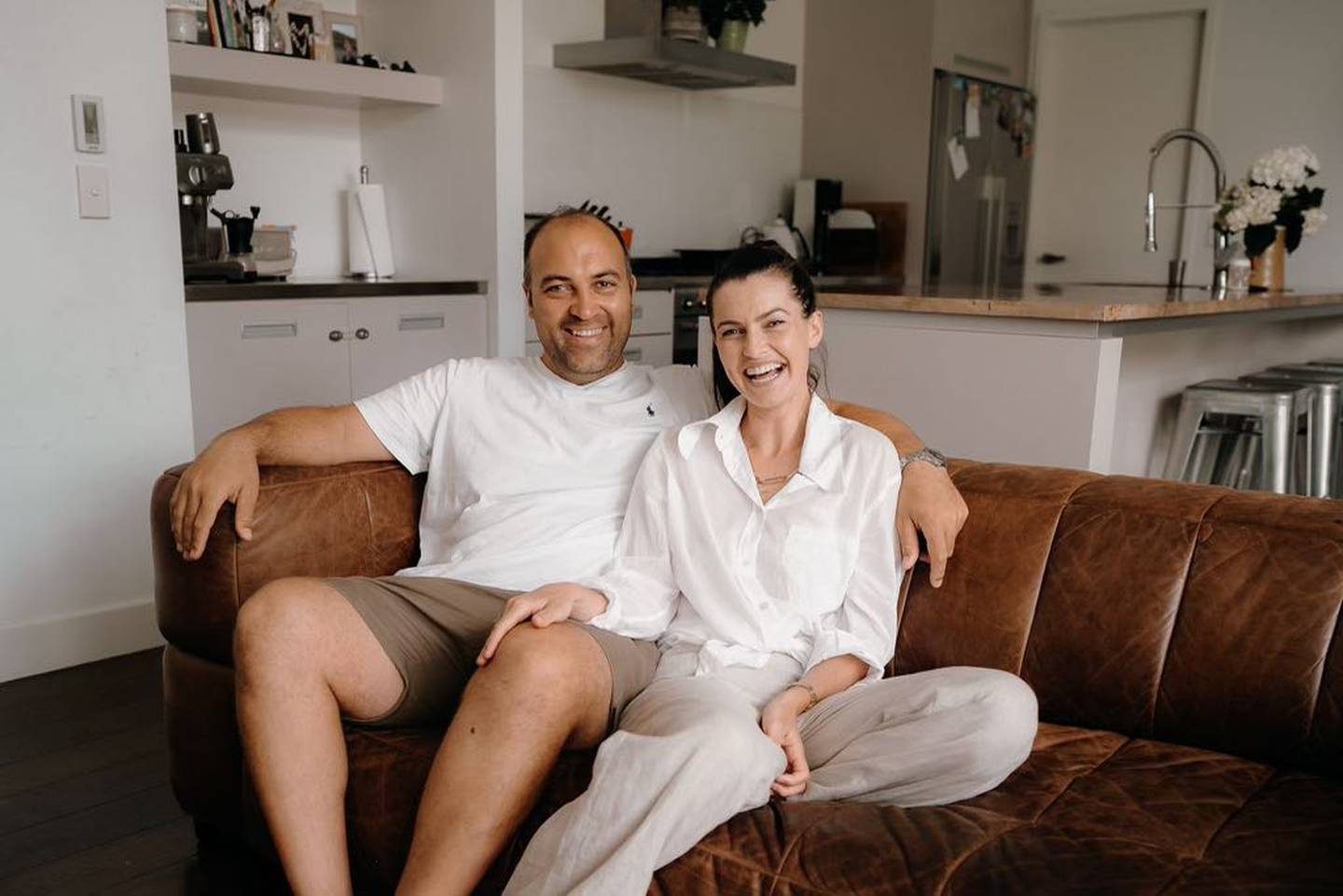 The Geors' Westmere home was broken into while they were living off-site during renovations. Photo / Clare Geor

Although there is no evidence the safe has been cracked open or funds have been withdrawn, Geor can't claim insurance for the cryptocurrency he has lost.

"Unfortunately, there is no such thing as insurance."

Cryptocurrencies have enjoyed a meteoric rise over the past year with almost one in five people planning to or having invested, according to a Financial Services Council survey in June.

But because the currencies are decentralised they are also difficult to trace, making them attractive for use by criminals. The hackers who demanded a ransom from the Waikato District Health Board after a huge cyber attack this year wanted to be paid in cryptocurrency.

The rise of cryptocurrencies had also given way to the emergence of various scams that use the asset to lure people into them.

In July, MPs announced they would hold an inquiry into risks to users, the monetary system, and the environment. It will look at how such currencies are created and traded, their use and misuse, and the implications they might have for the tax system and regulators.

Geor said the burglars weren't in a rush and also took his wife's costume jewellery and handwritten letters from her grandmother, and rummaged through her underwear drawer.

"I think the worse thing is the total violation of our privacy. Clare now feels unsettled about staying in this house."

Mike Campbell, a private investigator and friend of the Geor family, believes the burglary happened between 8.30pm and midnight.

He says CCTV footage from a neighbour's security cameras revealed possible suspects driving a white Subaru Legacy wagon and a 2005 Toyota ute with a hood on the back between 9pm and 9.30pm.

One neighbour told Campbell he noticed a car that seemed to be sussing out the neighbourhood, two days before the burglary.

"The safe was bolted to the concrete floor and weighs about 160 kilos so you'd need a big strong person to cut it away and shift it out of the cupboard in the stairwell," Campbell said.

"They had to drag it across the room and put it in a wheelbarrow to take it to the front of the house and have a vehicle big enough for the safe." 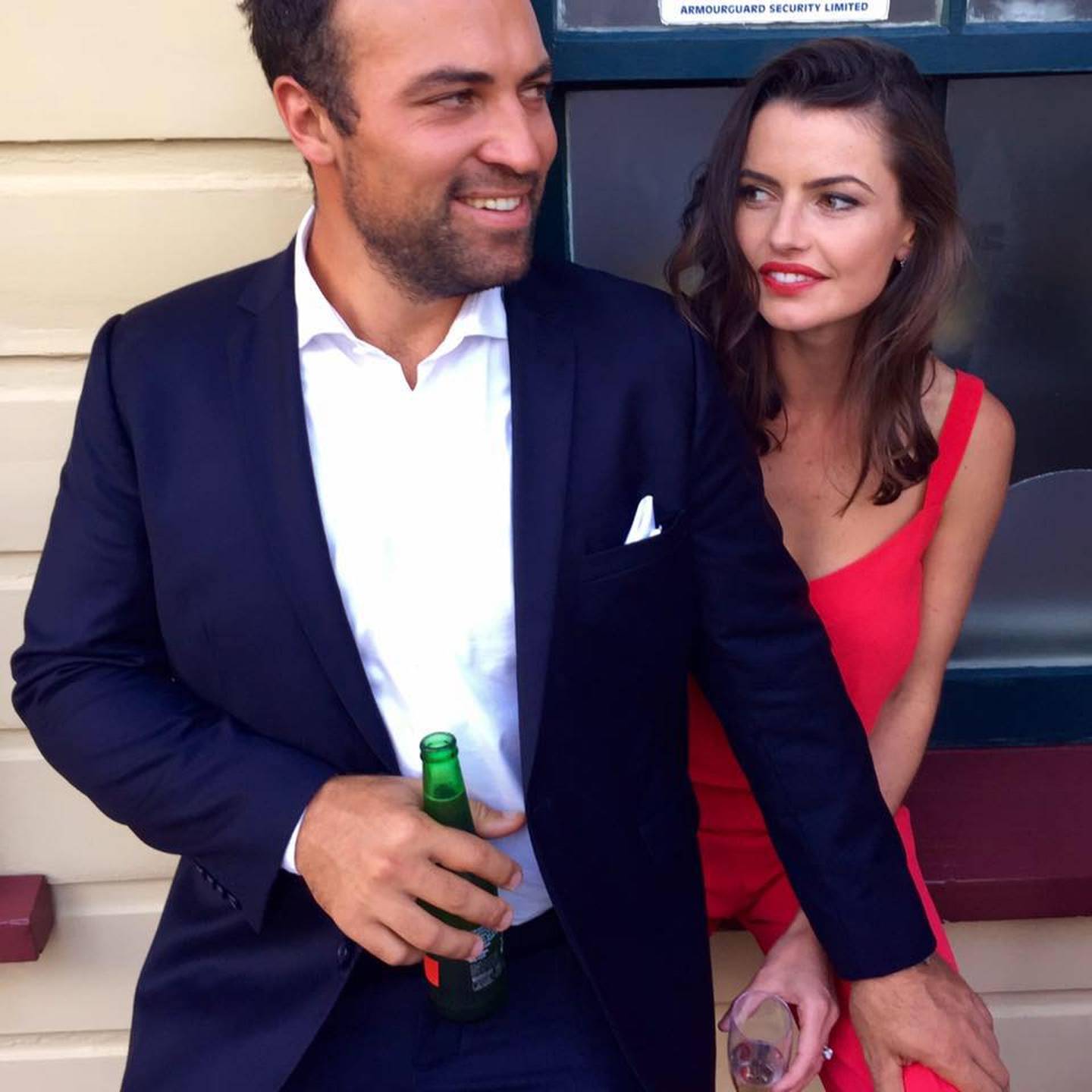 Campbell also believes the burglary was an "inside job".

It is the first cryptocurrency theft he has been involved in the 40 years he's been a private investigator, he said.

"Whoever went there obviously knew there was a camera in the front of the house. They found the switchboard, had sufficient ability to disconnect the power so that's not coincidental, that involves knowledge.

"We are relying on someone honest among the tradesmen to nominate a suspect. It could be someone on site who has told someone else who is a crook - that's how these things usually go."

Campbell is interested to hear from locksmiths and engineering companies around Auckland.

"We are concerned the crooks have got the safe and will bulls*** a locksmith to prise it open or talk to people with the ability to open it. Or it could be in a storage unit to let the heat settle. If they are dumb arses who have tried to prise the safe door open with a couple of small screwdrivers that could indicate their mentality.

"A plate was found at the scene that was prised off the safe door. That suggests to me they weren't the most experienced or brightest of offenders if they thought they could get into it that way," Campbell said.

"We need the safe back and information that leads to the offenders being arrested. The loss to Mark involves millions of dollars, so you can imagine the value of information that results in the recovery, will be very, very considerable."

Geor said his message to the raiders is: "GIVE IT BACK."

"I am gutted, I feel f***ing robbed. Truly, despite the money, I feel stupid for having all my possessions in there. There is nothing fair or reasonable about this, I just want my stuff.

"I am offering a reward because there is a lot of money involved and also for the sentimental things," Geor added. "I have a few things of my younger sister who died in 2011 and I can't ever replace those things."

A police spokesperson said while police didn't have data "immediately available" about construction thefts, "anecdotally we believe there has been an increase in Auckland City district around burglaries at construction sites".

"This is because opportunistic thieves would take the opportunity to target these sites knowing that they will be empty under alert level 4. We encourage tradies to ensure they have their tools secured and if possible CCTV cameras as this will reduce the likelihood of becoming a target of this type of crime."