Destiny Church founder Brian Tamaki appeared in court on Wednesday for the second time in just over a week - this time in police custody and facing a fresh charge of violating a Covid-19 lockdown order by attending another lockdown protest.

The controversial church leader is also accused of violating the conditions of his bail conditions that were set last week. He pleaded not guilty to the new charge.

Auckland District Court Judge Josephine Bouchier addressed Tamaki via an audio-video feed while he sat in a holding cell. She allowed him to be released again under the same bail conditions as last time but issued a strict warning that he follow the rules.

During his court appearance last week, for attending and helping organise an October 2 protest at Auckland Domain, Tamaki was allowed to remain free on bail on several conditions.

One condition was that he not "organise or attend any protests in breach of any Covid-19 level requirement", while another was that he not "use the internet for the purpose of organising, attending or encouraging non-compliance with the Covid-19 Public Health Response Act 2020".

Tamaki and lawyer Ron Mansfield agreed to the conditions.

But just hours later Tamaki issued a public statement promoting a follow-up protest at Auckland Domain on October 16 - coinciding with the Government's "Super Saturday" vaccination push. He didn't plan to organise that protest but would attend a picnic with his family at the same location, he said. If convicted of either of the protest charges, Tamaki could face up to six months' jail and a $4000 fine.

Earlier this morning, Tamaki and wife Hannah Tamaki posted a video on social media explaining that they were headed to a police station so that police could "have another bite of the cherry". 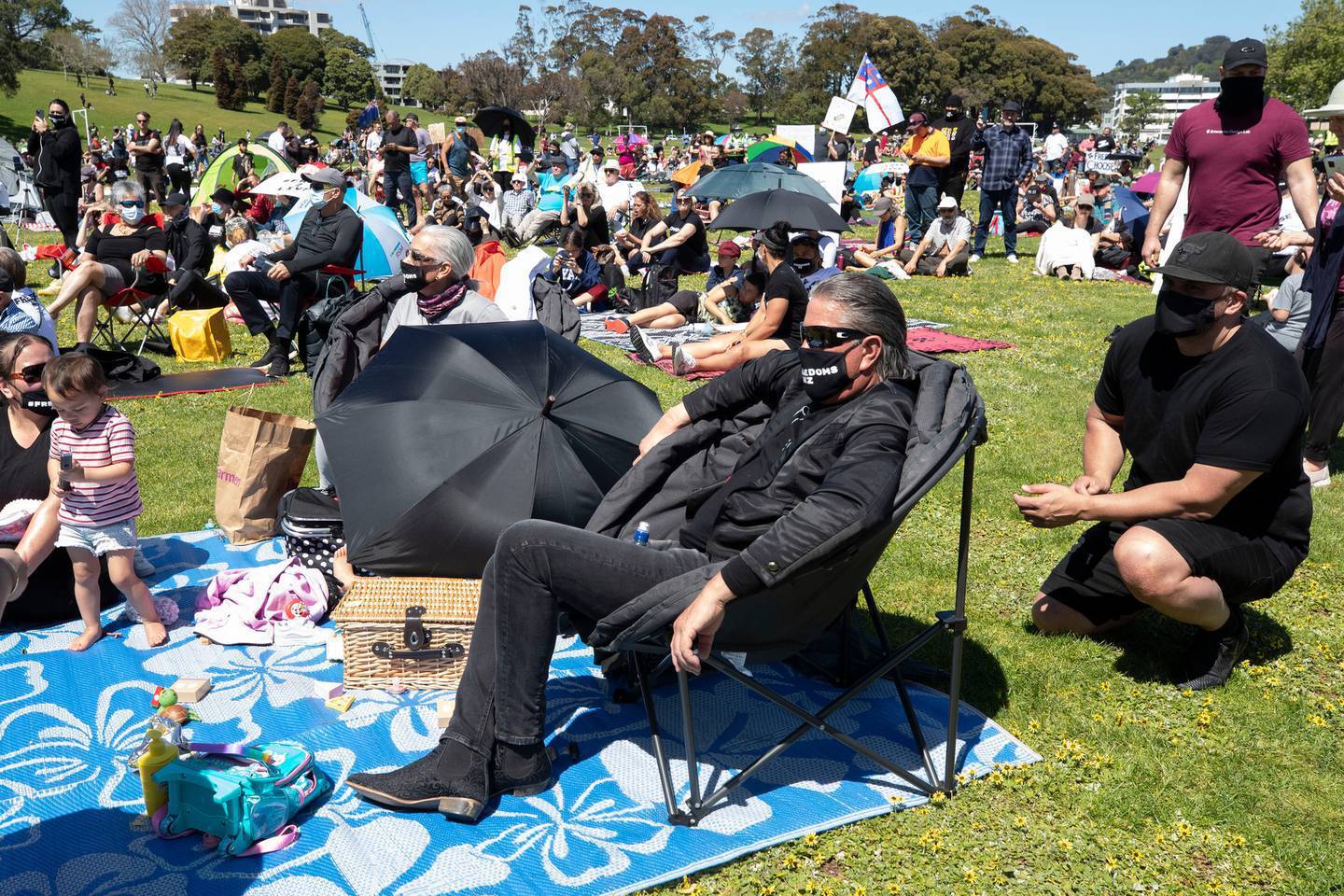 He also said he was standing for "what we believe is our democracy".

Wife Hannah said this could be their last big battle for the Lord. "Somebody has got to be prepared to be a voice and an option for freedom to choose."