The Police Minister received a text message notifying her when Destiny Church leader Brian Tamaki was arrested over his involvement in organising mass anti-lockdown protests in Auckland.

She was even given a "heads up" and a link to Tamaki's Twitter account on October 19 via email, the day before his second court appearance.

Thousands gathered on three occasions last month at Auckland Domain protesting the tight Covid-19 restrictions imposed on the city, at which point allowed a maximum of 10 people to gather outside.

Tamaki helped to organise the first protest held on October 2, which about 2000 people attended.

"Today we are facing a Government we thought we could trust. Instead they are stripping away the freedoms and rights of everyday Kiwis," he told the crowd.

Shortly after he attended and spoke at a second protest held on October 16 - coinciding with the Government's "Super Saturday" vaccination push - but maintained he wasn't an organiser.

He was arrested and charged a second time.

Hundreds of his supporters waited outside the Henderson Police Station while he faced a judge via audio-visual link from a holding cell inside on October 20. Tamaki was granted bail again.

A third protest was held on October 30, in which a large crowd marched through the streets of Newmarket, but Tamaki did not attend. 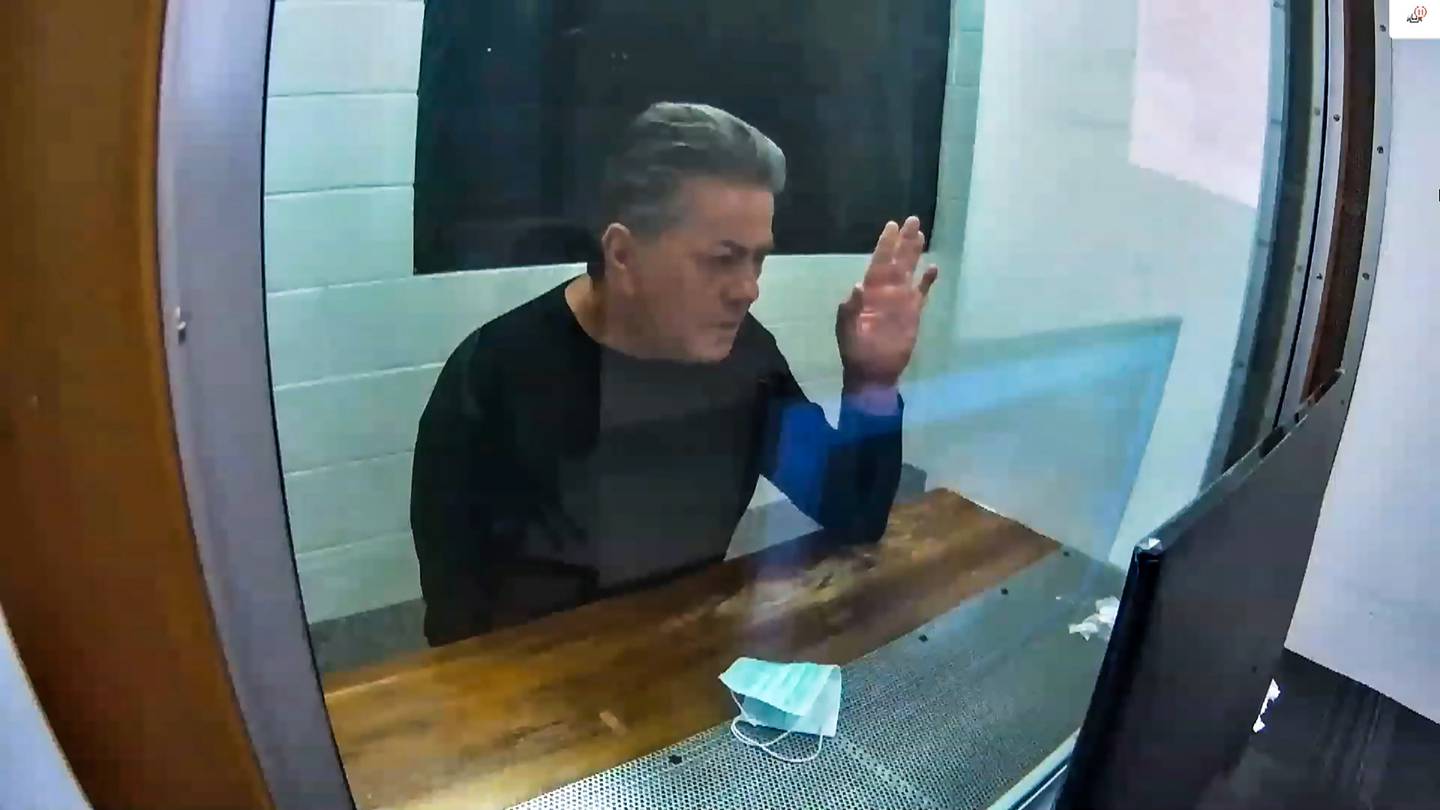 Brian Tamaki at Henderson Police Station where he appeared in court via audio-visual link. Photo / NZME

Police Minister Poto Williams was regularly being updated through correspondence sent to her office by police staff.

Her office received an email on October 12 from a member of the police strategic communications team, stating that Tamaki was appearing in court that day.

On October 20, Williams' press secretary received a text from police that read: "Just letting you know that Brian Tamaki has been arrested".

In an email, Williams was also given a "heads up" and a link to Tamaki's Twitter account on October 19, the day before his second court appearance.

In a tweet published that day Tamaki posted a photograph of himself and his wife Hannah Tamaki, with the words: "Off to Auckland Central Police Station..Crime..Standing for our Freedoms and Rights..A Voice for the Voiceless..And Forced Vaccinations,Job losses,that violate our Freedom of Choice..A New Type of Criminal." 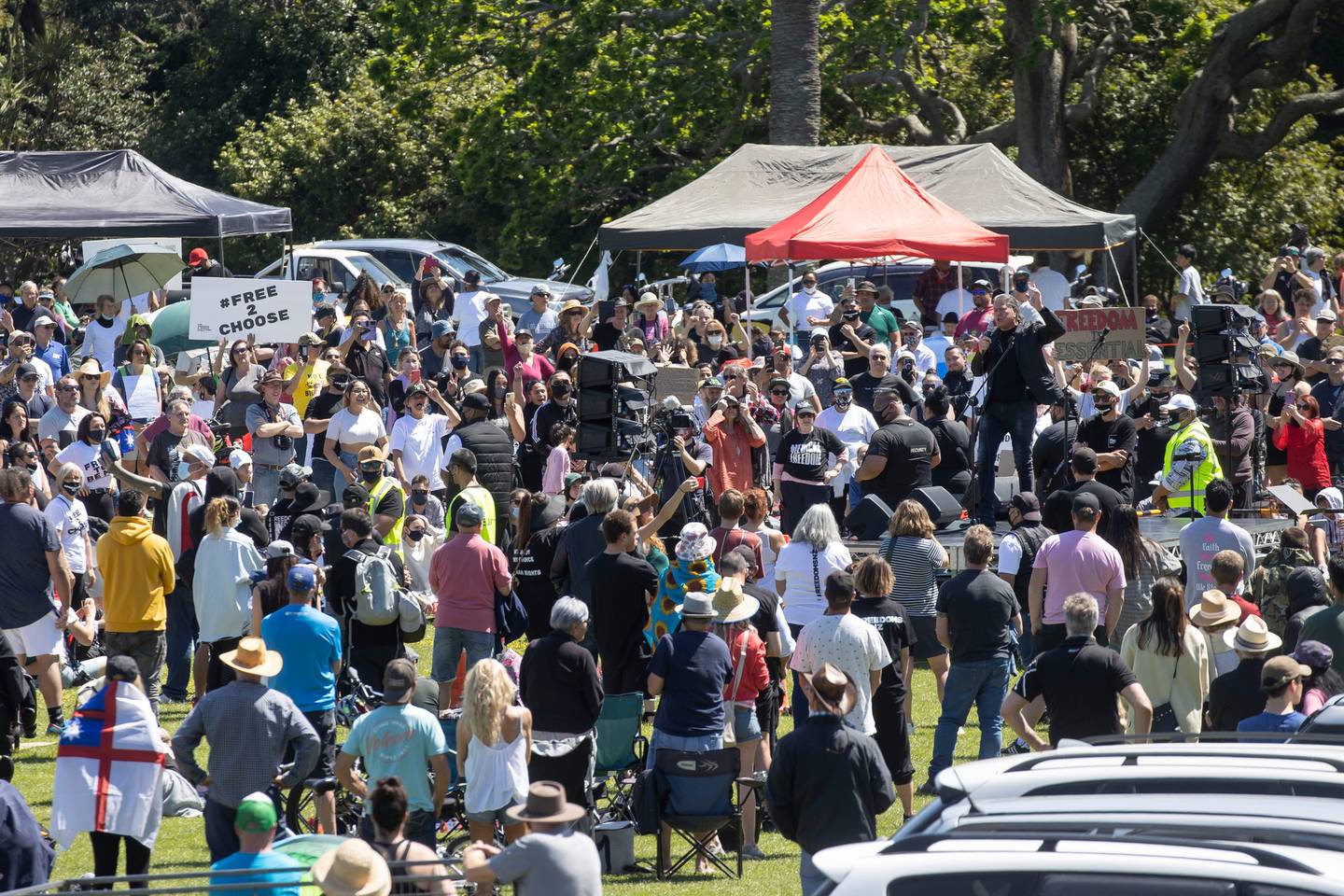 Williams was also given a copy of a letter written by Police Commissioner Andrew Coster to Tamaki dated September 27.

It stated that the pair had chatted online as Tamaki was planning the first protest, and he had been warned that arrests were possible.

"Gathering for a protest run other than in compliance with the law carries with it the risk of Covid transmission and may lead to enforcement action, including against yourself as an organiser," Coster warned.

Coster said he was concerned about the use of the phrase "Let's get arrested" in the lead-up to the first protest.

"We would ask that you clarify your public messaging on this point, ie be clear that you intend to run this event safely, and that you do not intend people to act in a way that leads to their arrest."

He concluded the letter by stating: "Please note that in continuing with your planned event, you do risk enforcement action by police".

In a statement to the Herald, Williams' office said: "The Minister of Police is in regular contact with the Commissioner of Police over a range of topics and receives frequent operational updates".

The Minister told the Herald she had also received a "number of emails" from members of the public in relation to the protests.