Three youths attacked an Auckland bus driver, with one teenage girl allegedly trying to gauge out the 69-year-old's eye.

After a tussle involving the 14- and 15-year-olds - two girls and one boy - the driver, who did not want to be named, says he managed to push them off his bus before calling police.

But he was left with blood streaming down his face after his third attack while on the job in the past couple of years.

Auckland Transport (AT) have slammed the attack as "appalling" and said it is something none of their drivers should have to go through.

The man's daughter, Gabi Wildbore, has been left angry and helpless as she's stuck in Palmerston North and not able to be at her dad's side.

"This is unacceptable, this is what people do during a level 4 lockdown, not to mention the issues with social distancing and so on. He deserves to be safe on his job.

"They've broken his glasses and he doesn't know how he's going to pay for some new ones."

The man said he pulled over to pick up passengers about 8.30pm in Henderson yesterday. 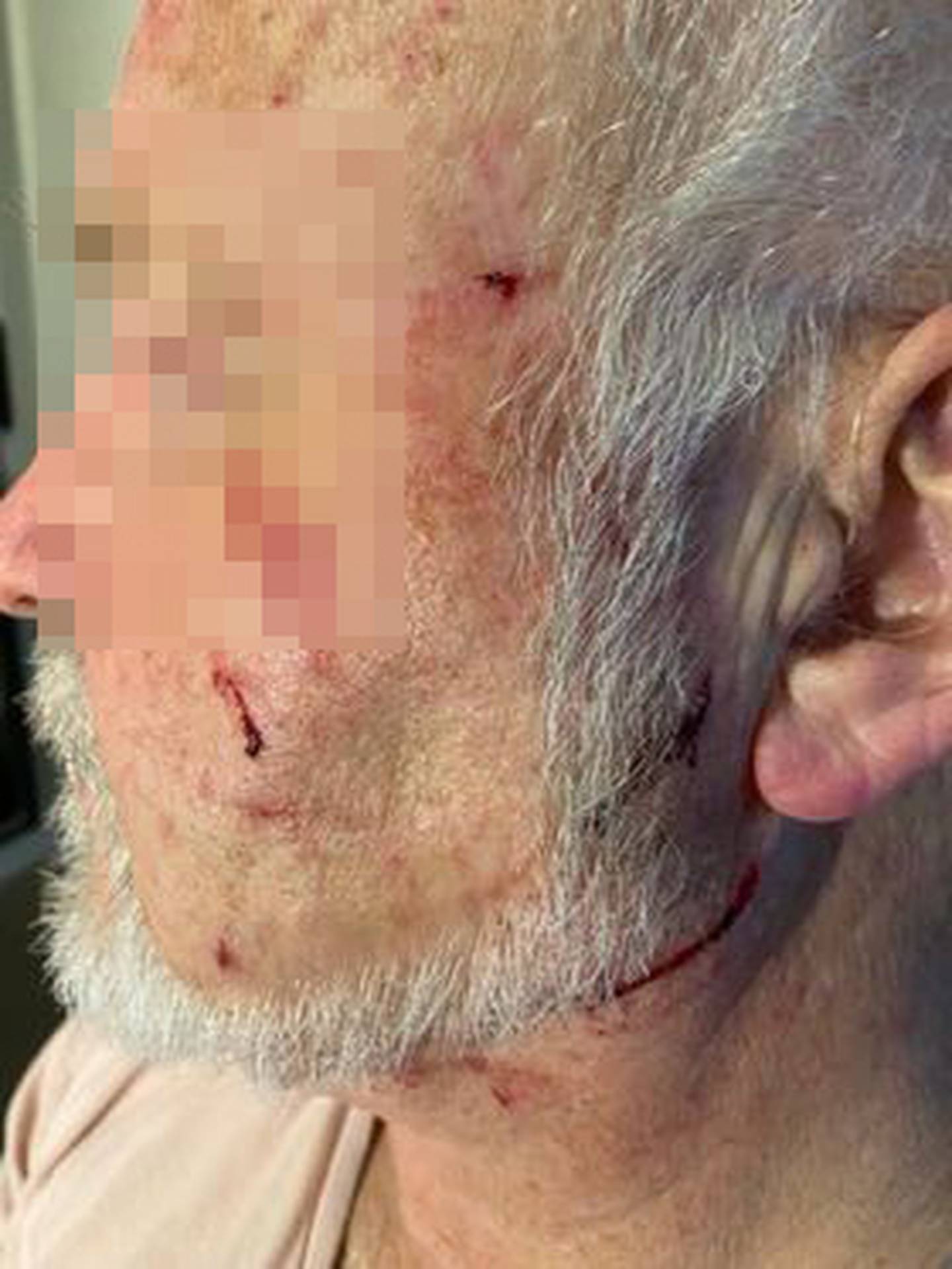 The man was left with multiple scratch marks and an eye injury after the attack in Henderson at 8.30pm yesterday. Photo / Gabi Wildbore

The first one got on and mouthed the sound of the swipe card being used. Two others then also suddenly jumped on, also pretending to pay.

"I turned to them and said they need to tag on and they got abusive," the former policeman and NZ Army soldier said.

"I said I didn't want them on my bus because of their attitude and it just deteriorated from there."

The attack then got "vicious", with one of the teen girls using her nails to "gauge out my eyes", he said.

"It turns out, there was two females and a male, and one of the females was very stroppy and tried to claw my eyes out.

"All three of them got involved and we had a bit of a tussle there.

"One female was definitely using her nails to try and gauge out my eyes, yes."

The man said as it was all happening, he was a bit stunned. Even more so when one of the girls attempted to spit on him with "Covid".

"What I do have a problem with is people being abusive and rude.

"This girl said that she was going to give me Covid and went to spit at me, even though she was wearing a mask I could hear her gathering the phlegm in her throat."

He said he never hit the teens but during the tussle managed to use his body weight and push them off his bus and call police. 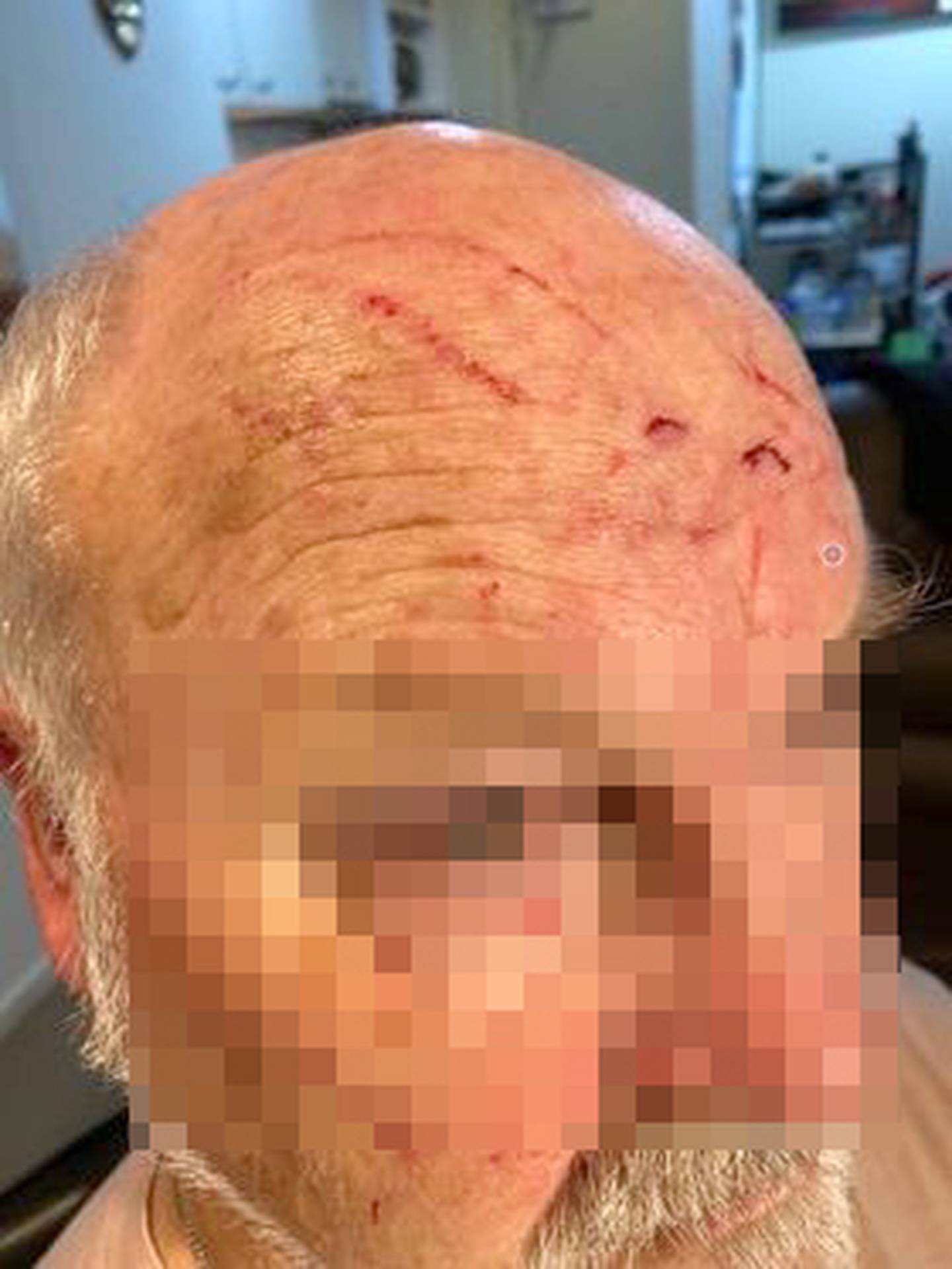 Despite the attack, the bus driver says he'll be back on the job on Wednesday. Photo / Gabi Wildbore

Officers were there and the chopper in the air within minutes of the assault happening, he said.

A police spokesperson confirmed they were contacted at 8:42pm about an assault which occurred on Railside Ave, Henderson.

"Two females and one male were apprehended by police and have been referred to Youth Aid."

Meanwhile, the man was now trying to work out how to replace his $800 glasses, which he needs for driving buses, so he can get back to work on Wednesday but he was still alarmed that people could attack someone like that.

"It's disturbing that people think they can abuse bus drivers when we are providing a service to people, and they think it's okay to be abusive and rude.

"We have a sick society, I think."

Wildbore said driving a bus was "a really dangerous occupation".

"My dad is pushing 70. He's working because he has to, not because he wants to probably, and this is not the first assault he's had driving buses in Auckland.

"People really need to know what a***holes will do during a lockdown to an older man.

"My dad's actually quite tough, he's ex police, ex army, he's done tours, he's served his country, he's not someone who would lie down and get beaten up ... but I'm pretty devastated and over it to be honest and am feeling pretty awful that I can't be there to make sure he's okay."

Stacey van der Putten, group manager of AT's Metro Services, said bus drivers were essential workers and it wasn't acceptable that anyone should be attacked while at work.

"Auckland Transport is working with our transport officers and the police to try to deter any unsocial behaviour that our drivers are being subjected to.

"We are grateful that police attended so swiftly last night.

"Our drivers are doing an amazing job under alert level 4 in keeping public transport operating to support those that need to undertake essential travel only.

"They all deserve our support and appreciation for the role they play within our community."

The company's thoughts were with the victim who was now receiving support from his employer, NZ Bus.