Destiny Church leader Brian Tamaki claims police have decided not to charge him for breaching bail after he attended a freedom protest at Auckland Domain at the weekend.

But police say no decision has been made - and an investigation is still under way.

In several videos posted on his wife's Facebook page this morning, Tamaki revealed he was to be charged for breaching bail conditions imposed on him after illegally attending and organising the first Freedom and Rights Coalition protest at the beginning of the month.

Tamaki is defending the original charges, but his bail conditions prevent him from organising or attending any protests in breach of any Covid-19 level requirement.

However, when Tamaki turned up to Auckland Central Police Station this morning, he was told to go home.

Tamaki said, on the livestreamed video, the detective had told him the Crown prosecutor had intervened and "for some reason the Crown don't want to proceed at this stage or at any stage at this time".

"That's pretty good news, but they are just pretty mindful of the large crowds on Saturday. They don't want you guys to get all upset if I did go to jail," Tamaki surmised.

Tamaki said lawyers were still going through the evidence from Saturday and were "probably going to find out how they were running things".

Earlier this morning Tamaki claimed he could be going to prison because there were claims he had breached his bail conditions by touring through the crowd and shaking hands at the second protest held at the weekend.

Tamaki rejected doing this and said when he arrived at the picnic he had been careful not to breach his conditions because his next step could mean "prison time".

About 2000 people congregated on an Auckland Domain field on Saturday. 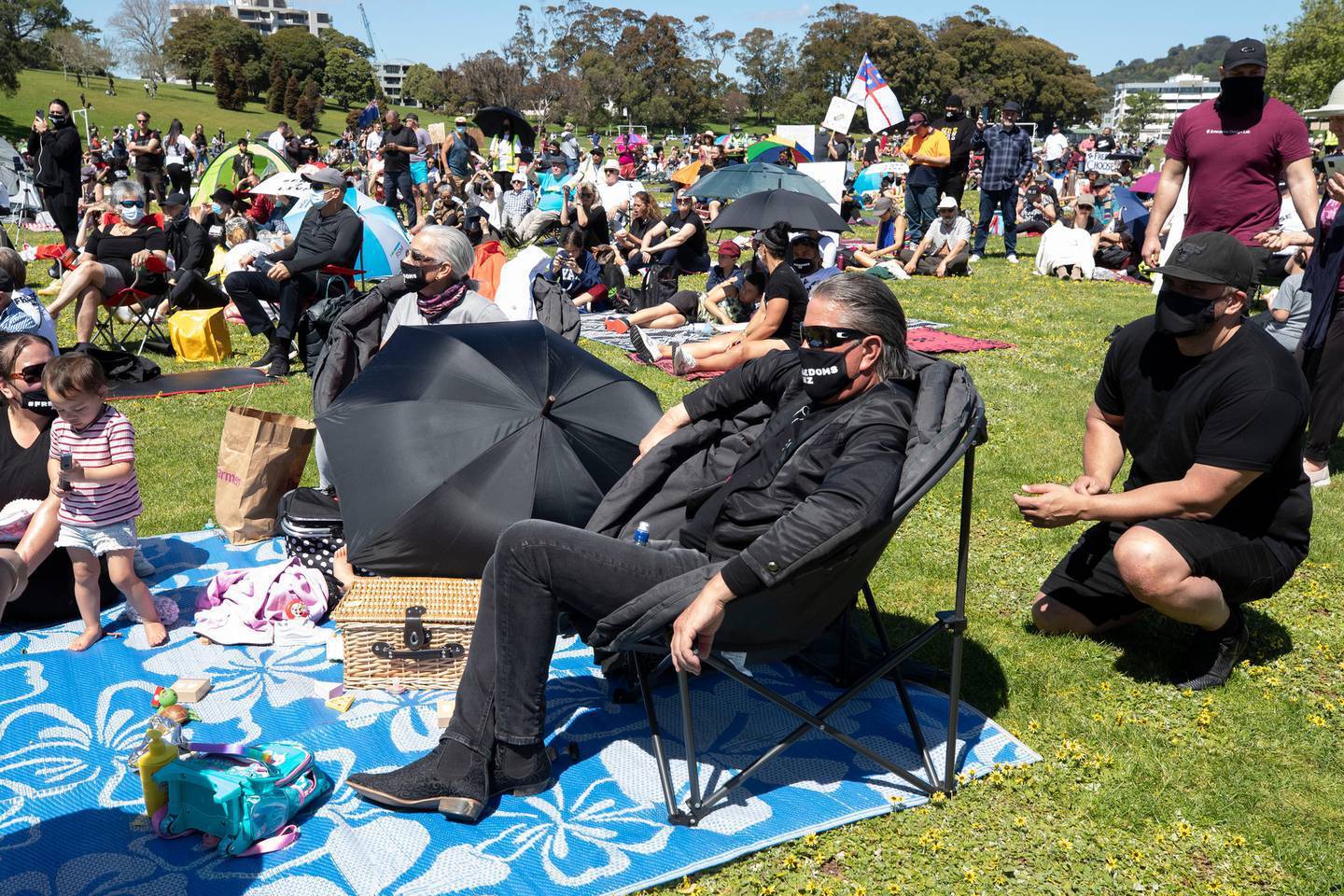 Destiny Church leader Brian Tamaki has a picnic with his family at the anti-lockdown protest at the weekend. Photo / Brett Phibbs

His wife Hannah said they even had security around them as they sat on their picnic rug in their bubble to prevent people from shaking hands with them.

"Just remember we are trying to keep my husband, your apostle out of jail and by us respecting the two metre distancing and sticking in our own bubble is a really great way of us making sure that he's there for every time he needs to stand up and be a voice," she said.

Just before presenting himself at the Police station, Tamaki said he was feeling confident and happy. "If I go into a cell I will etch my name on it and put there freedom reigns."

Tamaki claimed police had been planning to arrest him yesterday, but his lawyer intervened and said he would come in peacefully.

"I'm absolutely happy. Honestly, because I know all things work out for good for my life and my purpose and God's constructed this so why would I be afraid. He's always got reasons."

Tamaki said he would always stand for everyday rights and freedoms. He had previously described himself as not anti-vax, but pro-choice.

In a statement released after the weekend's rally, Police said they planned to prosecute a number of individual organisers.