A sentence of home detention rather than jail for the driver of a car racing another that crashed and killed four people, was "manifestly inadequate", the Court of Appeal has determined.

However the court would not impose a jail term on Dylan Cossey, who was convicted of manslaughter over the deaths in June 2016, because it was too late.

The Crown appealed Cossey's sentence of 12 months' home detention, 400 hours' community work and seven years disqualification from driving, saying the 21-year-old Te Awamutu man should have been sent to prison for his part in the crash.

Police estimated Robinson, who was three times the alcohol limit and had traces of methamphetamine and cannabis in his system, was doing up to 150km/h when he overtook Cossey on a corner and fishtailed into an oncoming van.

Robinson, 28, and his three passengers, Paul De Silva, 20, Jason Ross, 19, and Hannah Strickett-Craze, 24, were killed instantly and the driver of the plumbing van was critically injured. 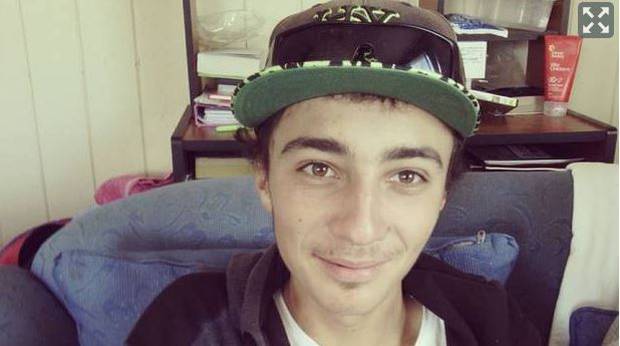 Cossey's front seat passenger Stephen Jones was heard on a video he was taking of the race to yell: "Gap it bro" and Cossey fled the scene.

Cossey was found guilty of four counts of manslaughter, one charge of racing causing injury and one charge of failing to stop and ascertain injury after an accident.

In sentencing Cossey last year, the trial judge Justice Anne Hinton said the young man was immature and naive but did not have previous convictions and had not been drinking.

She believed he was remorseful, suffered poor mental health following the crash, and partially accepted responsibility for it.

Hinton said imprisonment would not be in Cossey or the community's interest and after applying a 12 month discount for those factors to a starting point of three years' jail, Cossey was eligible for home detention.

In its appeal the Crown said by focusing on what Hinton believed was Cossey's lesser culpability compared with that of Robinson, the judge failed to confront the seriousness of Cossey's offending.

It said Cossey's sentence of imprisonment should have been at least five years, that discounts for mitigating factors was excessive and home detention should not have been available.

Jason McCormick Ross died after the car he was in crashed at high speed into an oncoming van in June 2016. Photo / File

Aggravating factors included excessive speed, racing, that Cossey was driving in breach of his restricted licence and the "unprecedented scale of death" caused by the incident and the severe injuries to the van driver.

The Crown's argument "pointed to the sentence being tailored to allow for home detention", that Cossey's mental health had improved after sentencing and that he was not involved with a programme to talk about the tragic consequences of illegal driving as the judge thought.

It asked for Cossey to now be sentenced to three and a half years' jail.

The Appeal Court said the fact four people lost their lives in the street race was, by some margin, the worst the courts had ever encountered.

"The starting point in Mr Cossey's case should have been at least five years' imprisonment," the decision, released today, said.

"On that basis... a sentence of home detention would not have been available."

It said a one-year reduction by the judge, from a three year starting point in jail to two and making Cossey eligible for home detention, was "merciful" and even "very generous".

The Appeal Court accepted the judge had listened to the trial and was well placed to make a personal and fact-specific assessment, but acknowledged the Crown's submission that the discounts were "too generous".

Hannah Leis Strickett-Craze's son must now grow up without his mother after she was killed in a crash during the illegal street race. Photo / Facebook

However, because Cossey's 12 months' home detention ends this month the Appeal Court said that would need to be factored into a sentence, reducing it to two years.

That, along with the fact he was half-way through his community work and making good progress in his rehabilitation including going back to work, and because of the time since the crash, the Court concluded it was too late to impose a custodial sentence.

"Accordingly, although we agree with the Solicitor-General that the sentence imposed by the judge was manifestly inadequate, we do not consider it appropriate to now sentence Mr Cossey to a term of imprisonment."