A supermarket in Hastings has been ram raided and alcohol stolen less than a week after a similar burglary at another Four Square.

Four Square Frimley was broken into about 5am today in what police as a "copycat" attack.

The offenders, believed to be young people, used a stolen vehicle to smash into the glass entrance before taking off with cider and wine.

The car was then dumped nearby.

Nothing was stolen in the earlier Four Square break-in but it resulted in a big clean-up job.

Four Square Frimley owner Sharan Kalkat said today's raid was captured on CCTV and the offenders initially tried to break into the store using a hammer.

When that failed, they used a car, which looked like a hatchback, to smash the glass entrance.

"They got in and grabbed a couple of boxes of cider and one bottle of wine," she said.

"They also smashed some wine on the floor."

She said it was a "big hassle" as a business owner having to clean-up and fix the damage. 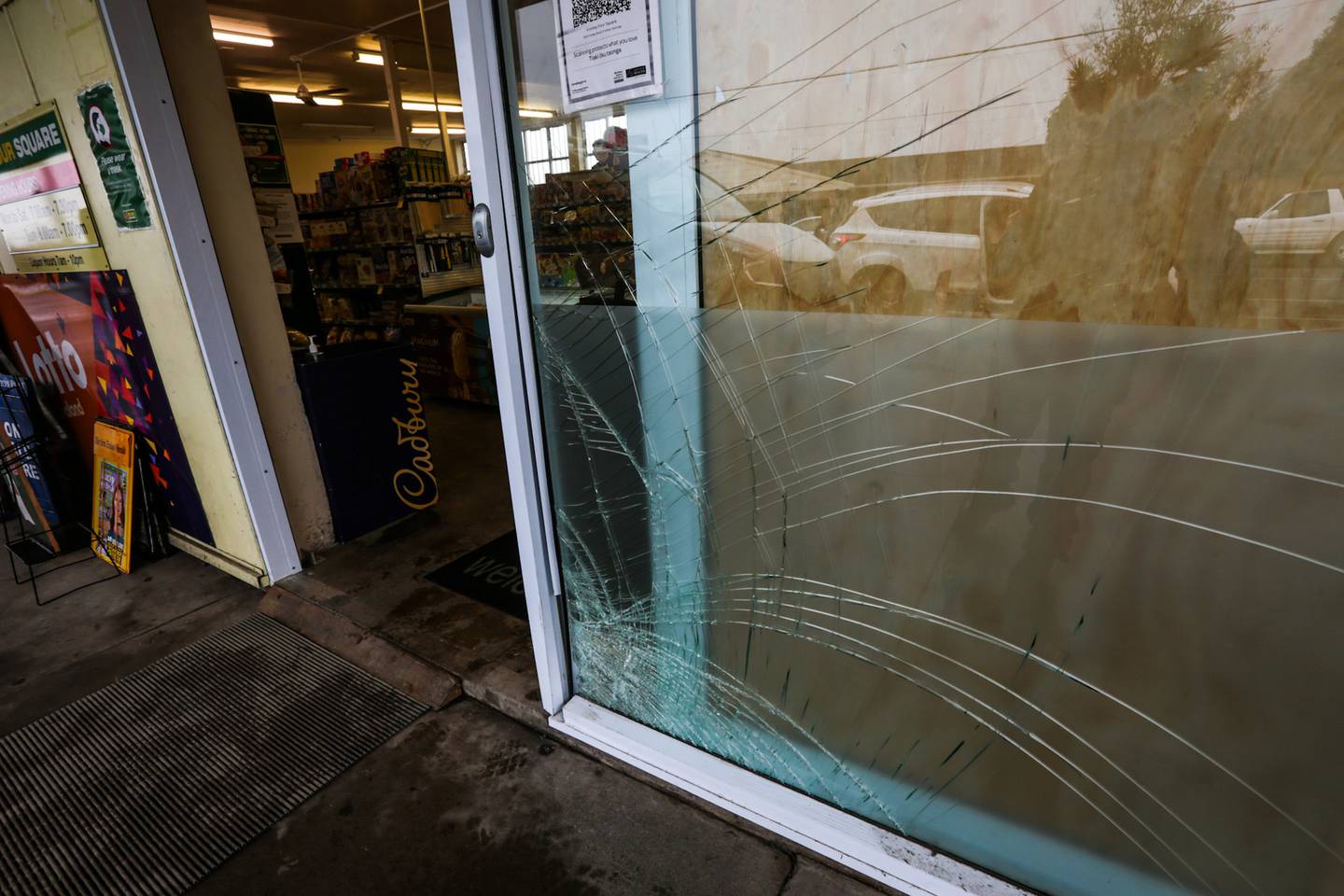 Tradespeople were at the store today helping fix the entrance, which was badly broken in one corner.

Kalkat said the store did not have an ATM on the premises and a similar ram raid at the store about a year ago had caused even worse damage to their glass entrance.

"The whole glass window fell down [last time]," she said. "We have since put up a bigger, more solid wall with thicker glass."

She added they had been broken into or had attempted break-ins three times in the past two years.

She said she would welcome more patrols in the area to help prevent break-ins.

Kalkat and her husband also own a Four Square in Hastings, which had not been ram raided.

Eastern District Police area prevention manager Inspector Martin James said this type of offence was concerning and would not be tolerated.

"While not at the level we are seeing around some parts of the country, it is certainly concerning we have copycat offending."

He said young people appeared to have been involved in the Frimley break-in, which involved a stolen vehicle.

"We would ask that all of our communities ensure they know where their rangatahi are and what they are up to.

"If they need our assistance and it's going to prevent this activity from occurring call us."

Anyone with information about the Frimley break-in can call police on 105 and quote reference number 210619/6215.

Hugo's Car Wash on Hyderabad Rd was also broken into in Napier about 3am today.

At the end of May, the Meeanee Hotel just outside of Napier was ram raided and an ATM was stolen.

Police have since arrested and charged two people over that.

Meanwhile, the manager of Four Square Ahuriri told Hawke's Bay Today last week that they had now been ram raided three times in the past three years.