Senior members of the Comancheros gang purchased a catamaran and allegedly planned to rendezvous at sea with a "mothership" bringing large shipments of illicit drugs into New Zealand.

But thanks to a major international police operation targeting global organised crime, the maritime drug runs never eventuated and the alleged masterminds are now before the courts.

The covert surveillance led to the termination of dozens of search warrants on Monday and a swathe of arrests – putting a heavy dent in the criminal drug trade here and preventing the Comancheros earning millions of dollars from narcotics.

The gang vessel was seized during the searches, along with a cache of drugs, luxury vehicles and cash.

Details of the failed drug trafficking plan emerged following the termination of Operation Trojan Shield - described as the "sting of the century" and a huge blow to New Zealand's criminal fraternity. 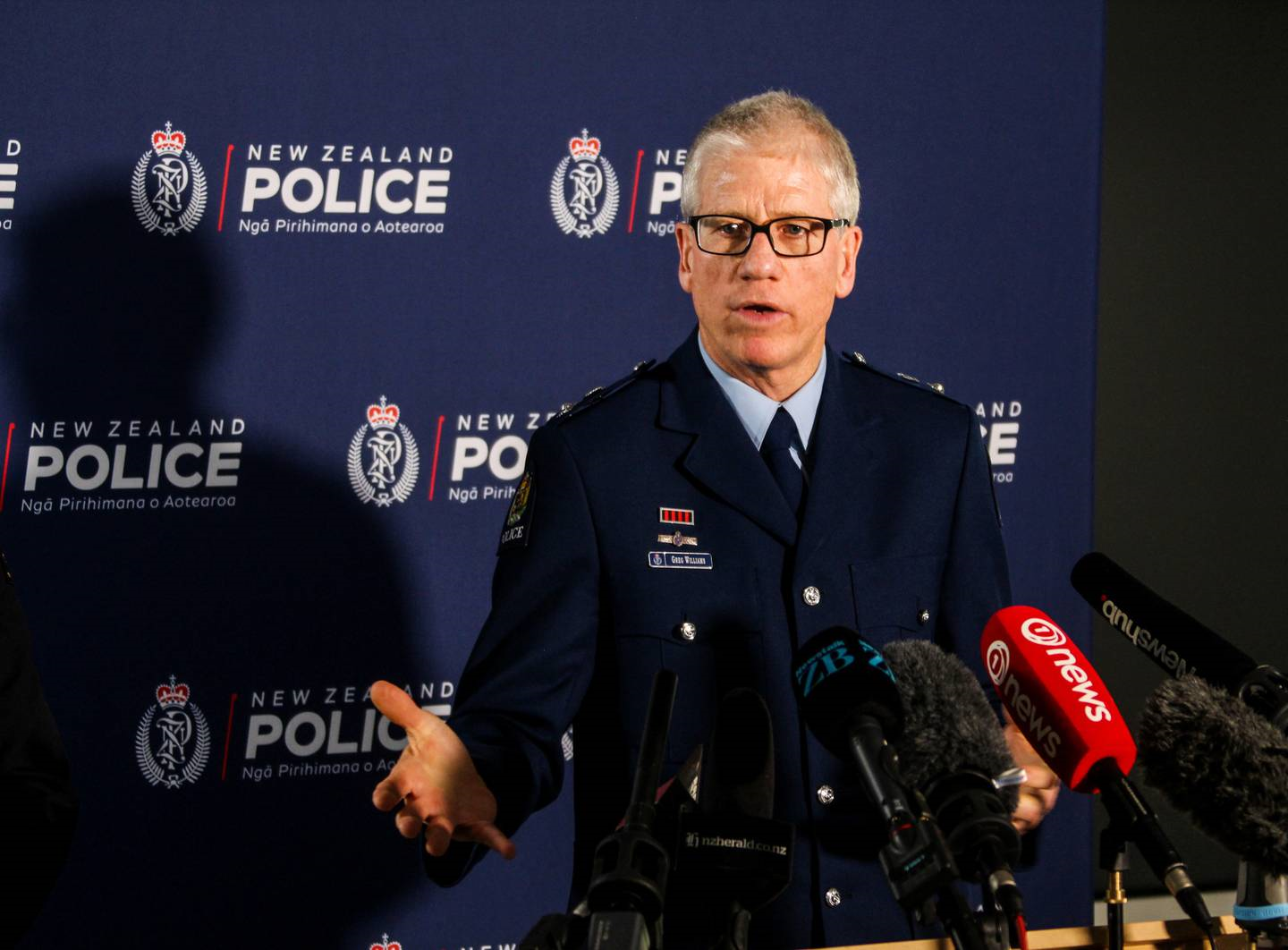 The incredible scheme - which is said to have been cooked up by an Australian Federal Police officer over beers with his mates from the FBI - has also resulted in hundreds of arrests overseas and uncovered 21 murder plots.

It is being credited with catching underworld figures, mafia personalities and terror suspects planning not only major drug imports but cold blooded executions.

Led by the FBI, and co-ordinated with the US Drug Enforcement Agency, Australian Federal Police, Europol and other law enforcement partners from more than a dozen countries, the covert operation involved investigators infiltrating encrypted devices used by transnational criminals. Armed police during a raid on a property at Pt England on Monday night. (Photo / Hayden Woodward)

Senior members of the Comancheros in Waikato, Waikato Mongrel Mob and the Head Hunters were among those arrested.

"It's a great day for New Zealand," Williams told the Herald.

"We believe the termination of these operations will have a significant impact on New Zealand's organised crime scene."

Williams said $3.7m in assets had been seized, along with 20 ounces of methamphetamine, large bags of cannabis, multiple kilograms of iodine, four firearms, 14 vehicles, including two marine vessels, mobile phones and more than $1m in cash. As well as 20 ounces of methamphetamine, large bags of cannabis, multiple kilograms of iodine and an estimated $1 million in cash was seized. (Photo / NZ Police)

Nearly 9kg of meth had also been seized at the border during the course of investigations linked to the joint operation.

So how did they do it?

Fronting media in Auckland, Williams said the FBI had recently dismantled several encrypted platforms which criminals used to communicate, including Canadian-based Phantom Secure in 2018 and Sky Global earlier this year.

For more than 18 months, Anom's criminal users unknowingly communicated on the system operated by FBI agents.

"The users believed their Anom devices were protected from law enforcement by the shield of impenetrable encryption." New Zealand Police say they have dealt a "huge blow" to organised crime after a major transnational sting resulted in 35 arrests and $3.7 million in assets seized. (Photo / NZ Police)

New Zealand Police began working with the FBI on the operation in January 2020 to monitor the communications of platform users here in New Zealand.

Information between the agencies led to the commencement of two local operations targeting drug and money-laundering offences. One of the 14 vehicles seized. (Photo / NZ Police)

One of the operations - dubbed Operation Van - specifically targeted the transnational organised crime group linked to the Comancheros.

Williams said the group had planned to import "huge quantities" of meth and cocaine into New Zealand on a mothership, which would be met by smaller craft at sea and the drugs ferried back to shore for distribution.

"This shipment never made it to New Zealand."

The Comancheros purchased a catamaran to carry out the offshore marine rendezvous.

But intelligence information gleaned from the police operation revealed the plan to investigators and police swooped.

The catamaran was seized in Tauranga, where it remains in police custody.

Members of the Comancheros linked to the alleged conspiracy are among those arrested this week. 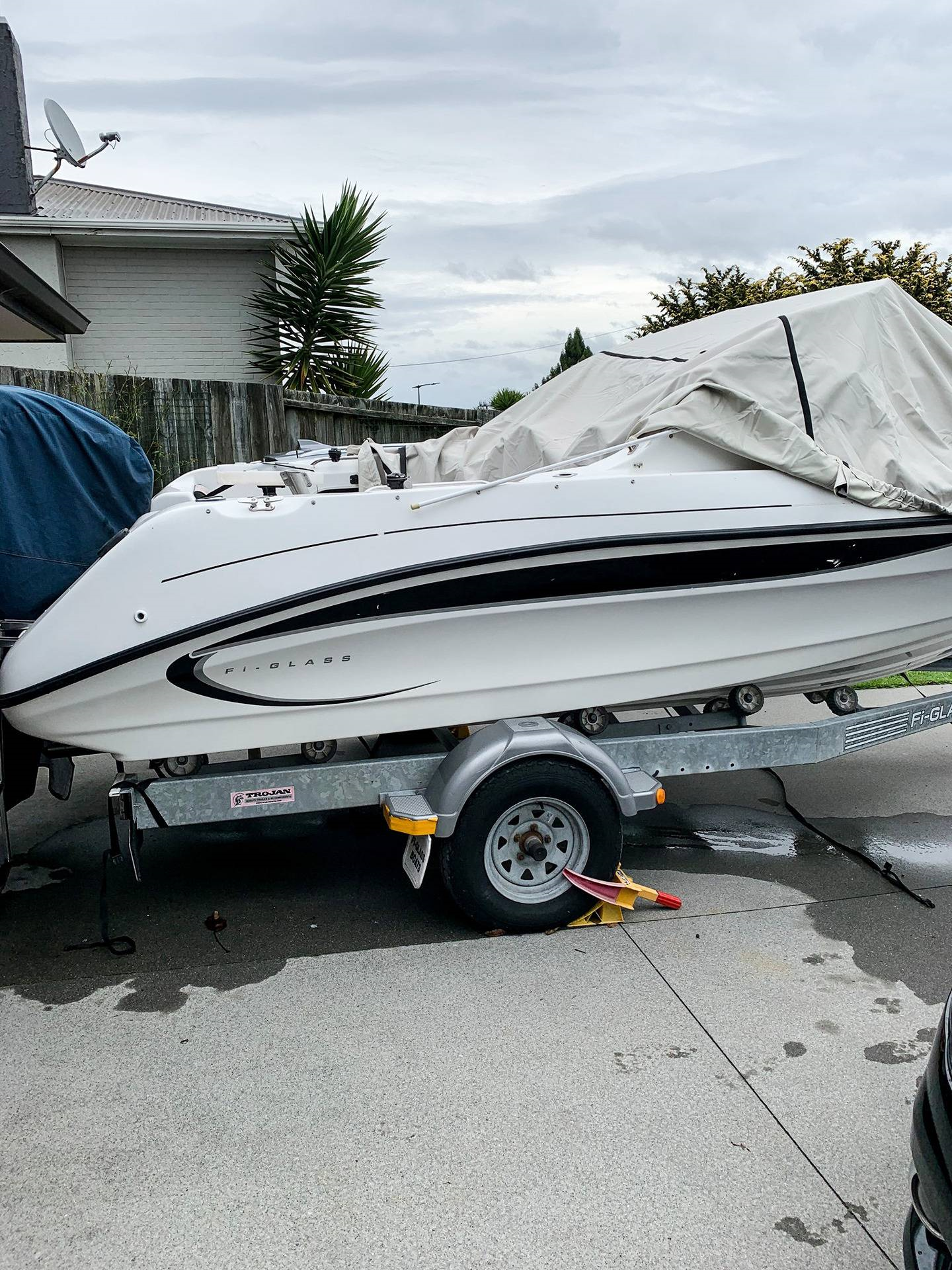 Another operation spawned out of Trojan Shield was Operation Equinox, which targeted member of Waikato Comancheros and Waikato Mongrel Mob Kingdom.

The gang members are alleged to have worked with offshore criminal entities to import large quantities of methamphetamine and MDMA which was distributed across New Zealand.

In the past three years, New Zealand Police had identified up to 20 organised crime groups committing offences across international borders, Williams said.

The successful culmination of the investigations this week had caused significant disruption to organised criminal syndicates both here and overseas.

"It takes years to build these networks. Large-scale operations of this nature create enormous disruption and paranoia within organised crime groups because it breaks down their communication channels that they use to evade law enforcement detection."

An FBI spokesperson said the operation highlighted how global law enforcement agencies could successfully combat transnational organised crime and drug trafficking, even against those who attempted to hide behind encrypted communication platforms.

Police Commissioner Andrew Coster said Operation Trojan Shield would have an unprecedented impact on organised crime syndicates across the globe.

It reiterated the importance of transnational law enforcement partnerships "to dismantle organised crime groups and the enormous harm they cause to our communities".

The fact they were duped into thinking a network was secure would send a message to others, he said. 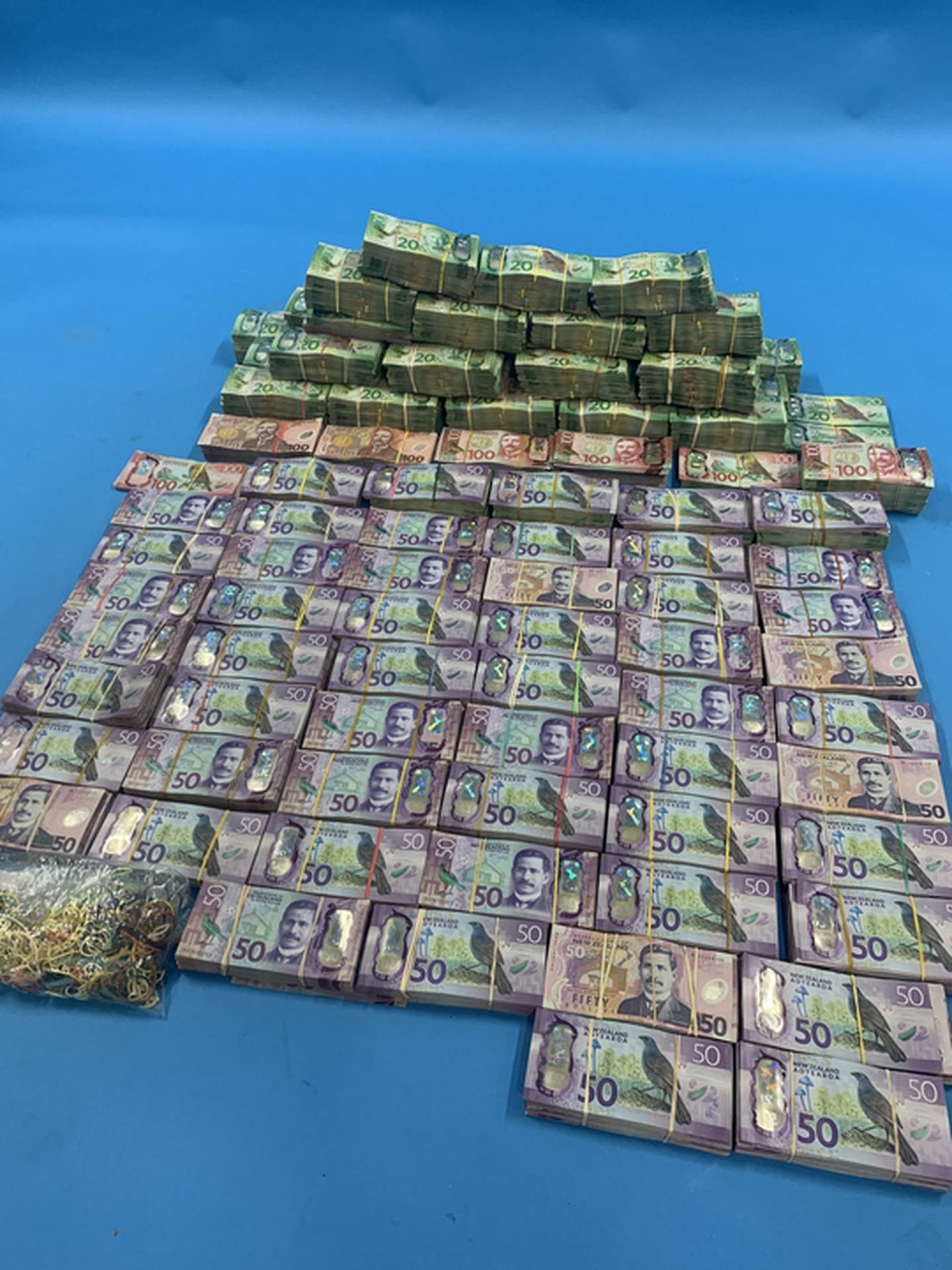 "There will be a lot of organised criminals looking at how they're communicating over devices and wondering if they're next."

Successful police operations like Trojan Shield also ensured organised crime groups "don't gain an asset base which they can use to corrupt government officials or port or airline workers, which can make their operations easier to undertake".

At least one major gang hit back at police yesterday - labelling the operation a smear campaign.

Waikato Mongrel Mob's public relations liaison, Lou Hutchinson, took to Twitter to say: "Lol do you seriously believe all the bullsh*t spin about the Waikato Mongrel Mob Kingdom [sic] this is a total smear campaign driven by the NZ Police, politicians and mainstream media!"