When Juliana Herrera left Colombia a decade ago, she was looking for a safer, calmer life.

Her home city was rife with assaults, robberies, violent crime and she wanted a future free from danger.

She chose Christchurch and, for 10 years her dream came true – she was happy, secure, not scared or worried about her environment.

But in January her safe, calm life was taken from her when she was killed in her own home.

Today, her family speak exclusively to the Herald – through her sister Saray Bonilla – about their loss and their desperate hope for justice.

On Sunday, January 23, Herrera's friends found her dead in the bedroom of her flat on Grove Rd in Addington.

They called police, and soon after a homicide investigation began.

It is understood Herrera was violently attacked by a man – someone she likely knew – and stabbed while she was in her bed.

It's thought Herrera had been asleep when the alleged offender entered her flat.

A 35-year-old man has been charged with murdering Juliana on January 21 or 22.

Suppression orders prevent the Herald from publishing any further information about the murder accused.

But the details of Herrera's life can be shared – and her family want her to be remembered and for her story to be told.

"Juliana was a woman with a great heart – always looking after her mum and very proud to be an aunty," Bonilla said. 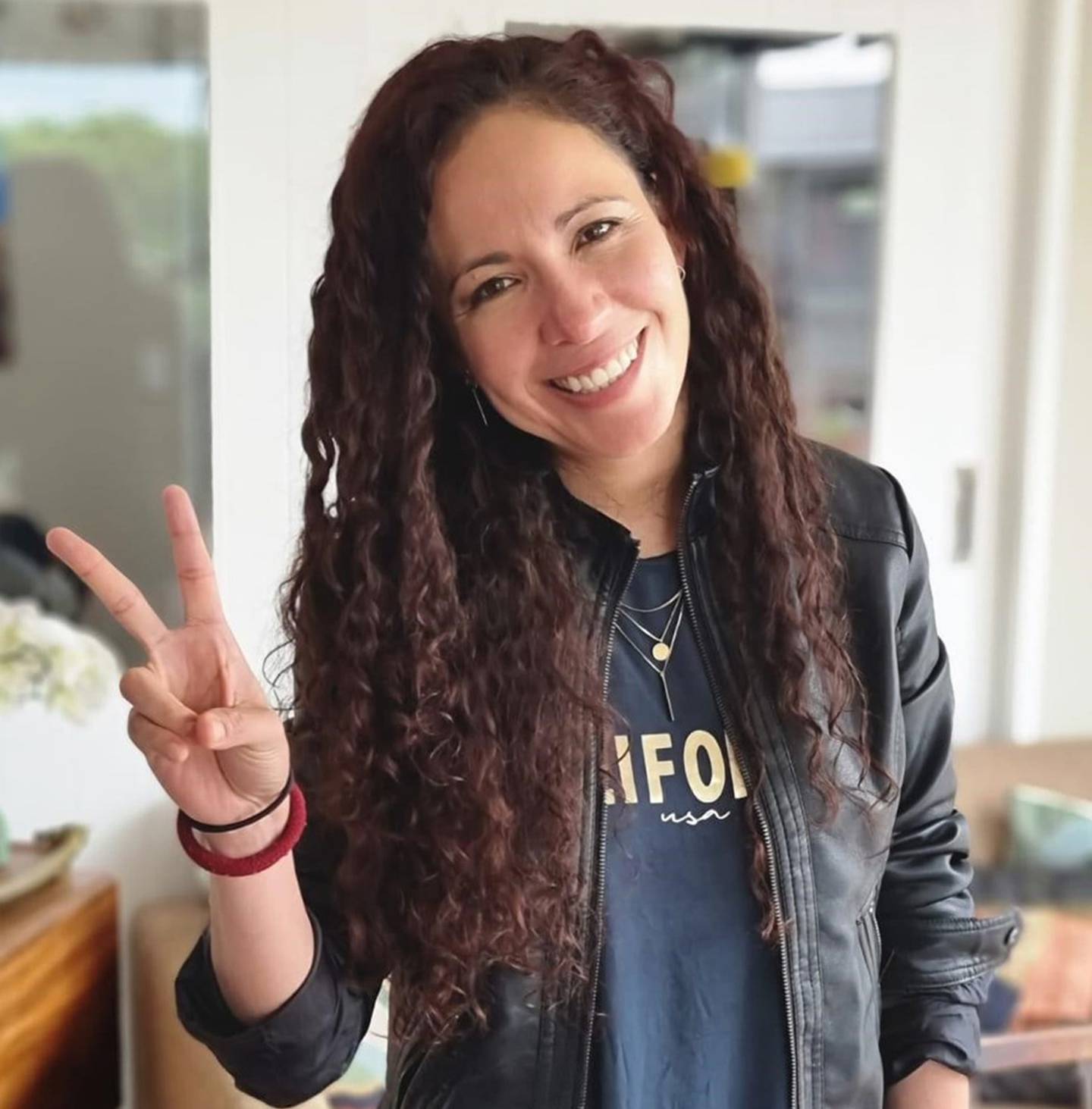 Juliana Herrera had moved to Christchurch from Colombia a decade ago. Photo / Supplied

"It didn't matter how her mood was, she always gave people a big smile.

"Juliana was a gentle, considerate and kind person. She could seem introverted and reserved, but once you got to know her, you realised she was very cheerful and kind-hearted.

"She was always willing to help. Her love filled our hearts."

She was genuine, extremely trusting and caring.

And she was always looking for ways to better herself and her life.

"She always found ways to lift herself and keep going," Bonilla said.

"She was in a moment of her life where she wanted to grow in all aspects, she was studying personal finance, she read authors who inspired her to have a better relationship with herself, she was exercising.

"She was working towards a strong mind, body and spirit. She was very competitive and constantly challenging herself."

Herrera worked for a Christchurch marketing and strategy company and was passionate about 3D animation.

After she died, a manager described her as a talented, bright and willing "dear friend and colleague".

"She was a very professional and dedicated person, she worried about achieving and contributing with her team," Bonilla told the Herald.

"She was a great support and a mentor to her friends and workmates."

From a young age Herrera had a love of Disney and her dream, according to her family, was to be part of a team where she could animate a character.

"Since little, she was interested in drawing and painting and later, when she started watching animated films, she got really motivated in studying design and 3D animation," Bonilla explained. The scene of the alleged crime in January soon after Juliana's body was found. Photo / Hamish Clark

It was that study that led Herrera to leave Colombia and start a new life in Christchurch.

"She said that New Zealand was one of the best places to study 3D animation and that motivated her a lot to move there," Bonilla said.

"The second reason [she moved to Christchurch] was that in Colombia she was not calm about the security.

"In the city where she lived before moving, robbery and assault rates were high, so she wanted to live in a quieter city."

Herrera found the "calm, safe new life" she yearned for and with no plans to return to Colombia, she became a New Zealand citizen

She made many friends and the "very active and sporty" woman spent a lot of time outdoors.

"Since she was little, she always liked to practice a sport, but when she started university, she paused it and was able to get back to it again in New Zealand," her sister said.

"Every day she went running and every week she rode kilometres on a bicycle, which had become one of her great passions.

"She even went to play soccer in spite of not liking it very much, she did it just to spend more time with her friends and share with them."

Bonilla last spoke to Herrera in mid-January, not long before she was killed.

"Juliana was very happy and motivated to start the year," Bonilla said.

"Also, because she [was going to] travel to Colombia on vacation to visit family. As the pandemic had postponed this plan, she was happy and in high spirits."

Family members tried to phone Herrera the weekend she was allegedly murdered but their calls went unanswered.

"We did not suspect anything wrong. On the contrary, we were confident that she was fine," Bonilla recalled.

"When she did not answer her cellphone, we knew it was because she was riding a bicycle or doing some other activity."

Soon the family were given the worst news they could imagine.

Herrera was dead – she had been killed – a man had allegedly murdered her.

The man charged with Herrera's death appeared for the first time in the Christchurch District Court on January 25.

He was remanded in custody until his next appearance in the High Court at Christchurch on February 18.

Bonilla and her mother travelled to New Zealand for that court appearance – and to take their beloved sister and daughter home to her final resting place.

Sitting in the courtroom that day, flanked by police officers who worked on Herrera's case, they saw the face of the man allegedly responsible for her brutal death.

"There are many feelings – anger, fear, frustration, misunderstanding – because it is not fair for one person to [allegedly] take another person's life," Bonilla told the Herald.

"This should be severely punished no matter what … sentences must be strict.

"We know the team of police and investigators who are working on Juliana's case and we feel supported and safe with them - we know and trust that they are working very hard for justice to be done." Juliana's family have spoken out after travelling to New Zealand to face her alleged killer in court. Photo / Supplied

Bonilla said talking about her slain sister was "really hard".

"It has been one of the most difficult moments of our lives," she said.

"But we have had the love and support of our family and especially all the friends that Juliana had in New Zealand [and] having all this love and support has lifted many burdens and has helped us a lot to get through this process.

"We are very grateful to everybody who in some way showed their love and respect for Juliana and our family – it was really amazing seeing the solidarity and kindness of so many people; I think it's just a small reflection of how great Juliana's heart and soul was."

A special mass will be held for Herrera and her family will then scatter her ashes in a river that passes through the town where she grew up - a place her sister said she "lived beautiful experiences".

Herrera was a huge presence in her family, even living so far from them.

"She was very attentive with our mother, she liked to surprise with gifts without it being a special occasion," Bonilla recalled fondly.

"She also liked to listen to our stories and she advised us if we had problems; she liked to make us laugh and we also laughed at silly things we told each other.

"Her laugh was very contagious."

When asked what Bonilla would miss most about her sister she said "everything".

"Her way of being, her kindness, her nobility, her tenacity," she said.

"Her tenderness and her compassion for people, even without knowing them.

"She was our grounding pole." Juliana was subjected to a violent attack and was found by friends. Photo / Hamish Clark

Bonilla wanted people to remember her sister for who she was - not how she died.

"Juliana must be remembered as a warrior, a strong woman … who did not give up despite adversity, happy and smiling, motivated by the future," she said.

"To those who had the privilege of knowing her, may they always remember her big and beautiful smile, her courtesy and kindness, her tenacity and all the love and affection she gave them.

"For her family and friends, she is a guide and an inspiration to continue being a better person.

"Although her physical presence was taken away from us, absolutely no one will take away the memory of her and the beautiful memories we created in our hearts.

The Herrera family wanted to thank the police and prosecution teams working on her case.

They also wanted to thank everyone who supported them - from Herrera's friends and colleagues in New Zealand to those who donated more than $35,000 through a Givealittle fundraising page to help them return the 37-year-old to Colombia.

"We feel that we gained a great family in New Zealand," Bonilla said.

"Thank you all very much from the bottom of our hearts. Without a doubt, we know that all the love we received will be rewarded with great blessings for all."