The High Court has found that Colin Craig did sexually harass his former press secretary Rachel MacGregor - and that the ex political aspirant suggested she was a liar.

But it has also ruled the former Conservative Party leader was not a bad employer, and that he had not been abusive to other women — at least not in the ways suggested by MacGregor.

The decision is the latest in a string of cases between the pair. 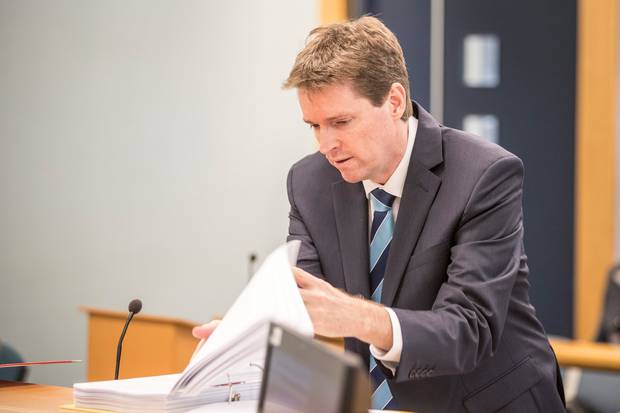 The court described the case as "another part of the defamation proceedings that are the fall out from the collapse of the Conservative Party following the 2014 election".

"The collapse was coupled with allegations about a relationship between Mr Craig, the leader of the party, and Ms MacGregor, his press secretary," said Justice Anne Hinton in the decision released today.

"This proceeding is directly between those two parties.

"Mr Craig and Ms MacGregor are suing each other for various statements each made about the other.

"Broadly, Ms MacGregor sues Mr Craig for suggesting she made false claims he sexually harassed her, that she was a liar, that she had acted inappropriately, and that she had no capability to manage her finances.

"Mr Craig sues Ms MacGregor for suggesting he sexually harassed her, that he was a bad employer, that he had lied, and that he had been abusive to other women.

"Broadly put, the Court holds that Mr Craig did sexually harass Ms MacGregor, that he did suggest she was a liar, and that he lied when he suggested the claims were false.

"The Court finds it was at least substantially true that Ms MacGregor had no capability to manage her finances at the relevant time. In the result, both parties have succeeded in some of their claims, but failed in others." 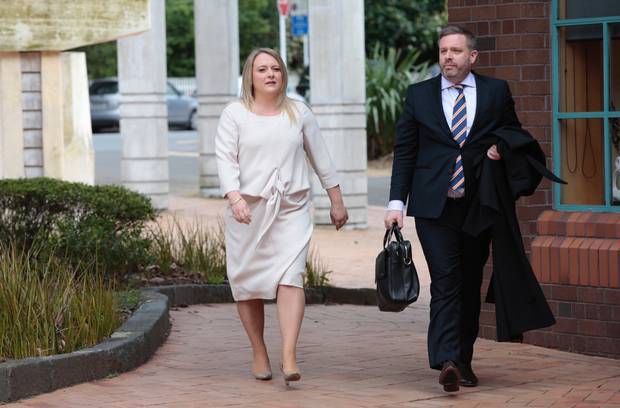 MacGregor sent a statement to the Herald following this morning's decision.

She said she welcomed the ruling.

"The key issue on which all the various litigation has been based is the question, did Colin Craig sexually harass Rachel," the statement read.

"That question has been answered — he did.

"Justice Hinton has found that Colin Craig sexually harassed her from 2012 onwards for a period of 2.5 years.

MacGregor was pleased Justice Hinton had acknowledged that Craig's actions were inappropriate.

"The judgement found the harassment was unwelcome and not encouraged or reciprocated," she said.

"The court found that Mr Craig's sexual conduct had a detrimental effect.

"This decision is the third (in court) to find that Mr Craig sexually harassed me.

"It's a relief to have the courts confirm that when I filed my complaint I did so truthfully."
MacGregor said it was her "strong wish"that Craig did not appeal today's decision.

"And that he finally leaves me alone to get on with my life," she said.

"After all this time, and all this litigation, I just want this awful ordeal to be finally over."

Craig also issued a statement, focussing on a different angle of the decision.

He said the decision showed MacGregor had "defamed"him.

"In a judgment out today, the High Court has found that Rachel MacGregor was not truthful in things she said about Colin Craig, and had defamed him in making a number of false statements," he said in his statement.

"These were very serious and damaging claims, which have all been shown to be false," he said.

"Obviously I am pleased that the judgment does set the record straight on those matters.

"I will continue to attempt to get the record straightened on all claims made against me, because the public deserve to know the truth."

"I have not sought any damages from Ms MacGregor. This was simply about getting to the truth."

MacGregor said filing the sexual harrassment complaint was "very difficult". But she hoped her story would help others.

"At the very least, I hope that New Zealand can eventually progress to being a place where any victim can know that if they do raise an alarm, good systems are in place so that they can be listened to in confidence, and that they won't be re-traumatised by the experience," she said.

"What started as a traumatic experience in itself, with sexual harassment, has been very much magnified by the years of legal actions. It's turned into a new form of harassment that has lasted longer and been more painful than I could have ever imagined."

MacGregor's legal battle was funded in part by a Givealittle page.

"I want to send a deep thank you to everyone who has made a contribution so far," she said.

"Seeing how generous Kiwis decided to be is really humbling.

"It's given me a great deal of strength knowing that there are some people out there who can really see the injustice of the situation and are willing to do something to try to stop it.

"I can only hope that this case prevents other cases like it in the future."