A Christchurch man and his family are scared and angry after a Facebook marketplace deal turned sour and they were allegedly threatened with a knife.

Antony (who didn't want to give full name) told the Herald he listed the brand new iPhone 13 pro and received a Facebook message asking if it was still available the next morning.

They arranged a time for them to pick up the item from his house later that day.

A girl and boy arrived at his door, Antony said they looked about 15 or 16.

They asked to look at the phone but he would not hand it over before receiving payment.

The girl said she would go back to their car to get the money while the boy remained, Antony said.

"The boy was standing close to me and he said bro, I'm taking this phone.

"I grabbed his hand and that's when he took a knife from his waist pocket. It would've been around 30cm long."

After a scuffle, Antony managed to get hold of the boy's other hand that was holding the knife.

Footage from Antony's security camera on the outside of his house. Photo / Supplied

Antony said he saw his wife with their two young sons at the door watching what was happening.

"My wife was screaming. The whole thing happened right in front of them."

His wife yelled at him to let the boy go so he did and the pair quickly ran off with the iPhone.

Antony said he was shocked the attack happened at 3pm in the driveway of his property.

"It is so scary to think how confident they are to commit a crime in the daylight at a busy time."

After contacting police, he noticed a new listing on Facebook marketplace for the exact same phone that had been stolen 15 minutes earlier.

"I knew it was mine because it was 250gb, which is pretty uncommon in new Zealand and was posted so quickly afterwards." 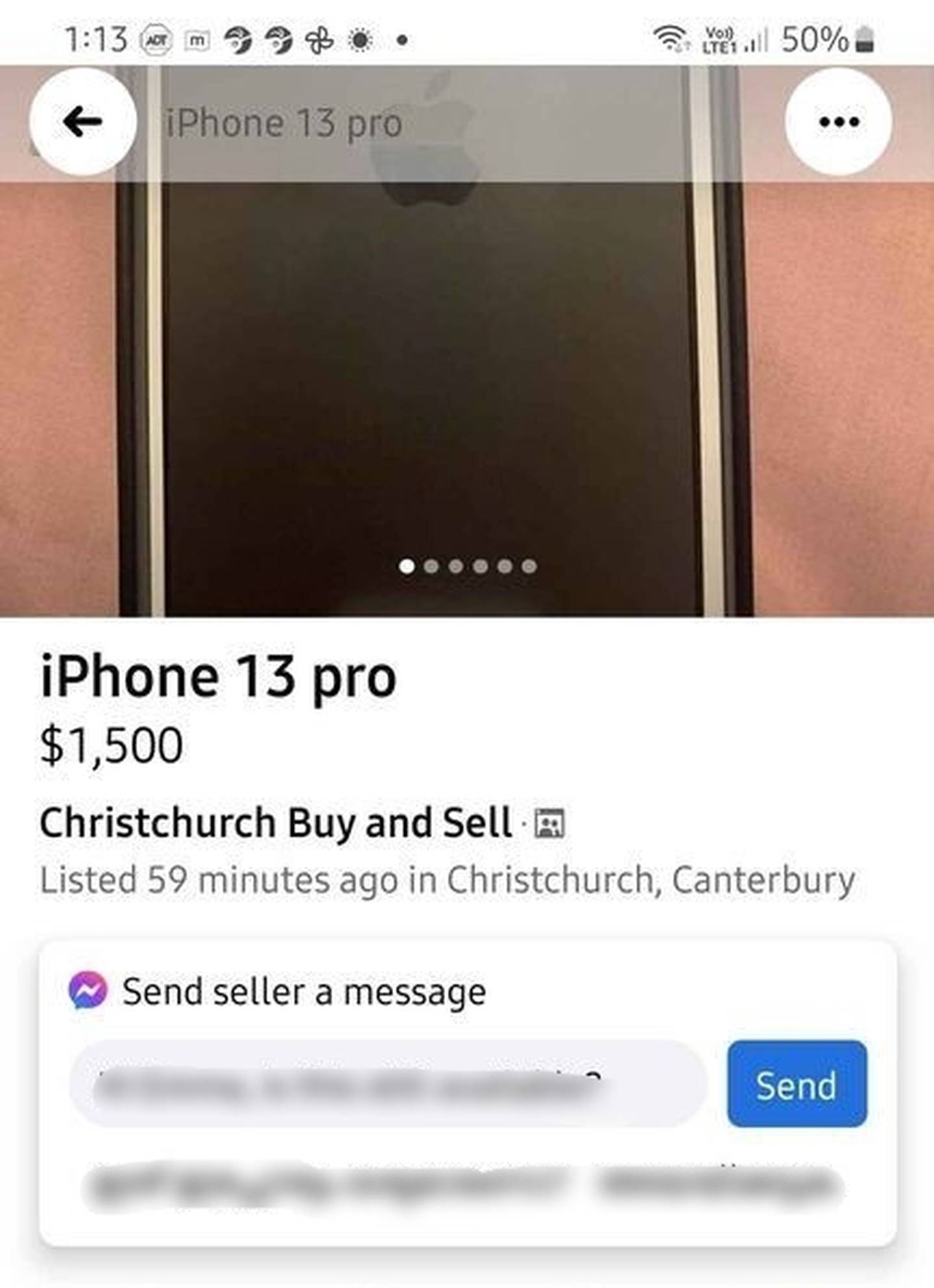 Antony asked his friend to contact the seller to try and get information to give to police, he said.

They provided the serial number, which showed it was the phone that belonged to Antony.

"It makes me angry. These teenagers could do anything. Luckily we were safe this time but if it was a smaller person they could have died."

After posting the story on Facebook, Antony said he was contacted by the father of the boy.

"He apologised and said police would catch him."

It was frustrating, Antony said, as it was not the first time something like this had happened to him.

He said he has had a bike stolen twice, been scammed twice, and lost $20,000 in items after a burglary at his previous house a year and a half ago.

Police have arrested a 15-year-old girl in relation to the incident and she has been charged with theft and aggravated assault. She will next appear in the Christchurch Youth Court on May 17.