A Christchurch service station is the scene of an early morning burglary.

Police were called to the incident at the Bishopdale Caltex on Harewood Rd at about 3.20am, and are investigating it as a possible ram raid.

But manager Akash Sharma said a car pulled up at the front doors, before someone used a hammer to smash their way in.

He said the glass door shattered and the thieves pocketed lollies before the store security system kicked in.

No cigarettes or cash was taken, he said.

Liam Bainbridge told the Herald the car involved was stolen from his friend.

It was later found at a preschool. It had been ransacked with the ignition barrel broken and $80 worth of petrol had been run dry.

The glass from the doors at the Caltex was found on the bonnet and front window of the car, he said.

It follows a ram-raid at a convenience store in Christchurch yesterday. 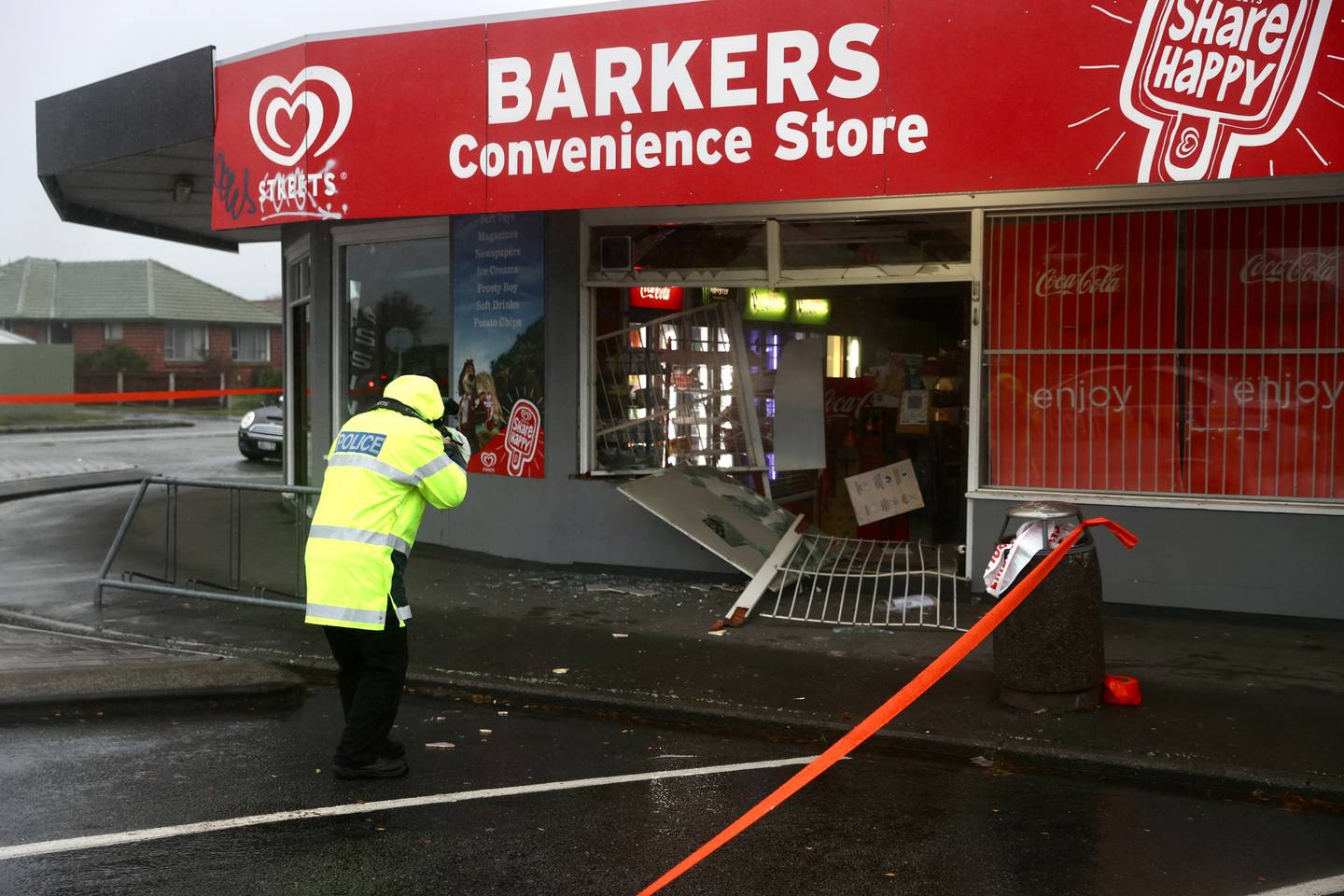 A Christchurch service station is the scene of an early morning burglary. Photo / George Heard

The front doors of Barkers' Convenience Store in Hornby were pushed into the shop by a vehicle.

Police say they received a report of a burglary on Witham St at about 5.30am.

Inquiries into the incident are ongoing.

The glass shattered it was on the floor.