Police remain at the scene of a Christchurch house where a man and woman were found dead at the weekend.

And it can now be confirmed that the pair are a mother and son and the case has been referred to the Coroner.

A post-mortem examination will be carried out today to try and establish their cause of death - and when they died.

Police were called to the house on the corner of Mona Vale Ave and Ayr St just before 6pm on Saturday.

They had been asked to do a welfare check on the occupants.

Police confirmed last night they were not seeking anyone else in connection with the two deaths.

They will not be drawn on the identity of the victims, saying a formal identification process had to be completed before they would release any further information.

Specialist police including forensic teams are at the scene and investigators are speaking to neighbours and those close to the victims as they try to piece together what happened in the house.

Officers in boiler suits could be seen walking in and out of the property this morning carrying evidence bags.

The curtains in the house - enveloped in overgrown ivy - are pulled and just two windows are slightly ajar.

Flies can be seen on curtain backs in the interior of some second-level windows not engulfed by the smothering plants. 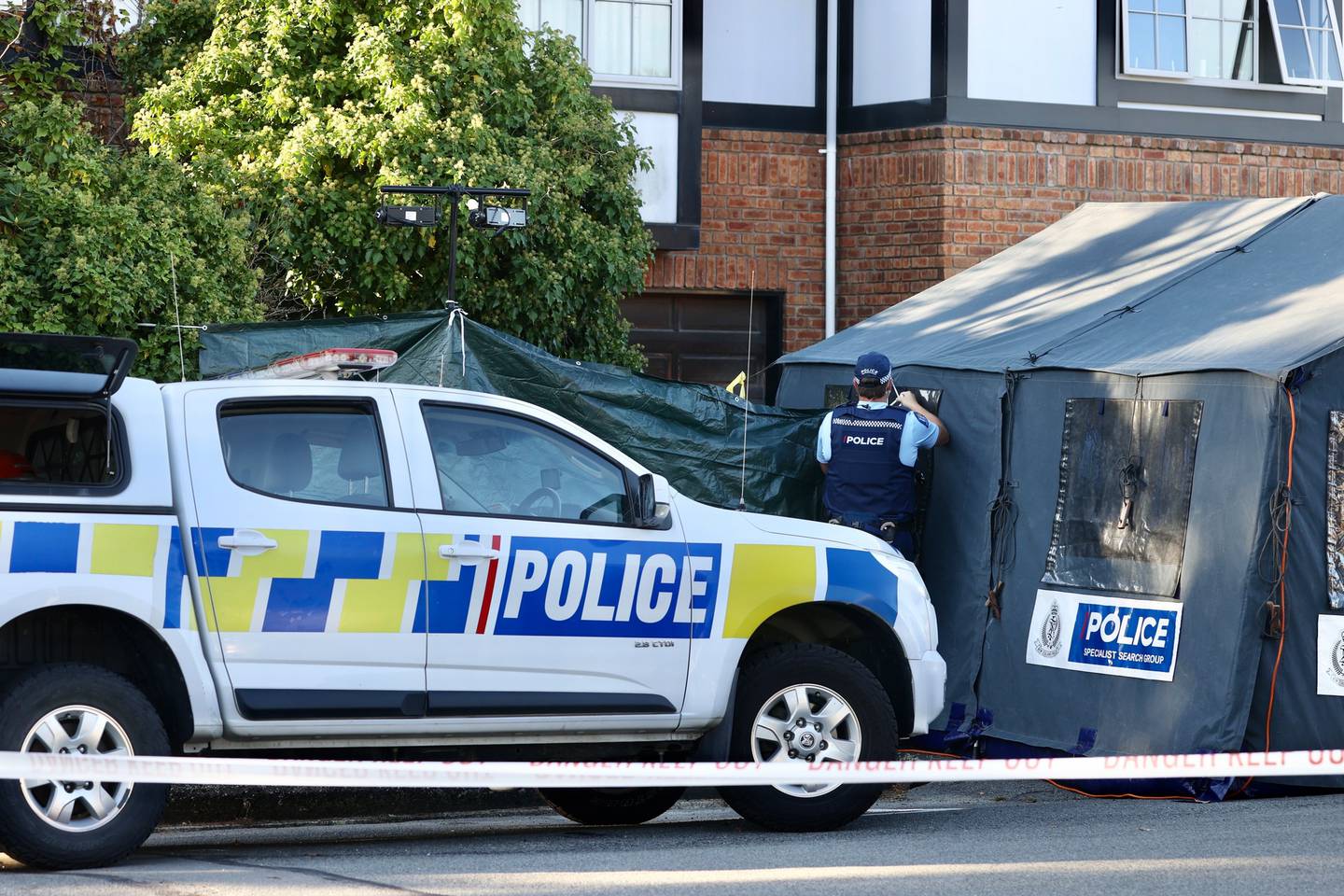 Police at the scene of the double death in Christchurch. Photo / George Heard

One woman told police: "I always thought this was a haunted house", given the state of disrepair.

Yesterday, a neighbour told the Herald they had not seen anyone at the property since the current owner moved into the neighbourhood last October.

A woman who lived several houses down from the scene said she heard police arrive last night and suspected something like this might have happened.

"The way the police were acting I guessed something like this had happened, but I hoped it hadn't," she said.

She said she only vaguely knew the people who lived in the house.