Specialist police teams have finished examining a Christchurch house where a pensioner and her son were found dead at the weekend.

Beverley Joan Mcilraith, in her 80s, and her son Nick Myles Mcilraith were found in separate rooms of the Riccarton house on Saturday by police who went to the address to carry out a welfare check.

A member of their family raised the alarm after the pair could not be contacted.

It is understood police believe Nick Mcilraith killed his mother and then took his own life.

The police investigation is ongoing and few details about what happened in the house have been released.

The bodies of the mother and son – in his 40s – are still being formally identified.

Their deaths have been referred to the Coroner and a police homicide investigation is ongoing. 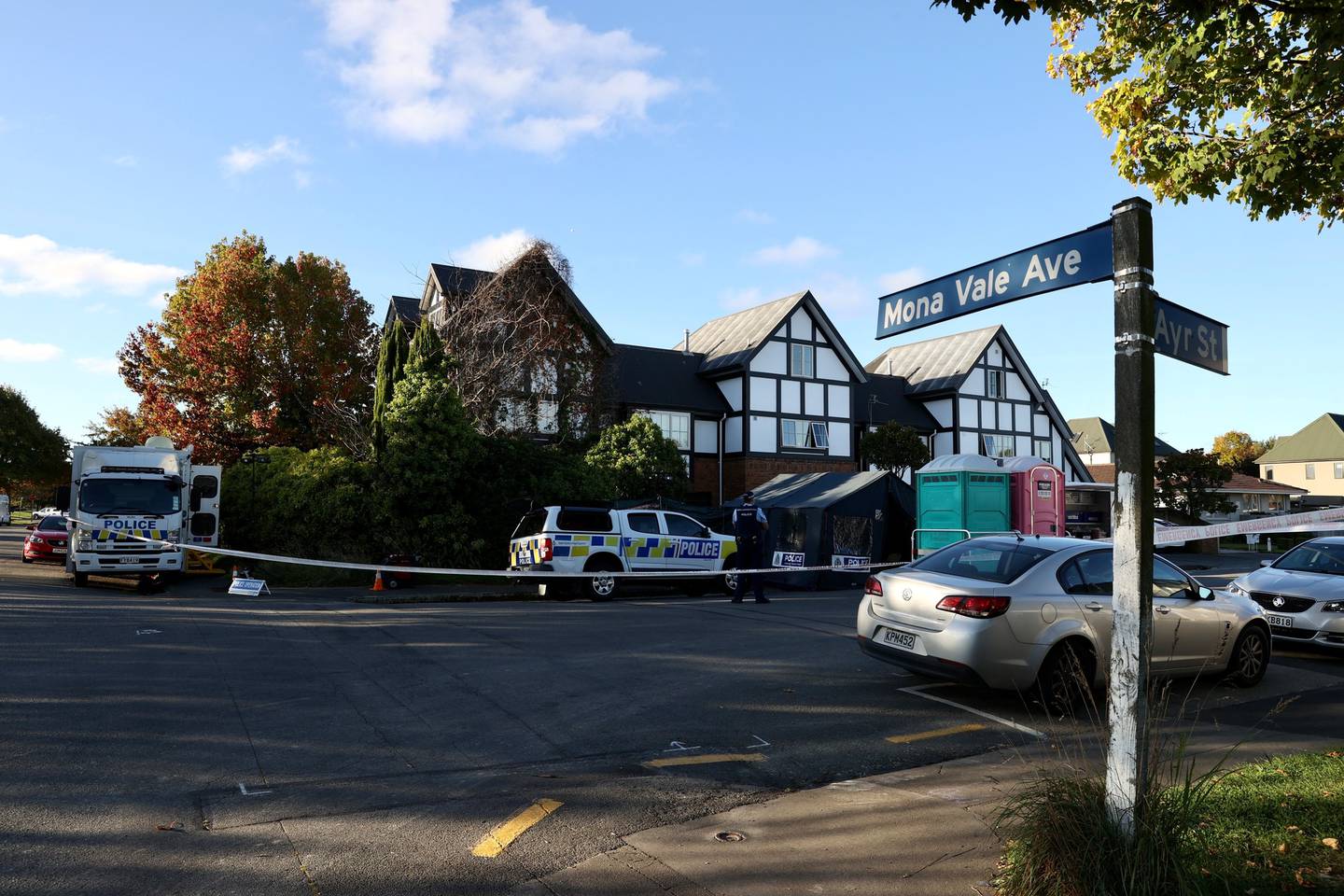 The scene at Ayr Street, Riccarton where two people were found dead at the weekend. Photo / George Heard

The house – on the corner of Ayr St and Mona Vale Ave – was cordoned off on Saturday night and since then police have been highly visible in the area.

A mobile policing unit was parked on the street and a tent and trailer set up for the specialist forensic team who examined the three-storey home.

Sources say the bodies were found in bedrooms on different levels of the home.

They were there for "a number of days" before they were found – possibly a week or two at most, police say.

This morning all police vehicles, tents, screens and officer were gone with only a security contractor remaining at the house.

An OCS cleaning company van was backed into the driveway and staff were inside the house.

It had been mostly closed up with curtains drawn and only two windows slightly ajar. Police at the scene of the double death in Christchurch. Photo / George Heard

However today more windows were open as cleaners worked.

The Mcilraith family were not ready to speak about the tragedy.

Beverley Mcilraith is listed in public records as being retired and Nick Mcilraith as a part-time worker.

Yesterday Detective Senior Sergeant Colin Baillie would not be drawn on the circumstances of the deaths but did confirm that a homicide investigation was launched after the post-mortem examinations.

"No one else is being sought," he said.

"Our thoughts are with the wider family and they are being supported by Victim Support."

The Mcilraith house stands out on Ayr Street because of its lack of maintenance.

The house and exterior fence are engulfed in ivy – some windows are covered.

The driveway is so overgrown with weeds the concrete cannot be seen and a red Toyota parked there is covered in moss and surrounded by long grass. 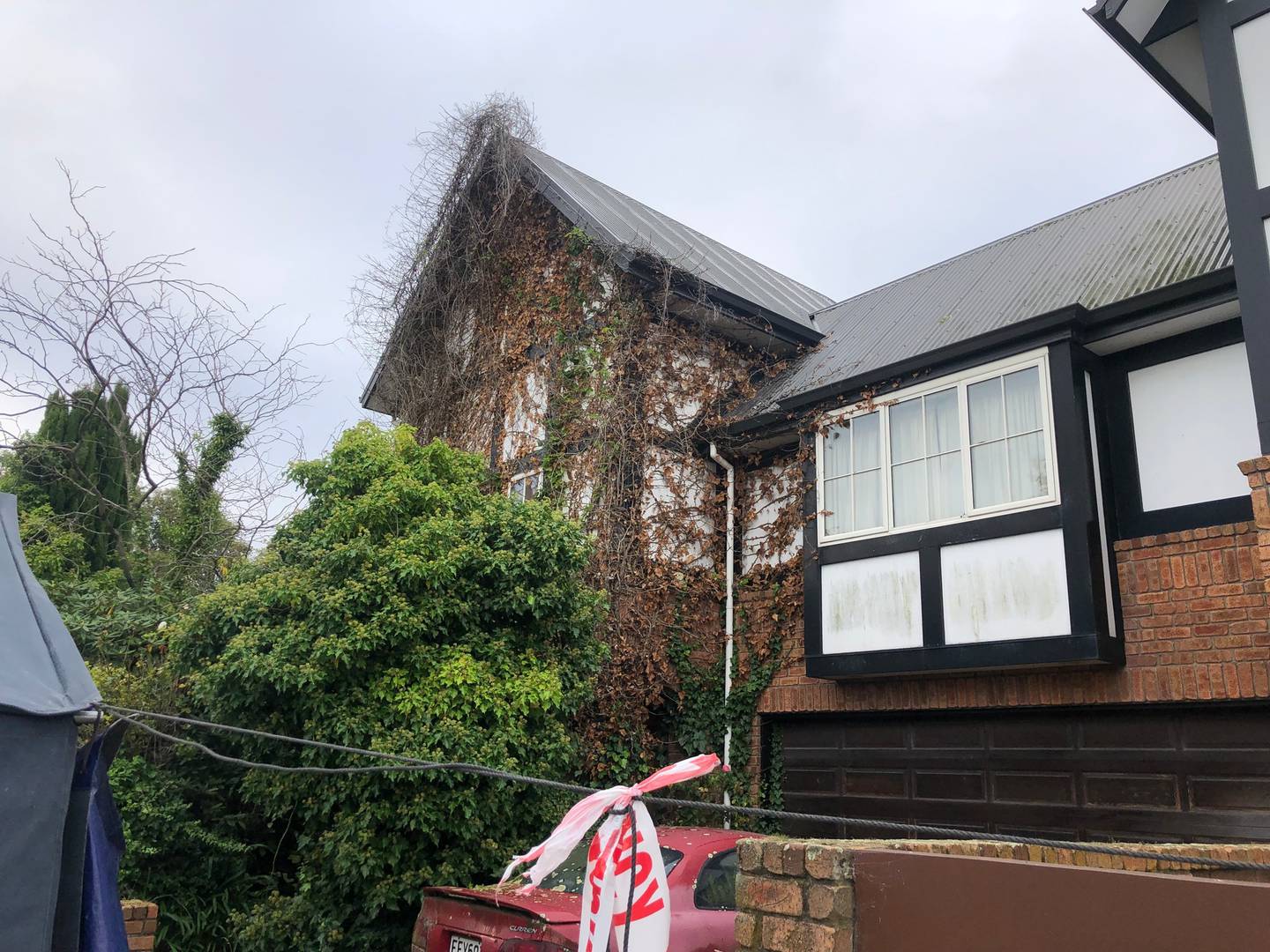 Police have cordoned off a house on the corner of Ayr St and Moana Vale Ave. Photo / Hamish Clark

When police arrived on Saturday uncollected mail was pouring out of the letterbox.

Residents said they had not seen the occupants of the house for some time.

But nothing seemed amiss at the house.

"I always thought this house was abandoned but had seen upstairs windows open a few times over the summer," said one woman.

A man who knew Beverley and owns a share in the house as a trustee said he had not spoken to her since September.

He had not heard what had happened to the pair but thought it was "very sad".

"I thought it was quite nice that he lived with her so she had the company," he told the Herald.

Beverley bought the Ayr St property before the 2011 earthquake.

The man could not recall exactly when she moved but said the house was damaged in the quake.