But one child, a 14-year-old who lived nearby, was simply pushed away by Peeni as he tried to intervene, while his own child, aged 6, also tried to stop his father beating his mum, by pulling on his T-shirt and biting him.

It was a beating described as so horrific, Peeni will now serve a minimum 15-and-a-half years in jail for killing Selwyn in front of five of her six children, and three others. All of the children present were aged between 6 and 14.

In sentencing Peeni this afternoon, Justice Graham Lang told the court the effects of witnessing and hearing the attack on the children at the scene will be life-long.

The attack on Selwyn was only 90 seconds and was also recorded by the 111 call centre after Selwyn called police for help on the evening of November 23, 2019.

Peeni had spent the day drinking and just returned from buying more alcohol when he started walking around the house and was heard saying that he was going to kill Selwyn.

Standing outside the house and with a 111 dispatcher able to listen, Peeni then punched Selwyn to the head, with her falling to the ground.

He then grabbed her hair and continued punching her four more times.

The 14-year-old then tried to intervene but was pushed away by Peeni. His 6-year-old son then also tried to stop him by pulling his shirt and biting him. 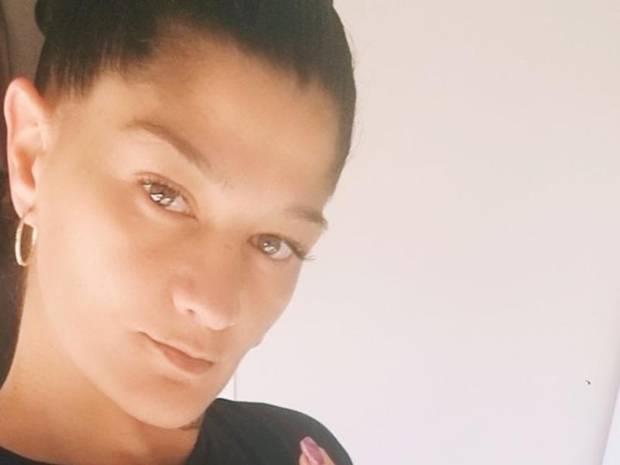 Crystal Lee Selwyn was beaten to death by her partner Rueben Peeni in front of several children, two of whom tried to stop the brutal attack. Photo / File

Instead of stopping, Peeni intensified his brutal attack by picking up a paving stone estimated at weighing between 6 and 7kg and began hitting her around the head several times while telling her that she was going to die, along with many obscenities.

After briefly putting the paving stone down, Peeni picked it up again and continued the attack, hitting her again between 7 and 10 times telling her "die you f****** a*******".

Three of the children witnessed the horrific attack - which lasted about 90 seconds - while five others heard screaming.

Peeni then fled, leaving the bloodied paving stone behind, for his sister's house.

He returned with his sister and her husband a short time later. Police were at the scene and he was arrested.

He pleaded guilty to Selwyn's murder on February 25.

Several members of both families were at the sentencing today.

Justice Lang said it would be some time before the family got over what happened.

"It will be many years, if ever, the family will come to terms with the grief they are suffering."

While Selwyn's mother's victim impact statement was suppressed by the court, Justice Lang said her aunty said a part of her died when she was taken that day.

The incident had caused psychological harm to all of the children present that day and the judge said there was no dispute Peeni would be jailed for life, it was just a matter for how long.

Crown prosecutor Rebecca Mann argued for a starting point of up to 20 years, while defence counsel Ann-Marie Beveridge submitted between 12 and 14 years.

However, Justice Lang said a starting point of 17 years was appropriate with an 18-month discount for Peeni's early guilty plea.