Catalytic converters, or cat converters, are in hot demand for valuable metal components, and brazen thieves work to quickly remove the emission-cleaning devices from beneath cars.

The craze among overseas criminals for cat converters has now spread to New Zealand, with police confirming dozens of recent thefts reported in Canterbury alone.

"Thieves are specifically targeting catalytic converters, which are made of valuable metals, and pawning them to scrap yards," police said today.

"These thefts are occurring from vehicles parked in the open, on the side of the road and in some cases car yards and vehicle storage facilities." 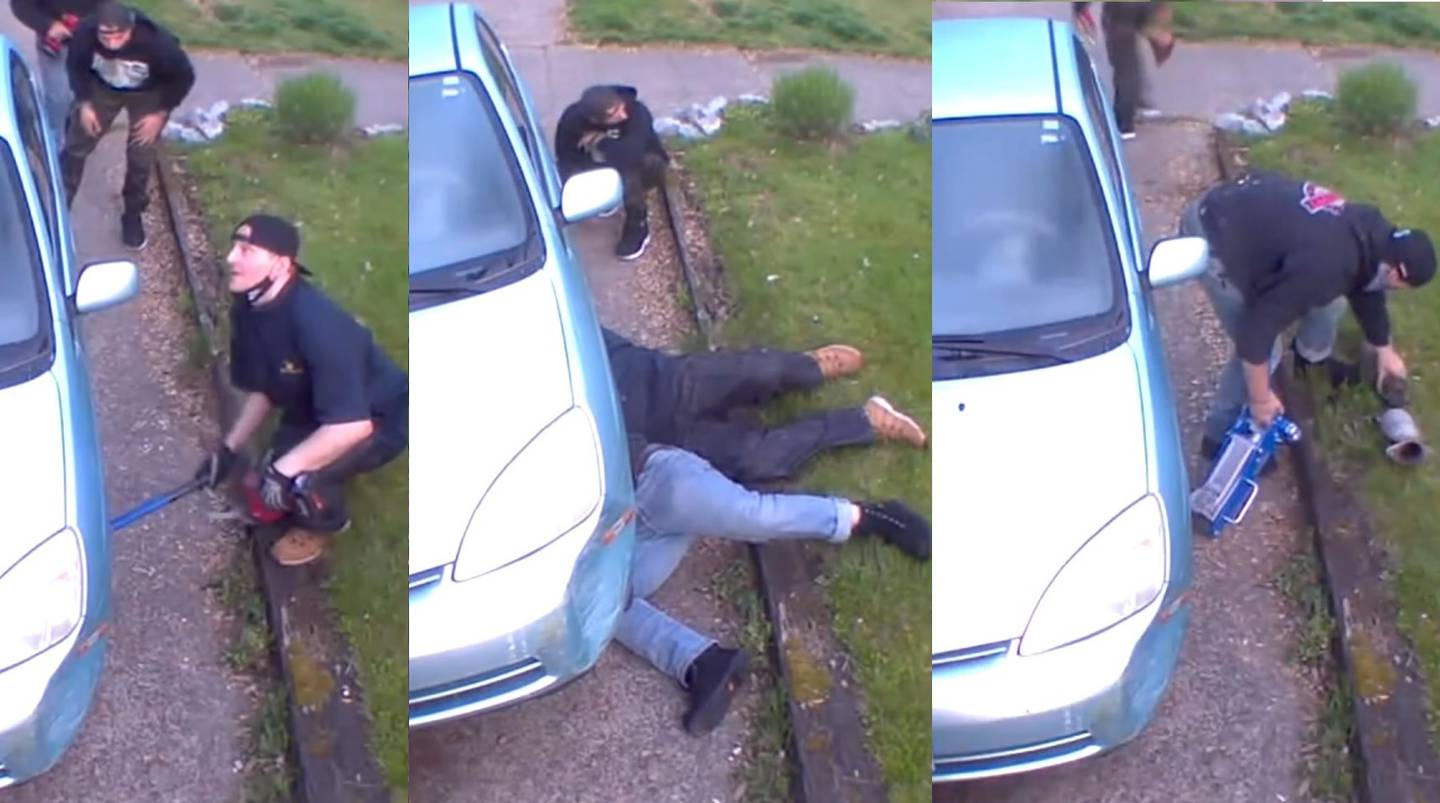 These fleet-footed and fast-fingered US crooks allegedly stole a catalytic converter in barely 30 seconds. Photo / Q13Fox Fair Use

Catalytic converters reduce the toxicity of emissions. And the value of metals inside the devices can vary by make and model.

Rhodium prices soared from early 2019 and across last year - and demand from the car industry for cat converters was cited as a reason.

A US car insurance expert told NBC News the rhodium, platinum, and iridium in the converters seemed to have a magnetic attraction to thieves.

It was also important to ensure private vehicles were parked securely, ideally in a garage or with a vehicle alarm installed.

"The public are requested to call Police if they notice any unusual behaviour including people crawling under cars late at night," police added. This old catalytic converter and its ilk can contain valuable metals. Photo / Ahanix1989

The NZ Association of Metal Recyclers was working with cops to help address crime, with an online portal where thefts could be reported.

"AMR strongly encourage all thefts to be first reported directly to the Police so that the police file number can be referenced on the report," police added.

Crooks could also sell scrap metal or second-hand car parts on Facebook or other social media.

Police in the United States and UK have noticed a surge in cat converter thefts too.

In Britain, a consumer organisation analysing police data found incidents of these thefts surged 104 per cent between 2019 and last year.