The widow of a man murdered by a gang prospect in 2009 says it is a bittersweet relief to learn her husband's killer has been denied parole again.

Hulio Ataria received a life sentence in 2010 after stabbing Mark McCutcheon outside the Sandford Arms Tavern in Central Hawke's Bay on January 23, 2009.

McCutcheon, 34, was stabbed three times by Ataria, who had been watching an argument between a gang associate and the associate's partner, and stepped into the fray when McCutcheon tried to intervene.

Ataria, then 23, admitted the stabbing but claimed it was self-defence.

At his sentencing, Ataria smiled and gave a gang salute from the dock.

His mother had barked - a sign of gang support - at Ataria's earlier first appearance in Hastings District Court, and after the sentencing, when he received a minimum non-parole sentence of 11 and a half years in prison. 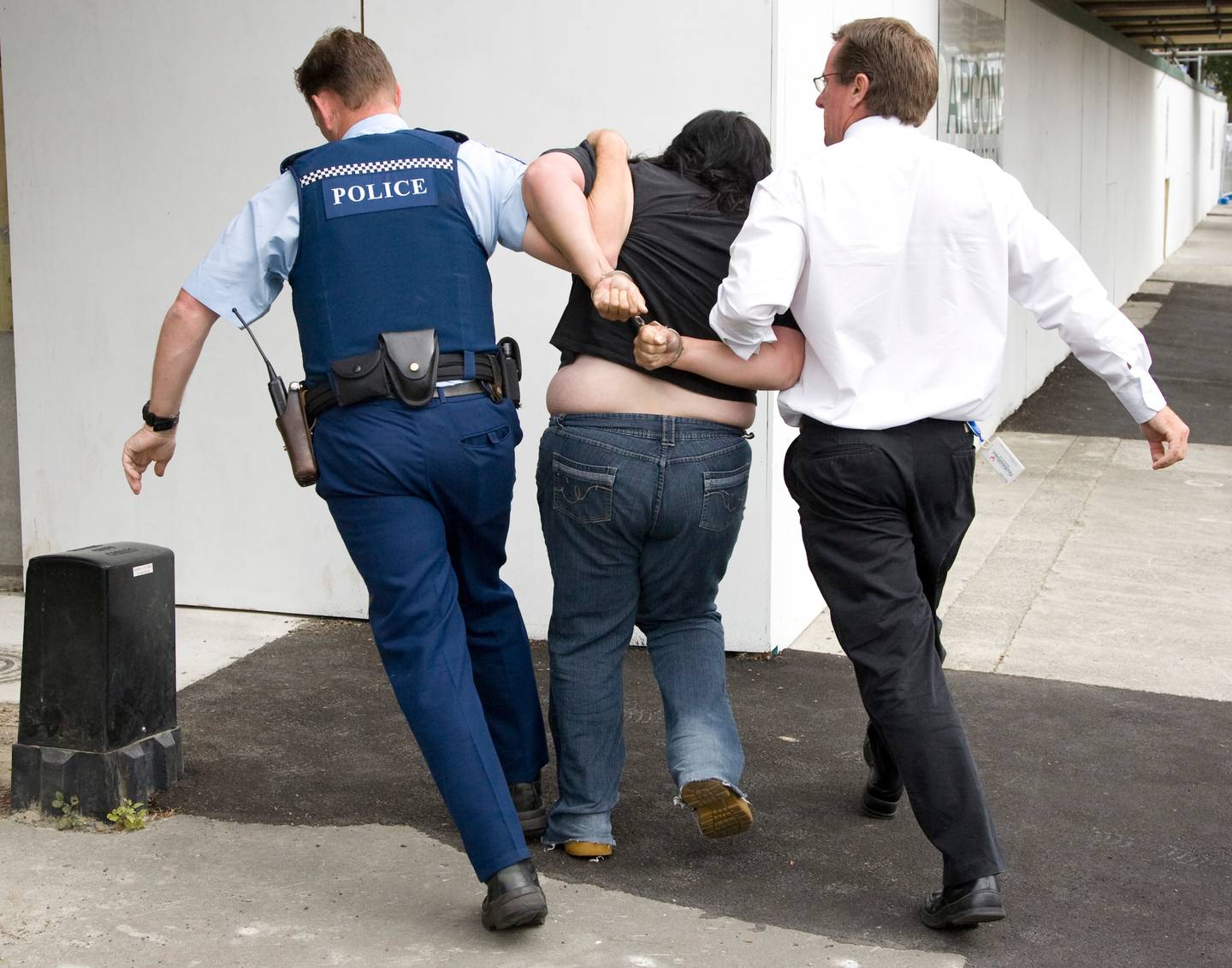 Hulio Ataria's mother is led from court after an outburst during the appearance of her son. Photo / File

After a March 31 Parole Board hearing, chaired by Sir Ron Young, the board deemed Ataria would be at undue risk of reoffending if released, and likely to reconnect with gang associates.

It noted he had maintained gang links in prison, giving gang salutes when greeting fellow inmates, but was working through appropriate prison programmes.

The board also noted it had suggested Ataria apologise to Stoddart and her family after his "appalling behaviour" in the dock at past court appearances.

"Ataria expressed his apologies for that behaviour.

''We invited him, therefore, to write a letter to the family of the victim, which recognised the effect the murder would have had on them and also apologised for the behaviour that he had shown.

"We leave that matter to him. In the meantime, he is an undue risk.''

"I believe Ataria has still, after 13 years, shown no remorse for taking Mark's life.

"Ataria feels no guilt for his actions, he is truly cold hearted and lacking empathy entirely. He is a killer who has never apologised for ending Mark's life."

"As a family, becoming a victim of such a horrific crime, our lives are an unpredictable mess of triggers and repeated trauma.

"We will simply miss Mark for the rest of our lives and our pain will never go away.

"Mark will forever be our hero.''

Ataria has requested that upon release, he move to Wellington.

"He believes that will take him away from his gang associations,'' the decision said.

"We remain concerned about Ataria's association with the gang. It is clear that he is still having close contact with them in prison," the board's decision said.

"We are concerned that on release if Ataria does not have any other social supports then he may well return to gang association, which is likely to lead him back into further offending.

The board said the way forward now is for Ataria to continue to work on himself and show he can behave appropriately.